Less than 8,000 invitations for skilled independent visa were issued by the Department of Home Affairs in the last financial year, the latest figures reveal.

Australia has recorded a significant decrease of 66 per cent in the number of invites issued for Skilled Independent visa in 2019-20 compared to the previous year.

Skilled Independent visa (subclass 189) is a permanent residency visa that allows the visa holder to live and work anywhere in Australia. However, there was a significant increase in the number of regional visas issued in 2019-20, after new regional visas were introduced in November 2019.

“This number could represent the most significant decrease of invitations and applications in the history of the Australian skilled migration program,” Mr Mark Glazbrook, an Adelaide-based registered migration agent told SBS Hindi.

“This is incredibly disappointing for aspiring skilled visa hopefuls, especially those onshore who have been working towards meeting the eligibility criteria for a skilled migration visa,” he said. 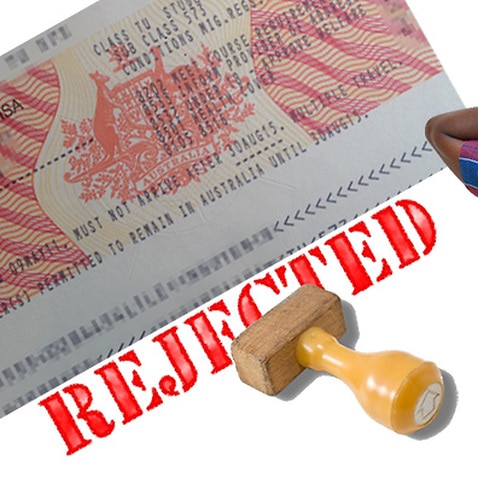 The most common reasons for Australian permanent residency rejection

In contrast, a significant increase was reported in the number of invitations issued for State and Territory Government nominated visa subclasses in 2019-20.

In June 2020 alone, 3,481 invites were issued by the State and Territory Governments. The number of intending migrants who received nominations from State and Territory Governments from 1 July 2019 to the end of June 2020
Department of Home Affairs
RECOMMENDED: Migration is a key component of Australia’s economic recovery in 2020-21: Department of Home Affairs

How will border closures and COVID-19 affect immigration to Australia?

While details of the 2020-21 migration program planning levels are yet to be revealed, the Department of Home Affairs has confirmed to registered migration agents that the existing 2019-20 migration program settings will continue to remain in place.

The Migration program is set annually with the number of places available capped at a ceiling of 160,000.

Migration agents have told SBS Hindi the invitation round of visa invites in July 2020 indicates that the regular monthly process continues.

However, states and territories have put their migration programs on hold as the migrant quota is yet to be allocated.

However, this year, the Department of Home Affairs has advised the states and territories to put their programs on hold until further notice as the quota for 2020-21 is yet to be allocated to states.

A spokesperson for the Department of Home Affairs told SBS Hindi the government was still working on the Migration Program for 2020-21 and that migration was a key component of Australia’s economic recovery as it responds to COVID-19 crisis.

“The Government is focused on ensuring the Migration Program provides Australia with the skilled workers required to ensure continuity of critical goods and services in sectors essential in Australia’s response to COVID-19 and our national economic recovery.

“In the COVID-19 recovery period, migration will be a key component of Australia’s economic recovery.

“The Australian Government is considering how best to shape the Migration Program to drive economic growth and support job creation during the recovery phase.” ‘Time to focus on onshore applicants’

Adelaide-based agent Mr Glazbrook said with borders shut, it was time to focus on onshore applicants and urgently reopen the state and territory programs.

“With international borders remaining closed for the foreseeable future and with a number of skilled visa hopefuls in Australia, the focus of the migration program over the next 2-3 years should be focused onshore, but also focused on demand-driven migration programs, targeting regional employer-sponsored visa programs and pathways to permanent residency,” he said.

“The Department should also urgently reopen the 190 program. The current closure of regional and state/territory programs is resulting in many highly skilled and qualified visa hopefuls being unable to lodge an application for a skilled visa and in some cases before their current visas expire,” he said.

However, when asked by SBS Hindi, the Department of Home Affairs did not provide any timeline on when the state and territory nominated skilled visa programs will resume.

Instead, the spokesperson of the department said, “State and Territory nominated skilled visa programs will play an important part in Australia’s economic recovery and continue to be a part of the Migration Program.” Australian citizenship: India emerges as the biggest source of new citizens in 2019-20