Troy Thornton says he would have preferred to die at home but Victoria’s assisted dying laws − which come into effect this year − wouldn’t have allowed it.

And he won’t be returning from Europe after deciding to end his life there on Friday.

The 54-year-old father of two travelled to a clinic in Switzerland this week following a diagnosis of cerebellar atrophy, a degenerative neurological condition, almost five years ago. 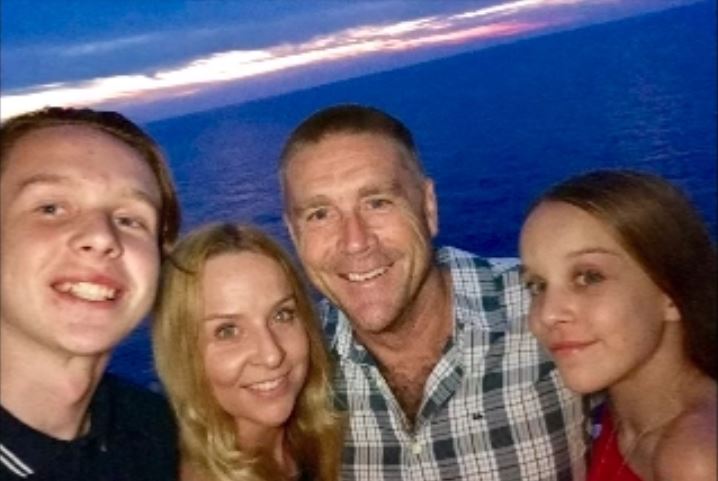 Troy Thornton with his wife and two children on a family holiday.
Supplied

Mr Thornton has followed a similar journey to that of Australian scientist David Goodall, who chose to end his life through euthanasia in Switzerland last year at the age of 104.

Mr Thornton’s family are supportive of his decision. His wife Christine has accompanied him on the journey and they have left their two teenagers behind with their grandparents.

The children have been prepared, as much as they can be, for their father’s decision.

Speaking to SBS News this week, Mr Thornton said he and his family have had a lot of time to come to terms with his decision.

“Be happy for me; I’ve had a great innings. I’ve been fed, housed, educated, travelled, had a great career, with a family and lots of friends,” he said.

Be happy for me; I’ve had a great innings.

His speech has become slurred as a result of his condition, which was later diagnosed as Multiple System Atrophy (MSA).

He also has tremors, nausea, bladder problems, and cannot eat or walk properly. His condition may later impair his vision and he will eventually need full-time care.

But while there is no cure for Mr Thornton’s condition, his diagnosis is not terminal. 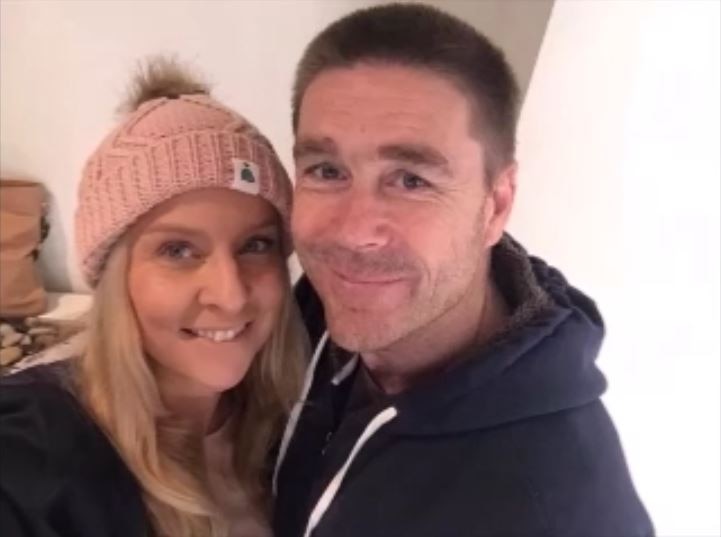 Mr Thornton's wife Christine is with him in Switzerland.
Supplied

The condition affects one in 10,000 people and is highly variable. Some live with it for many years, managing symptoms as they present.

The US-based charity The MSA Coalition says while the majority of patients die within nine years of diagnosis, some have been reported to live as long as 18 years.

There is “reason for hope” its website says, because MSA is related to other neurodegenerative diseases including Parkinson’s, and those diagnosed could benefit from ongoing research.

Mr Thornton said he recognises there are many other people “worse off” than him and was not looking to complain about his illness. In his case, he says he has rapidly deteriorated to the point where he can no longer do the things he enjoys the most. Mr Thornton was a firefighter for nearly 30 years.
Supplied

A firefighter for nearly 30 years and a keen sportsman, Mr Thornton said the disease has already robbed him of his ability to work, to be active and to be able to spend quality time with his family.

He has travelled to Thailand for stem cell treatment a number of times, and while he said it gave him some short-term relief from his symptoms, his condition continued to deteriorate.

“I have for the past several years tried my utmost to ‘fight the good fight’, to manage my condition as best I can, which I believe I have done with a lot of discipline, determination and a positive attitude, but unfortunately, consistent with my progressive neurodegenerative diagnosis, as predicted, my condition has now worsened,” he said. 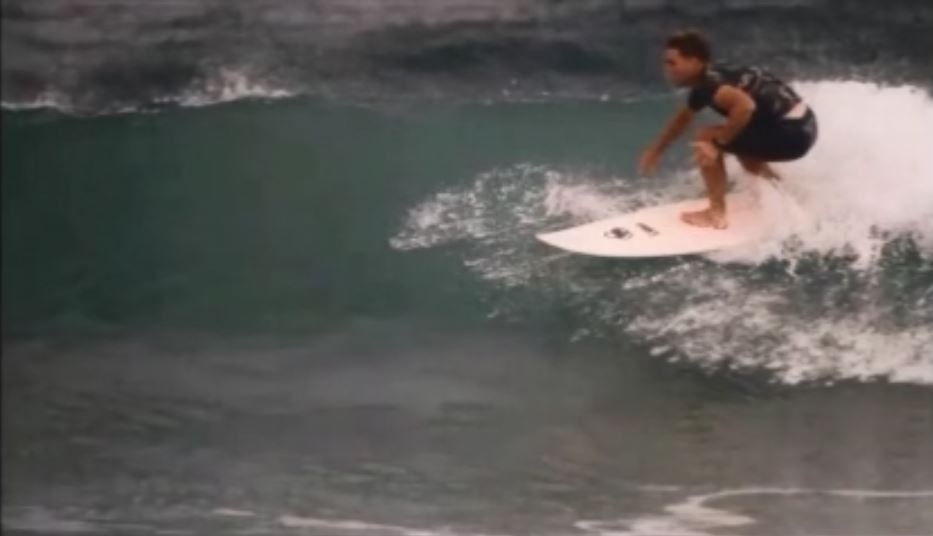 Mr Thornton was a keen sportsman and surfer.
Supplied

Euthanasia is a vexed issue in Australia and Mr Thornton has chosen to go public with his story to campaign for more legal options for people wanting to end their life in Australia.

Victoria is the only state to have legalised it (to a degree), with Western Australia debating a draft bill on it later this year.

Victoria’s assisted dying bill comes into effect in June, but there are strict guidelines about who is eligible. It requires a person to have an incurable disease that causes suffering to the person. They must also have received a prognosis of less than 12 months to live and be capable of making decisions.

Because Mr Thornton’s diagnosis is not terminal, he would not qualify.

“We think the bar has to be set fairly high in the first case so that only patients who have a terminal illness and perhaps have a short period to live are given that option,” he told SBS News.

Only patients who have a terminal illness are given that option.

“It will be reassessed over time, once the safety or otherwise of the legislation is established … but at the present time it’s just a very appropriate and measured first step.” 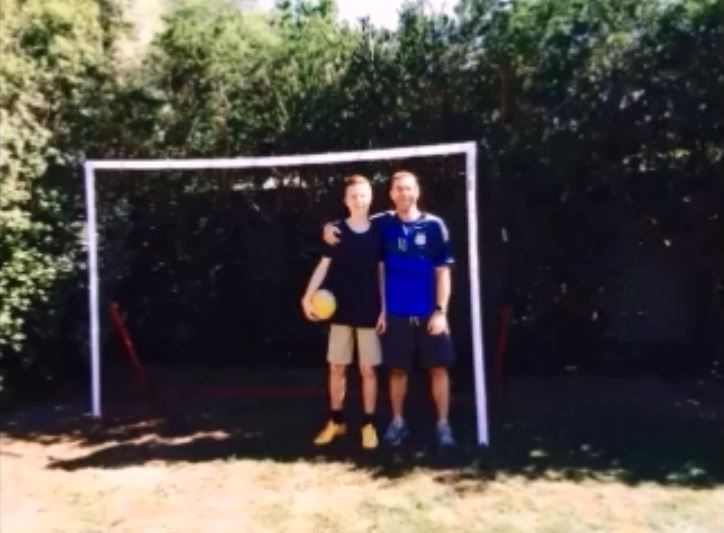 Mr Thornton with his son.
Supplied

A fundraising page was set up after Mr Thornton lost more than $5,000 he had paid as a deposit to another clinic in Switzerland after he had to cancel his visit last year.

He says his neurologist would not provide an up to date medical report needed when he knew what it would be used for.

Dr Rait said it was not unusual for a doctor to have a conscientious objection if they do not feel they want to be complicit with something that under Australian law is not sanctioned.

“There’s no legal obligation of doctors to refer a patient to have any particular treatment just because the patient wishes that to be the case,” he said.

“We have other examples in medicine where doctors may reasonably object to a patient's plan of treatment and might refuse reasonably to be involved. The patients then always have the option of seeing alternative practitioners to get an alternative point of view.” “It’s more likely to be a moral concern or ethical concern rather than any practicality or fear of any subsequent legal action. I find that would be a very hard legal line to try and establish it,” he said. Euthanasia: where does the rest of the world stand?

“One has to be impressed the Victorian government did what no other state government had done for 22 years since the Northern Territory law; they managed to get a piece of legislation passed and that’s quite an achievement,” Dr Nitschke said.

“Some people say it’s the world’s most restrictive or unworkable legislation and people like Troy who make a very clear case for why they should be able to get this assistance simply don’t qualify because of they of the erroneous pre-requisites that the Victorian law embellishes.” 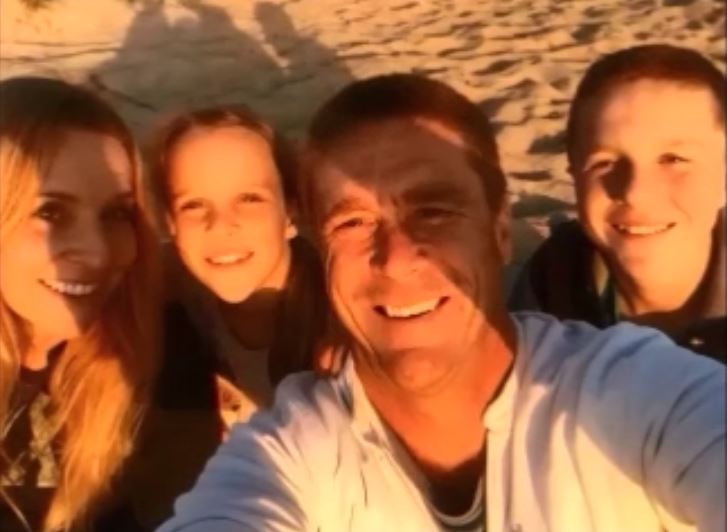 Troy Thornton and his family.
Supplied

Mr Thornton said the decision to go to Switzerland was made after extensive consultation.

He has said he gave much thought to the fact he will not be able to see his children get married and start families of their own.

As a firefighter he was also often the first responder to suicides. He witnessed the impact it had on families and said he did not want to put his own family through that. He also lost a colleague to suicide.

For Mr Thornton, being able to die at home with his family nearby would have been a preferred option, he said.

But what mattered most, in the end, was being able to choose his own path.

Mr Thornton has planned his own funeral and made a video to be shown at his service, explaining his decision and saying goodbye. Victorian Health Minister Jenny Mikakos said the state’s assisted dying laws go far enough and there are no plans to widen their scope.

“Victoria is the first state to pass voluntary assisted dying laws, with a model that’s the safest and most conservative in the world.”

“These laws are compassionate but conservative, with rigorous safeguards that reflect the wishes of the Victorian community,” she said.