Alice Bordignon had barely been in Melbourne for two months as an international student when the COVID-19 pandemic struck. She was juggling two hospitality jobs to support herself. But when the lockdown was imposed in March to minimise the spread of the coronavirus, she lost her restaurant job.

“I was doing just 20 hours per week in total but then I lost this job at the restaurant and business went down at the ice-cream shop where I am now left with fewer hours. It’s been tough. You know how expensive Melbourne is,” she says. 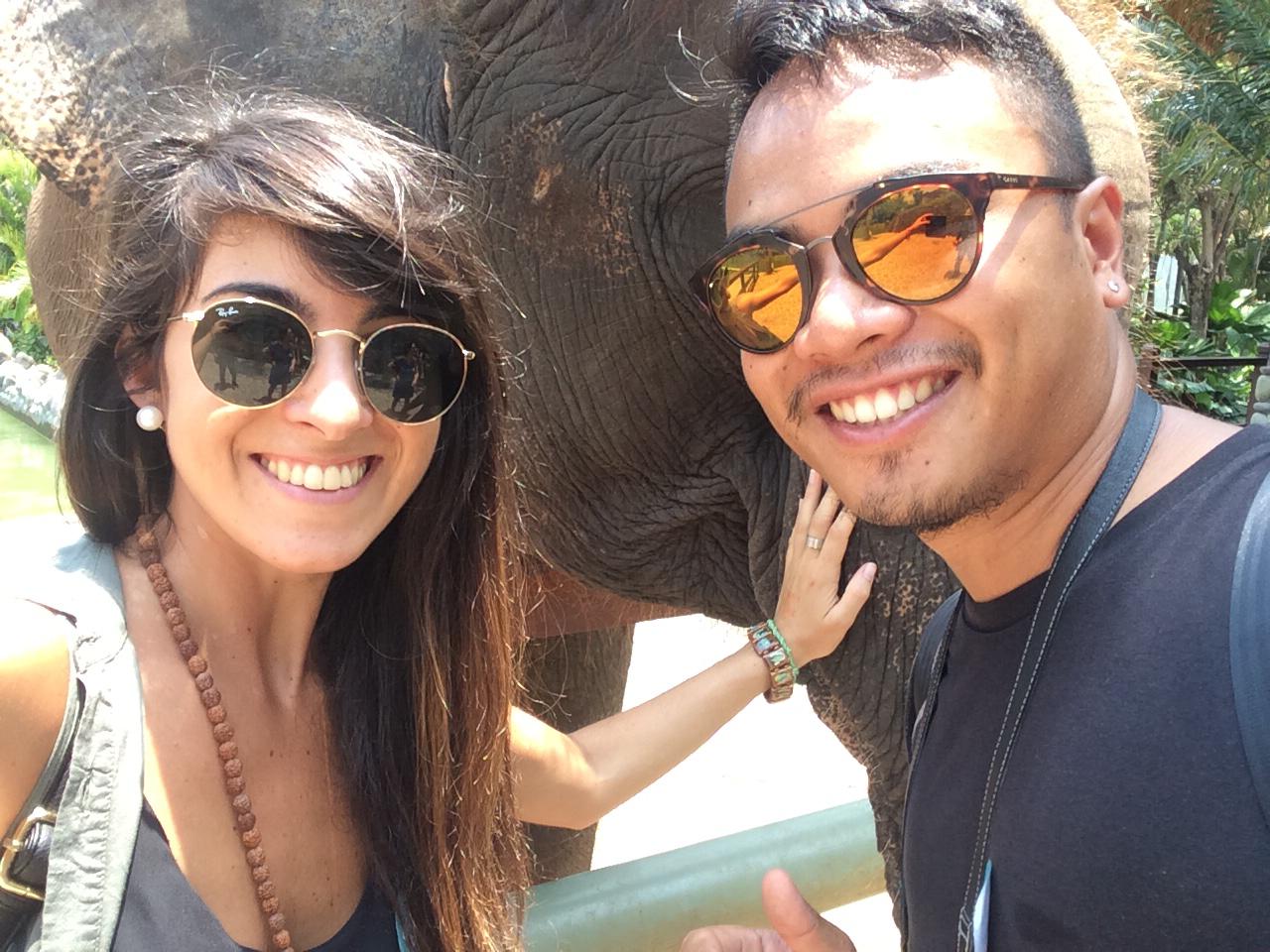 Alice Bordignon with her partner
Supplied

Ms Bordignon has an aunt in Melbourne who supported her for some time after she lost her restaurant job.

“But then my partner came from Italy to live with me and he hasn’t been able to find work so far. With my course fee, rent and food, my 10-15 hours' work isn't enough to pay for all of it. We are using our savings from Italy.”

But many other temporary visa holders in Australia don’t have any support or savings to fall back on.

Mayan*, a Malaysian asylum-seeker, is on a bridging visa while she awaits a decision on her protection visa application. She has been looking for work since December last year.

“I keep trying but the Bridging Visa makes it harder to gain employment. Everyone says we are only employing people with permanent residency or citizenship. They are worried I won’t stay long,” she says.

Why won’t his Federal Liberal counterparts do the same and extend Covid-19 support to temporary migrants trapped in 🇦🇺?

Because of being unemployed, she lives in a room with five other women and relies on handouts to get by.

“I am on the verge of homelessness, I am going crazy. I was on a waiting list for a women’s refuge for two months and they finally told me that they cannot take me because I am not a resident and I don’t get Centerlink [payments],” she says.

Mayan would have been eligible for government support under the Status Resolution Support Services program. But recent budget cuts to the program mean that fewer people access it now.

“Over the last years we have seen a high number of clients were pushed off the program in many ways because there was a shift in policy and the view was if they could work, irrelevant of whether they had work, then they could no longer remain on the program,” says Violet Roumeliotis, CEO of Settlement Services International.

She says hundreds of people have approached the organisation during the COVID-19 pandemic claiming they had lost work and needed support, many among them student visa holders and other temporary visa holders not covered by any government support.

Without the support of the settlement service providers, there is a significant risk that a proportion of migrant and refugee communities in Australia will fall between the cracks.

Alice Bordignon says the government should have extended support measures to international students.

“We are contributing to the economy – we pay tens of thousands of dollars in fees, pay our taxes, create jobs for others – this should be recognised. These are difficult times and the government could give us the same support it’s giving to Australians,” she says.

“The sector peak body and service providers wrote numerous letters to the government but they fell on deaf ears. So, we were clear we weren’t going to get any funding there,” Ms Roumeliotis told SBS Radio. She says while they are supporting temporary visa holders, but in the absence of additional government funding and increased demand for support during COVID-19, settlement support organisations have come under financial strain.

The Department of Home Affairs says it has worked closely with service providers to ensure vital support for humanitarian entrants during COVID-19.

"The Department will continue to fund essential support to humanitarian entrants and other migrants, including English language training and maintaining health and wellbeing, during their first five years in Australia," a spokesperson told SBS Radio.

The spokesperson added that the Australian Government allocated $7 million in funding to Red Cross to provide emergency relief to temporary visa holders besides the assistance offered by state and territory governments.

Ms Roumeliotis welcomes the support offered by some state governments but says they are a "very short term solution to long-term systemic issues". She is calling for the support services to be linked to a person's needs rather than their visa status.

“In situations like this, there needs to be a safety net for all people otherwise you will have an underclass of people which is going to be far more expensive  to address further down the road when people fall into criminal activity, ill health, homelessness and mental health.”

“We should leave nobody behind and look at how can we be a better society post COVID rather than default back to the standards where everything was measured as an economy rather than as a society.”

SBS Radio has contacted the Prime Minister’s office for comment.