While approvals for Australian citizenship conferrals have increased since July 2018, the backlog of applications has remained higher than 200,000 and waiting times have worsened.

The number of migrants becoming Australian citizens has recorded a “significant” growth compared to last year, says the Department of Home Affairs, but a record number of applicants remain waiting as most citizenship applications take up to two years to process.

Minister for Immigration and Citizenship David Coleman said there was an 83 per cent increase in the number of citizenship applications processed in the last six months of 2018 compared to the same period in 2017.

Between July and December last year, 72,647 citizenship applications were finalised compared to almost 40,000 during the same 2017 period when the total number citizenship approvals fell to a 15-year low of just over 80,000.

Out of the total applications processed this year, 64,015 have been approved, 4,155 were refused and the rest were found invalid or withdrawn. Mr Coleman said the Department of Home Affairs set up a task force to focus on complex citizenship cases that were taking a long time to process. He said a $9 million investment was being made to recruit and train extra staff for efficient management of citizenship applications.

However, nearly 237,000 migrants are still waiting to pledge allegiance to Australia with the current waiting times stretching to 20-25 months. The backlog was nearly 81,000 in June 2017 and 90 per cent of the applications were processed in 13 months.

According to Department of Home Affairs figures supplied to SBS Punjabi, around 65,000 applications were received between July and December 2018, and a total 236,694 applications were in hand at the end of 2018. 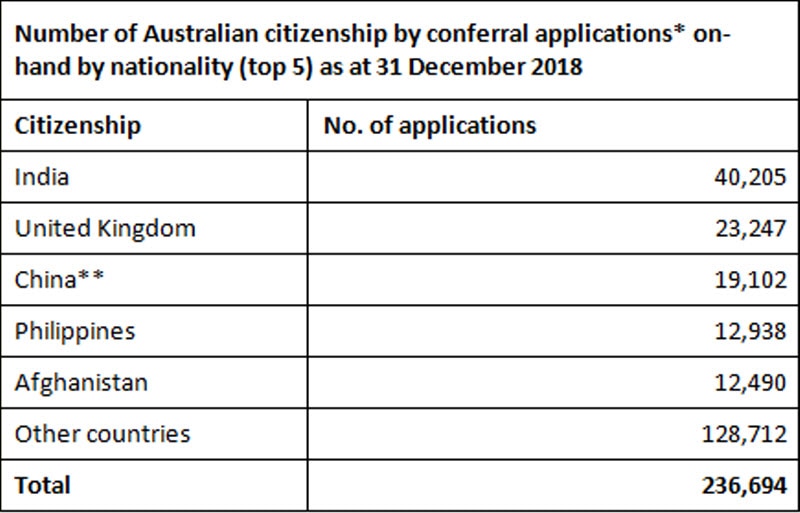 Indian national Jai Kishan Sharma is among the 40,205 Indian migrants waiting for an outcome of his citizenship application. He has been in Australia for over 10 years and expects another year’s wait before he becomes an Australian citizen.

“It [the wait] is too long... I think the government should put in more resources to process citizenship applications faster,” Mr Sharma told SBS Punjabi.

Sharma believes Australian citizenship would not just get him better career opportunities but also make him feel like he belongs in Australia.

“It’s important because I will be able to vote, have my say in the process when I am going to live here all my life. So, making people wait so long makes no sense.

“And of course, in terms of career and job, I have had to let go of opportunities because I lacked just one requirement - the Australian citizenship,” he said. 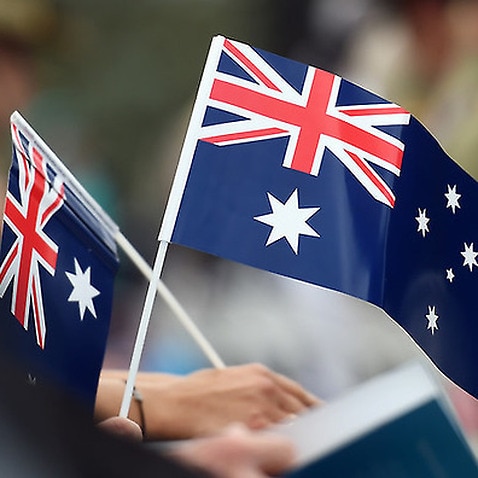 Will Australian citizenship requirements change in 2019? 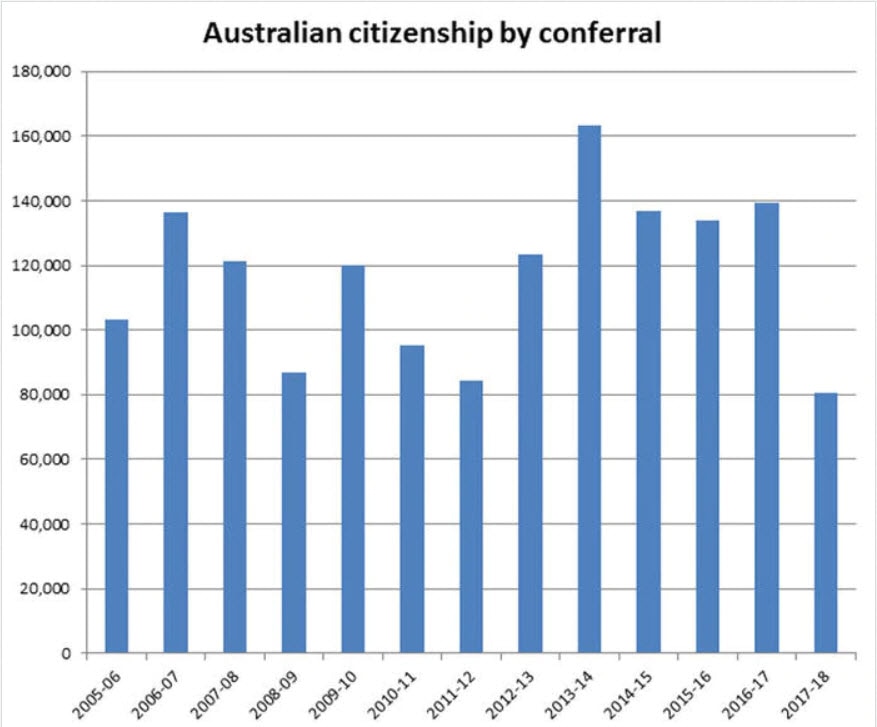 Australian citizenship by conferral from 2005-06 to 2017-18. Source- Government of Australia
SBS Punjabi

Though the House of Representatives voted in favour of the legislation, the proposed changes haven’t become law so far after it was struck off Senate notice paper in October 2017.

But migration industry insiders believe the move caused “a great deal of concern among migrants” which prompted many of them to lodge their applications at once.

“What it did was it kicked off a sudden flurry of activity among those migrants who were eligible or were soon going to be eligible to apply for citizenship but had been taking it easy. They began sending in their applications and remember the Department had stopped processing new applications after the announcement in April 2017 until the Senate threw out the legislation,” says Sunny Chandra of Sunmarg Migration.

While the Department of Home Affairs had until June 2018 maintained that the citizenship changes would be implemented in July 2018, if passed by the parliament, the legislation couldn’t be brought in the Senate.

Mr Chandra says it’s unlikely to be discussed in the upper house where it faces strong opposition from Labor, Greens and some crossbench Senators.

“It seems the Government has put it on the back burner with no breakthrough in sight in the Senate. Plus, if you look at the calendar, there aren’t many days when the Senate is going to sit before the election,” Mr Chandra said.