The Nepal government recently launched a "Visit Nepal 2020" campaign with the aim of attracting more visitors to the country. Similar campaigns have been organized in the past years as well. But it's not only the tourists the government wants to invite. They want international investors to come to the country too.

Announcing the latest tourism campaign, the government wants two million visitors to Nepal in 2020. But with just over nine hundred and forty thousand tourists visiting the country last year, it may be an ambitious target to set for the country whose major source of income is tourism.

Nepal is said to have moved away from agriculture as it's primary industry. The service industry now constitutes more than 54 percent of its GDP.

Nepal's Ambassador to Australia, Lucky Sherpa is keen to highlight that her country is open for business investors too.

During a recent Nepal Australia Business Forum held in Melbourne, Ambassador Sherpa said why Nepal could cater not just for tourists but for investors as well.

The forum, held in early July, was a first of its kind held in Australia, jointly organised by the Nepal Embassy and the country's consulate in Victoria.

At the forum, an official from Australia’s Department of Foreign Affairs and Trade stated that Nepal is ranked quite low when it comes to ease of doing business.

It is going up the ranking lately, she added, but there is more to be done. “Without having the confident business environment you won’t attract the private sector,” she said, highlighting the importance of business investment.

Sherpa, however, emphasized that Nepal is open for business. Highlighting the political stability and business-friendly environment, she urged the attending business community to invest in a range of opportunities that exist in Nepal.

Sherpa gave a special mention to the Nepali community in Australia and said that the dream of prosperous Nepal can be achieved with the help of this wonderful diaspora.

“Besides tourism and energy, there are many avenues that one can invest on,” she told SBS Nepali.

“Investment in sectors like education and vocational training can attract a huge number of students locally. Also, it will cut down their need to travel overseas to upskill themselves and the country can save some money too by keeping the investment within the border.”

Nepal’s close proximity to India and China, both economic-powerhouses, gives an extra advantage if it is to exploit its potential.

Although manufacturing only accounts for 6 percent of total GDP, Nepal aims to become a middle-income country by 2030 and is keen to increase the share of manufacturing.

"For manufacturing, you don’t necessarily need to open a large-scale factory with massive production", says Maha Prasad Adhikari, CEO of Nepal Investment Board.

The board is within Nepal's Prime Minister's department and Adhikari says that will provide certainty to investors.

“I have seen keen interest on Small & Medium Enterprises,” Adhikari told us. The natural resources of Nepal are highly suitable for agri-business and compared to Australia- the soil, water are much better suited for agriculture and farming, he added.

“I am confident that the skills and knowledge that you learned here can be replicated in Nepal and that too, with bigger and better advantages,” he added. 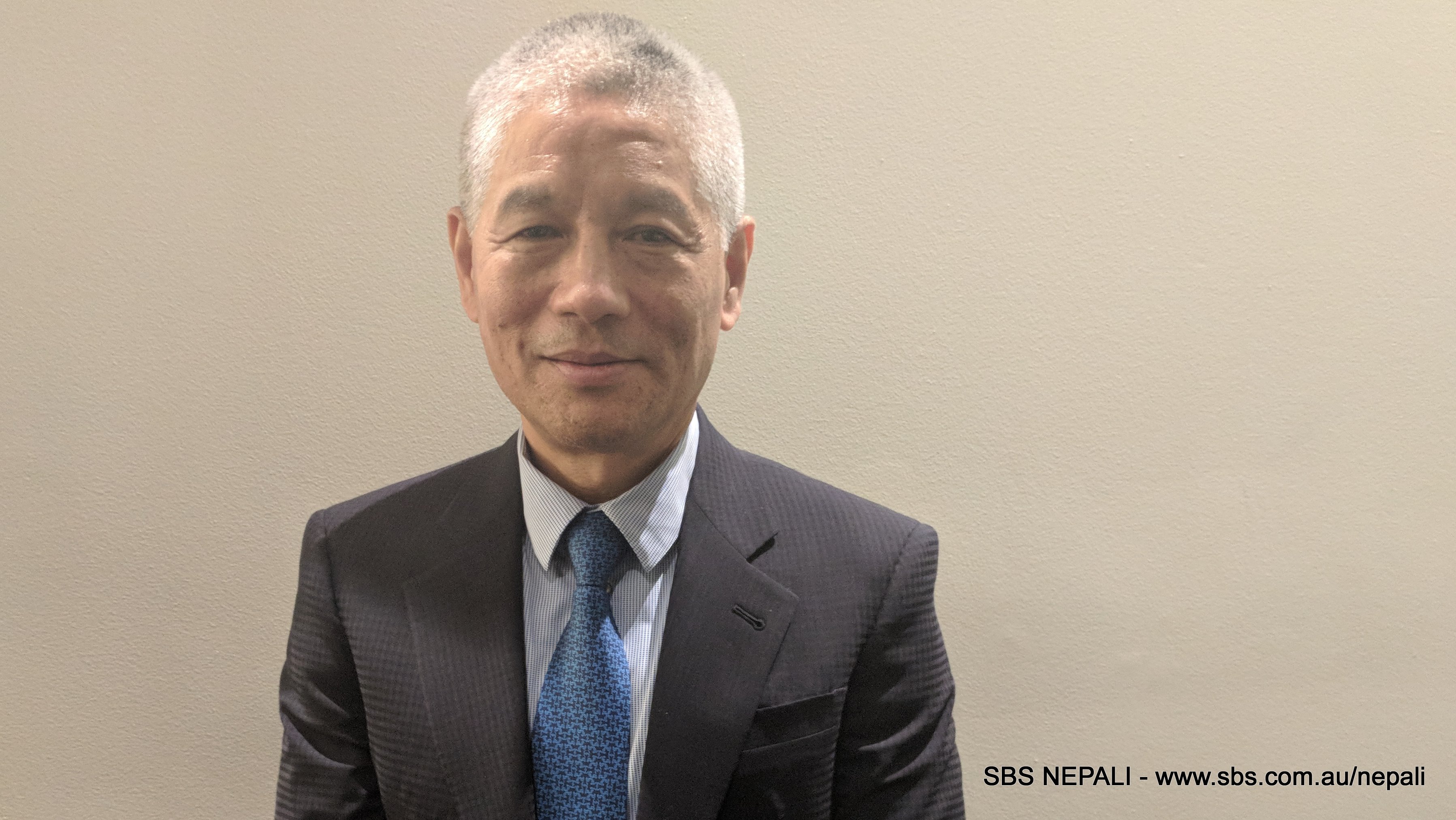 Shesh Ghale is a prominent Australian businessman with Nepali roots. He believes that many Non-Resident Nepali, including himself, are quite willing to support Nepal when there is a social need, like earthquake relief and other charities. However, when it comes to business investment, the dilly-dallying of the authority can be quite frustrating, he says.

“For example, I only get a visa for a year, and I have to renew it every time,” he told SBS Nepali. “These are the minor things, which the government can simplify to encourage foreign investors.”

“Economic growth is not possible without the participation of private sector. The government needs to encourage this sector by simplifying rules and making the business-friendly environment,” he added.

Indeed, with better policies and a great business environment, Nepal may not need to use the same tag-line of Visit Nepal in coming years. Without any prompt, many tourists and investors will flock to the country to make the most of what it offers.