The 2019 season to scale Mt Everest has kicked off with veteran Nepali mountaineer Kami Rita Sherpa becoming the first person to climb Mt Everest for the 23rd time.

According to officials, the 49-year-old Sherpa broke his own world record when he reached the top of Mt Everest at 7:30 am on Wednesday.

Sherpa was 24 when he first reached the top of the world’s highest peak in 1994.

A day before Kami Rita Sherpa broke his record, an eight-member rope fixing team had reached the top of the mountain 8,848 metres above the sea level to kick off the climbing season for this year.

According to Nepal’s Ministry of Tourism, the team of experienced Nepali guides fixed climbing ropes on the southern side of the mountain,  used by aspiring tourists paying thousands of dollars to get to the top of the tallest mountain in the world.

''The team of experienced mountain guides scaled Everest on Tuesday afternoon after the weather cleared."

"This has opened the way for other climbers to scale Everest for this spring season,'' said Meera Acharya, Director at Department of Tourism from the base camp located more than 5,000 metres above sea level.

''We had planned to open up the route from May 12 or 13 but unfavourable weather forecasts made us postpone the date.'' It has now opened the door for mountaineers waiting to scale Everest in the spring season.

According to the Department of Tourism, over 378 climbers have obtained climbing permits for Mt Everest - out of which 365 are foreigners from various countries. 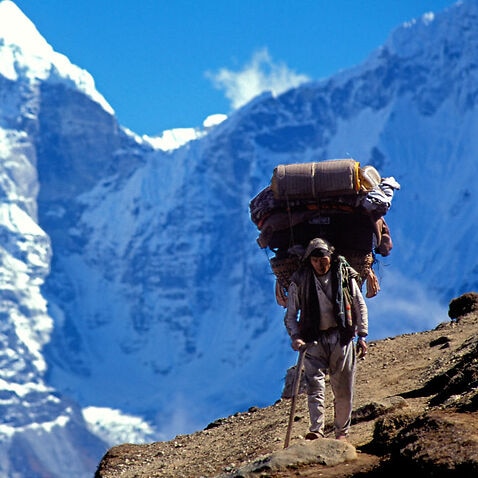 Why is Mount Everest running out of Sherpa guides?

Himalayan guides are assigned to open the climbing route every year.

This year a group of ‘icefall doctors’ were assigned the job of opening the climbing route from base camp to Camp II.

Similarly, another group of experienced rope-fixers, who are accustomed to high altitude climbing, were assigned to fix the route above Camp II. The Department of Tourism has collected around 6.3 million AUD in royalty this season by issuing permits to climb 30 different peaks inside the country.

Currently, many climbers are in Camp II and III waiting for their turn to scale Everest.

''The long wait for mountaineers this season has ended as the climbing route has been opened," said Mr Acharya.

''All we need now is favorable weather condition."

A team deployed to fix the ropes in the Northside in Tibet has yet to complete their task. The team, which had left on Sunday, has not been able to finish their task due to unfavourable weather conditions.