The Greek Australian curator behind the initiative, says the compilation of recordings misrepresenting Aboriginal peoples and cultures could create opportunities for turning a controversial legacy on its head.

It has just been a couple of months since the release of the “Before the Boomerang came back” album.

“I started working on an index on my blog. The album compilation was an extension of that documentation project, a way to refine that broad documentation focus and present a curated selection of the recordings within a specific context of the 1950s as background,” Mr Alexandratos explains.

The compilation based on his ‘Musical Aboriginalia’ index, features 13 songs produced between 1949 and 1962, with one unifying topic: misguided representations of Aboriginal peoples and cultures.

An avid researcher of cultural depictions in music, the Sydney-based writer and sound archivist describes the initiative being sparked by the desire to create a missing database resource.

“It came out of an ongoing interest I’ve had since probably my teenage years to investigate topics of the past that haven’t been given proper attention or have been overlooked and that was a motivating factor for me[…] realising it was a way of tackling the ongoing legacy of injustices against Indigenous people and particularly representations of race.” 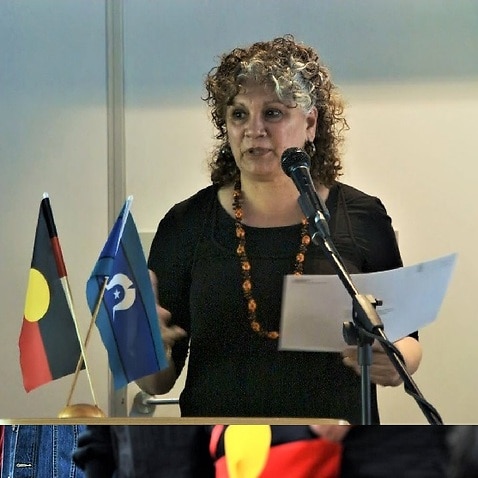 “We, the Aboriginal Australians, were swept under the carpet so often”

Lyrics in some the songs include stereotypes about Aboriginal workers or paint an imagery of “native” animals, plants and people.

In other cases - like “The Song of Dijeridoo”, released in 1949 when no commercial records existed of the iconic instrument played by Aboriginal musicians – tracks appear to claim ownership of traditional Aboriginal sounds and culture.

The title of the album is a reference to the 1960s controversial song “My Boomerang won’t come back” for which ABC received a complaint when aired in a 2015 show.

“The actual recording isn’t in the album itself but it was more of a reference point to recordings produced before.

“It’s such a well-known, recognisable recording, so I wanted to draw attention to other songs that appropriated indigenous themes,” Mr Alexandratos explains. The cover of the album is an artwork reproduced with permission from acclaimed Indigenous artist, Tony Albert, known for his ‘Aboriginalia’ collection, a term he coined to highlight naïve and stereotypical portrayals of Aboriginality featured in kitschy objects and imagery.

According to Mr Alexandratos, the release of the album with Tony Albert’s artwork, strengthens the argument of not dismissing stereotypical representations found in the tracks he brought together as “pop culture frivolities”, “because systems of representation enforce systems of oppression.”

The recordings, he says, “weren’t really accessible and needed to be uncovered so that dialogue and discussion to happen.”

But he states cautious “not to dictate how, when or why, these recordings are used.”

“Ideally, I’d like to see them repurposed or reproduced by First Nations musicians or artists […] But again, it’s not my role to be the gatekeeper.

“Success in terms of this project would be me laying the groundwork for other things to happen in the future,” the curator says, pointing out he potential for both creative reinterpretations and research use. 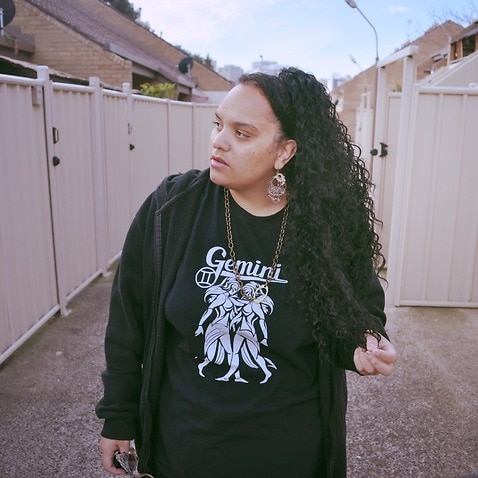 A passion for uncovering ‘overlooked’ stories

Mr Alexandratos’ parents were born in Australia but both sides of his family hail from Greece with his paternal great grandmother having migrated as a refugee from Asia Minor in the 1920s.

He describes the exploration of this part of his heritage during his teenage years, as the entry-point in developing an interest in researching archival recordings of significant cultural legacy.

“This is around the time I was starting to integrate my Greek heritage into my identity, listening to old recordings of Greek music and building up a collection of recorded music that I found captivating.” 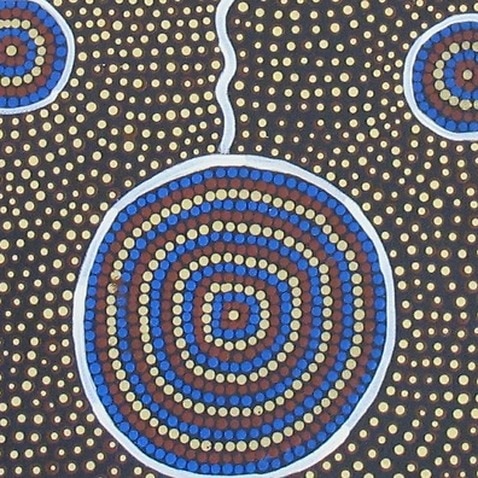 Homologies of Abstraction in Aboriginal and Byzantine Sacred Arts

Mr Alexandratos says he felt compelled to embark on a similar exploration of the cultural legacy of his birthplace.

“I always acknowledge although my roots are in Greece, I was born here in what was and is Aboriginal land.

“As I started to become interested in and collect recordings from First Nations musicians and artists from the same era in Australia, 1920s/30s[…] I wondered what it meant for them as pioneering recording artists representing their own cultural legacies, songs and stories.

“The desire to uncover these overlooked stories, in sound recordings or what remains in the historical record, became an imperative for me and informed all my future work,” Mr Alexandratos says.