Gujarati families from Kenya and Gujarat came together with a Kiwi to establish one of the biggest printing press in Western Australia. It now employs 70 people from 16 different nationalities and that's not all...

Kishorebhai Shah, a Kenyan Gujarati was only visiting Australia for his son’s admission to the university but the family ended up collaborating to create a business that has received 8 Gold, 5 Silver and 4 Bronze Medals at the 2017 PICA Printing Industry Craftsmanship Awards.

Kishorebhai and Sushilaben Shah lived in Kenya where the family had a white goods business. Around 1995 Kishorebhai thought of migrating for better opportunities for his son's higher education. He had been importing washing machines from Australia around 1955-1956 which was his first indirect connection to Australia.

As years passed his eldest son Atish Shah went to U.K to study accountancy. Father and son had been discussing higher education opportunities for Atish’s younger brothers Amit and Manish.

Atish was of the opinion that the UK weather was too cold and so the family should consider sending the younger brothers to a country where not only was the education of good quality but the weather was also good. And they decided on Perth. Kishorebhai came to Australia for his sons’ admission and once he had made all the arrangements he went back to Kenya.

Meeting someone who spoke their language, the trio connected instantly.

Brothers started their university courses and would go to the local park for a walk in their free time. One day they met Ramesh Patel who had migrated to Australia from central Gujarat. Meeting someone who spoke their language, the trio connected instantly. They spoke about the family business in Kenya and decided to start a new business together in Australia. 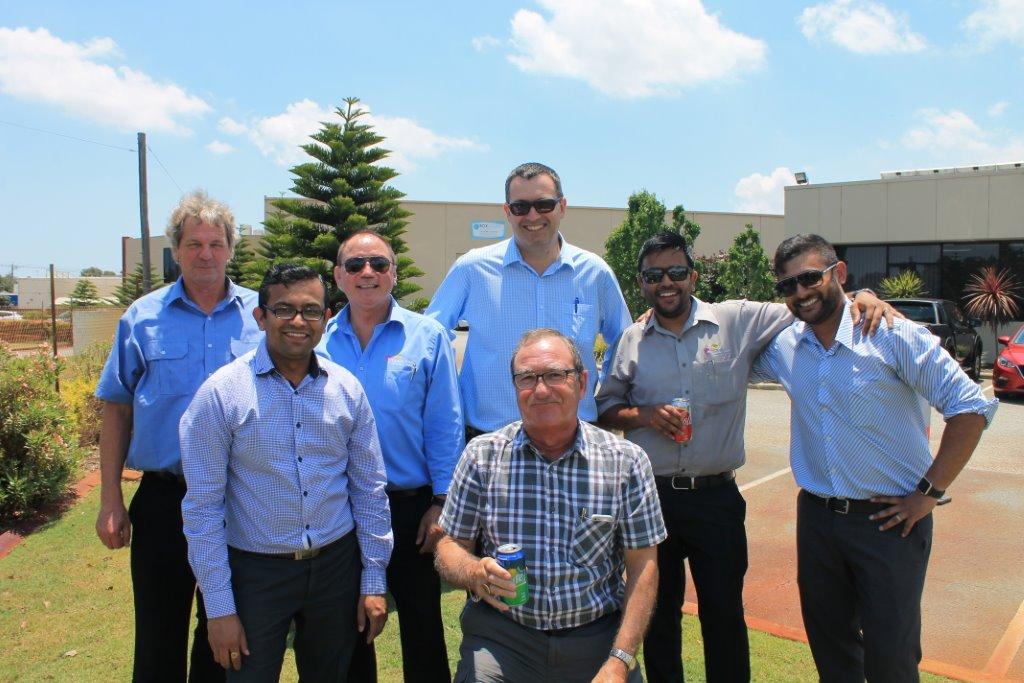 The next person to join them was Graeme Young, originally from New Zealand and had the technical know-how of printing industry. He helped them set up Quality Press in Perth while Atish Shah also left the UK and joined his brothers in Perth.

The small company with humble beginnings was the first to introduce plate technology from CTP computer in Australia in 2000.

Quality Press now employs many locals, is conscious of its responsibilities towards the environment and the society promoting multiculturalism.

16 different nationalities make up the staff of Quality Press.