More than 250 truck drivers, many of them of Indian-origin have had their multi combination (MC) licences revoked after the state's Transport and Main Roads found that they weren't assessed as per the required standard.

Over 250 truck drivers, many of them of Indian-origin found themselves in the firing line in Queensland after the state’s Department of Transport and Main Roads suddenly revoked their Multi-Combination Heavy vehicle licences in a spate of cancellations.

TMR claims that it discovered during a routine audit that the training and assessment of drivers delivered by Brisbane-based ‘Aegis Training Services Pty. Ltd.’- the registered training organisation that issued the MC licences did not meet their required standards. Snapshot of TMR's letter to one of the affected drivers
Supplied

In response to SBS Punjabi’s query, TMR said: “The issue of MC training provided by Aegis Training Services Pty. Ltd. is a serious matter under investigation by TMR and Queensland Police which is why we have removed their approval to deliver Statements of Attainment for licence class MC [multi combinaiton].”

Though he conceded there were "minor clerical errors" in the record and on one occasion an Aegis affiliated contractor did use an unregistered trailer, Mr Bougoure said it would be "surprising" if those errors could have resulted in such a "harsh action".

“Aegis Training Services Pty Ltd has never withheld, attempted to withhold or deceived any regulatory authority in relation to the delivery of any course, qualification, Statement of Attainment or any other training or assessment processes,” said Mr Bougoure. But it's the truck drivers who are the hardest hit, many of whom claim that they have lost their livelihood in the process. Brisbane-based Jay* who had recently acquired his licence through Aegis told SBS Punjabi that his whole life has come to a standstill.

“I was shocked to have received the cancellation notice. I had this big opportunity in front of me that could have changed the course of my life but all went down the drain when my licence was revoked,” said Jay.

Jay is now driving a smaller truck instead of an MC that would normally get him a far higher salary than he pockets now. Affected drivers have also questioned the nature of services delivered by training schools.

“Most of these service providers believe in a tick-and-flick kind of training where you go, pay and wham! you have a licence within the hour,” he alleged.

But this too has been vehemently denied by Mr Bougoure.

Meanwhile, TMR has given the affected drivers a minimum of 28 days to respond why their licences should not be removed before taking any action against their licences.

MC trucks are the biggest vehicles on Australian roads and a massive responsibility is placed on drivers operating these heavy and extremely powerful vehicles. An MC class licence is arguably the pinnacle qualification for the transport industry. 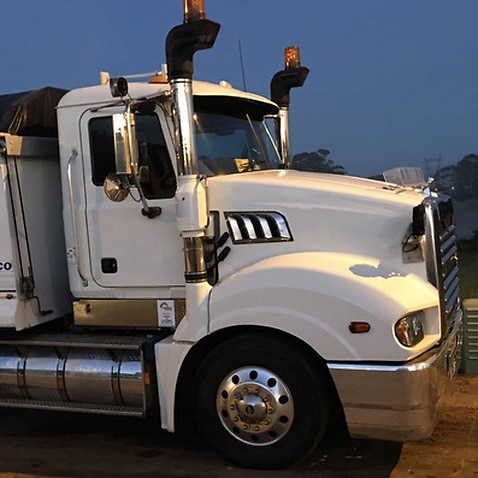