India’s Partition in 1947 caused a million deaths and displaced well over 10 million people. 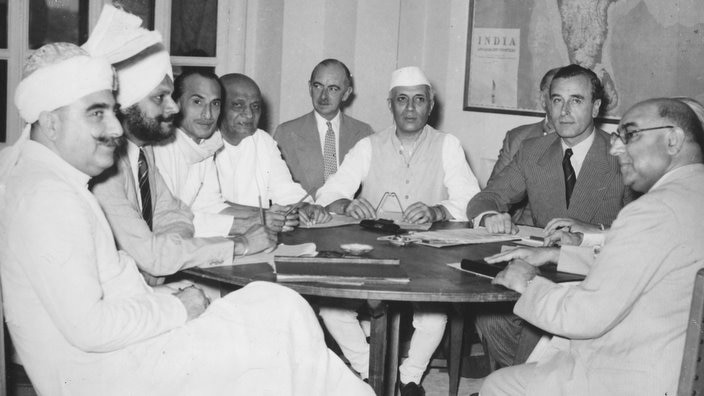 7th June 1947: At the New Delhi conference on the partition of India.
Hulton Archive

Nearly 70 years after this cataclysmic event, the trauma of brutal violence and displacement still haunts the survivors as well as their children and grandchildren. APO/February,54,A31dA refugee special train at Ambala Station. The carriages are full and the refugees seek room on top.
Apo

In their book, Revisiting India’s Partition, Prof Amritjit Singh and his colleagues explore the impact of the “Long Partition,” a concept developed by Vazira Zamindar to underscore the ongoing effects of the 1947 Partition upon all South Asian nations. The editors have extended and expanded Zamindar’s notion of the long partition to examine the cultural, political, economic and psychological impact the partition continues to have on communities throughout the South Asian diaspora.

This book is dedicated to covering areas beyond Punjab and Bengal and includes analyses of how Sindh and Kashmir, Hyderabad, and more broadly South India, the Northeast, and Burma call for special attention in coming to terms with memory, culture and politics surrounding the Partition. In his conversation with SBS Punjabi, Prof Singh agrees with scholars who believe that even after 70 years of partition, Pakistan has not been able to completely detach itself from India. Both countries share the same food, language, culture etc and often, no distinction is made between an Indian and a Pakistani national overseas. 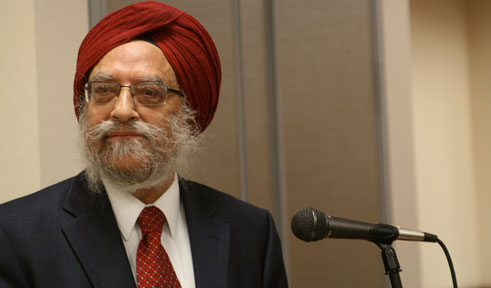 Prof Singh states that it was, in fact, the policy of the leaders and the military in Pakistan that were trying to create a new identity, especially Zia ul Haq and  Ayub Khan who tried to create Pakistan into  a pan Islamic nation. But the fact of the matter is that connection that Pakistan has with India, in terms of culture and traditions cannot be broken. 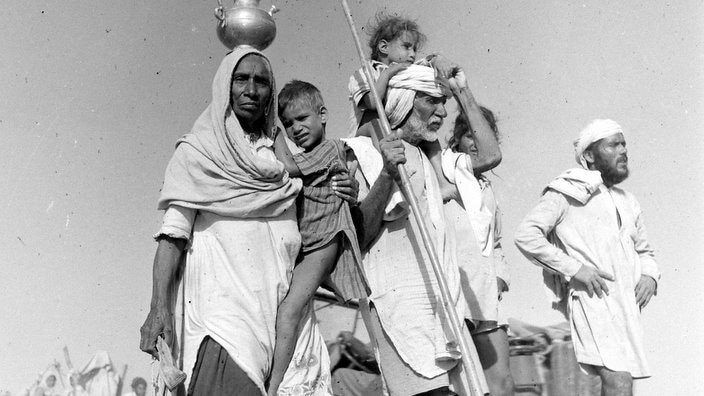 Partition of India leading to Mass Migration of 5 million Indians who fled following the formation of Pakistan. October 1947
The LIFE Picture Collection

Talking about the long partition, Prof Singh is of the opinion that people are still feeling the pain and the countries are still suffering from partition because no has been able to get any closure after partition. Citing examples of South Africa where a Truth and Reconciliation Commission was set up where people could go and talk about their actions, get forgiveness and get closure. Many nations have museums set up where everyone’s story can come together and people get a chance to share their stories. In many cultures, there are traditional songs of war and destruction that are sung. However, in India, no such arrangements were made. People are still reeling with anger and resentment and one side is blaming the other but no one is taking any responsibility. This, according to Prof Singh is the biggest issue. Until, people come to the realisation that everyone was equally responsible for the bloodshed that happened post partition, the pain will not go away.

“Equally bad things were done on both sides. Until we accept the reality of violence, nothing will move forward.” 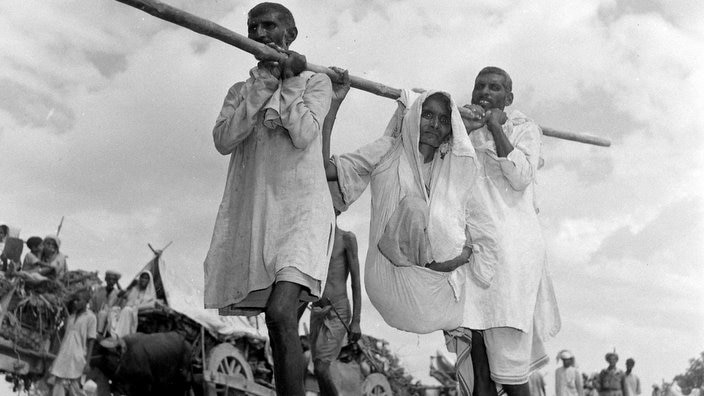 Partition of India leading to Mass Migration of 5 million Indians who fled following the formation of Pakistan. October 1947
The LIFE Picture Collection

He also mentions that in order to do that, people need to meet each other. The boundaries need to disappear and contact needs to be made but the politicians do not let it happen.

“Partitions in our minds, partition in our hearts, when are we going to overcome these partitions? That’s the Long Partition.”

The book also talks about the effect of partition on other parts of the nation than just Punjab and Bengal. He believes that the root to most disturbances in the country can be traced back to the resentment and anger caused by partition for example the riots in Gujrat.

“Partition is a national issue. Otherwise how do you explain what happened in Gujrat in 2002? With some exceptions, people got away with displacement of I lakh Muslims.” 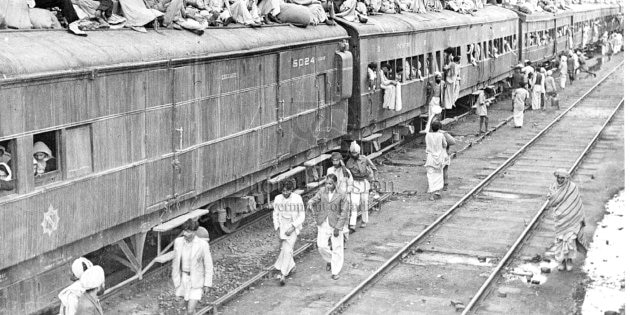 Refugee special train at Ambala Station. The carriages are full and the refugees seek room on top.
APO

Prof Singh believes that secularism is still a big part of India’s identity but could be under threat under the present wave of Hindutva. He believes that every citizen has rights in India and the rights should remain the same for everyone and the government should speak up against all atrocities. 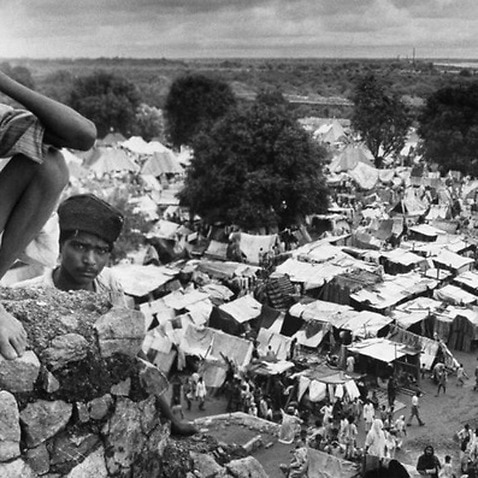 The blood & tears of 1947: An eyewitness account of Partition horrors 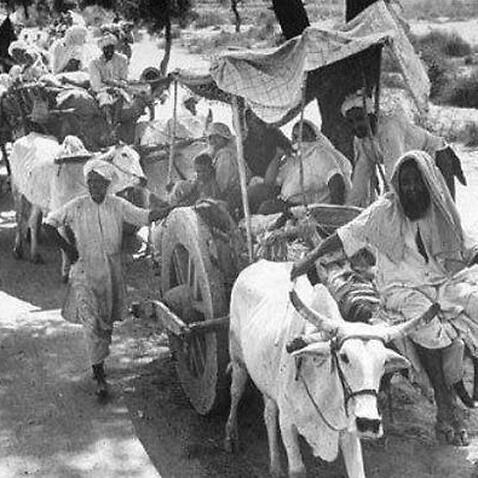 The untold stories of India's Partition: The 1947 Partition Archives 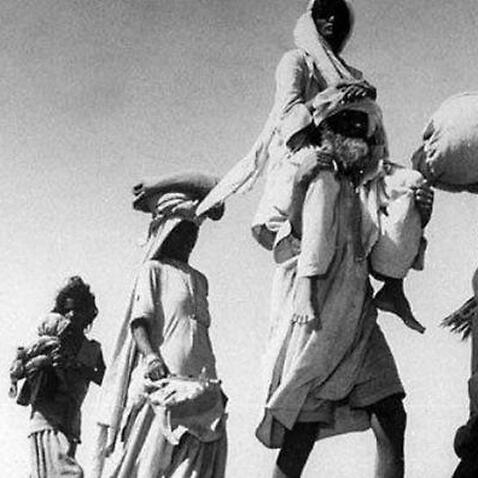