Australia’s ongoing international border closure has impacted travel agents like Mahendra Lamsal in ways more than one. Besides severely impacting his source of livelihood, the travel restrictions also meant he couldn’t attend his father’s funeral in Nepal earlier this year.

As a result of Australia’s international border being shut for the past 17 months and with no clear timeline for its reopening, many travel agents servicing the migrant communities have been forced to reconsider their future in the industry.

Many agents who had employed several people and invested significantly in the travel business, have now had to look to other sources of income.

The entry ban for non-citizens and non-residents of Australia came into effect on 20 March. Prime Minister Scott Morrison announced in July that international travel could gradually resume once 80 per cent of eligible people across Australia get vaccinated against COVID-19.

However, Mr Morrison cautioned that this may be limited to a select few countries including Singapore and some Pacific nations.

The plan, laid out in four phases and agreed to in-principle by National Cabinet, indicates international borders reopening in its fourth and final phase.

Mahendra Lamsal and Bhim Neupane successfully ran their travel agencies before the borders were slammed shut. Both largely serviced travel between Australia and Nepal.

While they agree that the financial assistance from the government has helped their businesses in some way, it didn’t go far enough, especially when some of their employees were not eligible to receive payments like JobKeeper. 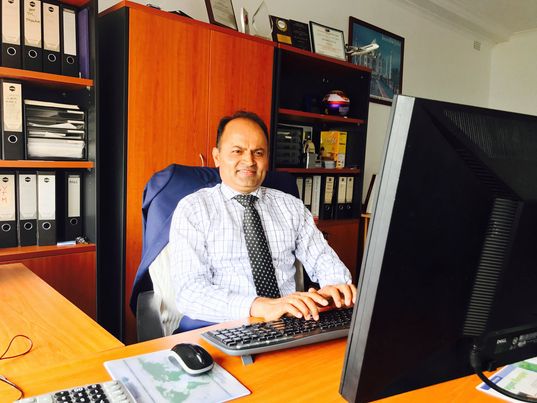 To save his business and reduce operating costs, Mr Lamsal has now vacated his rented office space in Sydney and is now operating from home.

He is also focusing on expanding his work as a real estate agent in western Sydney.

“Many Nepali travel agents like me have a Plan B.”

"If the travel industry doesn’t work, then they have an option to work somewhere else,” he tells SBS Nepali.

“Even those who weren’t considering such employment options before, have done so now,” he added.

For Mr Neupane, who also runs a restaurant in Melbourne’s CBD, high rental costs and lockdowns are adding to the pressure on his travel agency business.

But he’s optimistic about the future and hopes vaccinated travellers will be allowed to enter and leave Australia freely, which might eventually help bring back his customers. 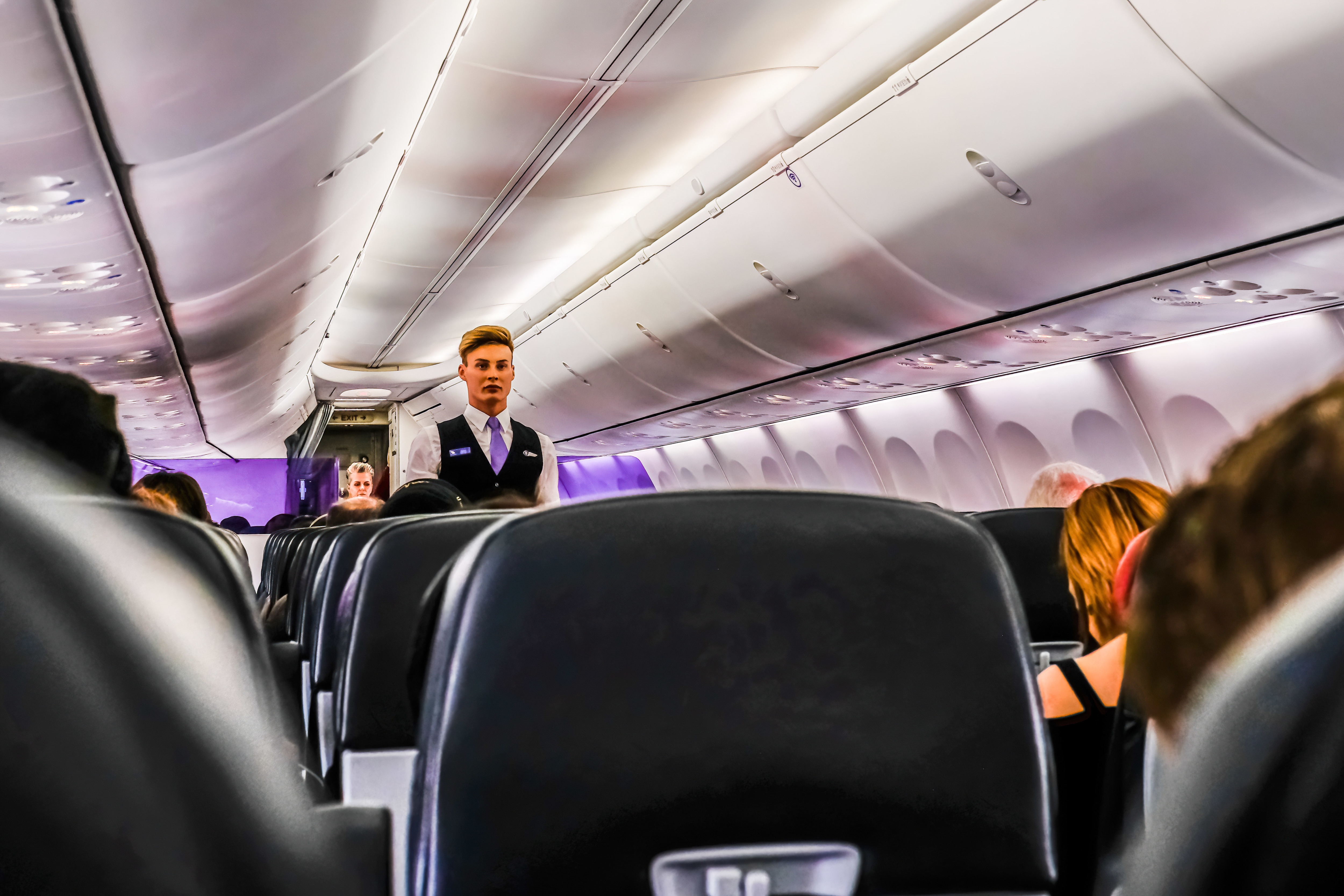 Mr Lamsal, however, is taking a cautious approach.

“We don’t know what’s going to happen. But if the government says fully vaccinated people will be allowed to travel, then we can restart our business. But the challenge will be bringing back our clients and being able to serve them,” he says.

However, he’s hopeful borders may reopen sooner than anticipated by PM Morrison. 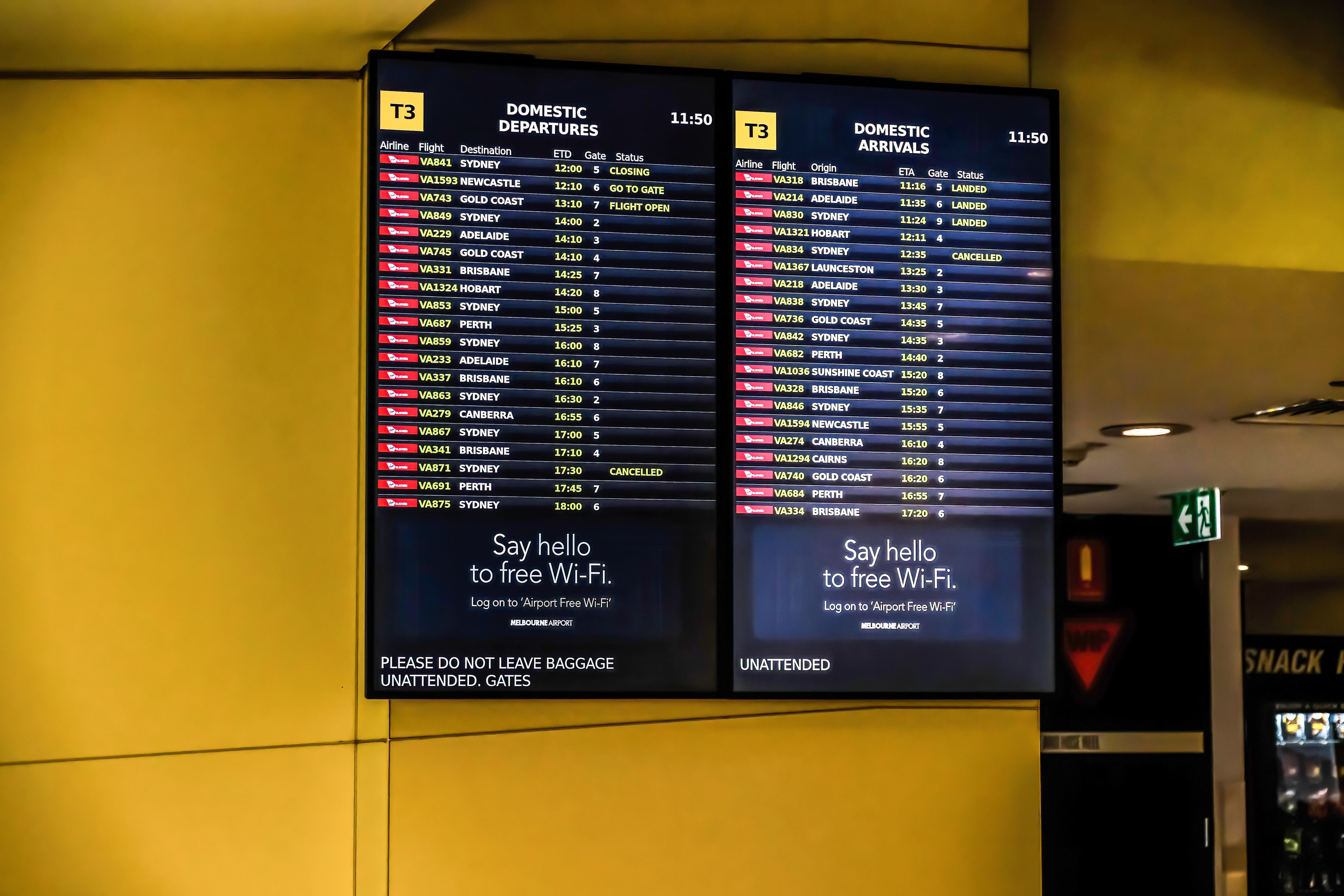 But he has his doubts about the vaccination threshold of 80 per cent being reached by the end of this year and whether Nepal will be included in the list of countries considered safe for travel by the government.

“Because our business is primarily about serving people travelling between Australia and Nepal, including international students and parents of Australian citizens and residents on temporary visas, the border closures have drastically impacted our business,” says Mr Lamsal.

Before the pandemic, the Nepal-born agent’s office in Strathfield had three staff members serving around 200 customers every month.

Over a year later, Mr Lamsal is operating his agency from home and is selling less than 10 air tickets each month, with the majority of his clients buying a one-way flight out of Australia.

In the same boat 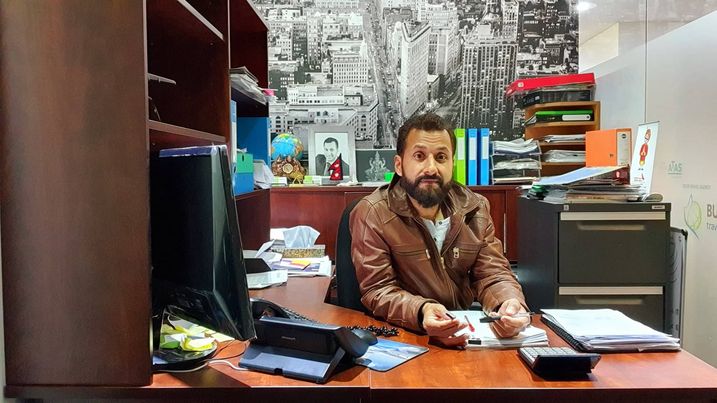 He says that before the pandemic, his agency had 18 staff members working across offices in Australia, New Zealand and Nepal.

“Our agency was growing, we were launching new travel products and had invested in new technology to support customers and staff,” says Mr Neupane.

Since the pandemic, he is just about managing to keep 10 of his staff members in employment.

When Mr Neupane spoke to SBS Nepali a year ago, he was optimistic about his business bouncing back as Victoria had begun to emerge out of its multiple lockdowns. 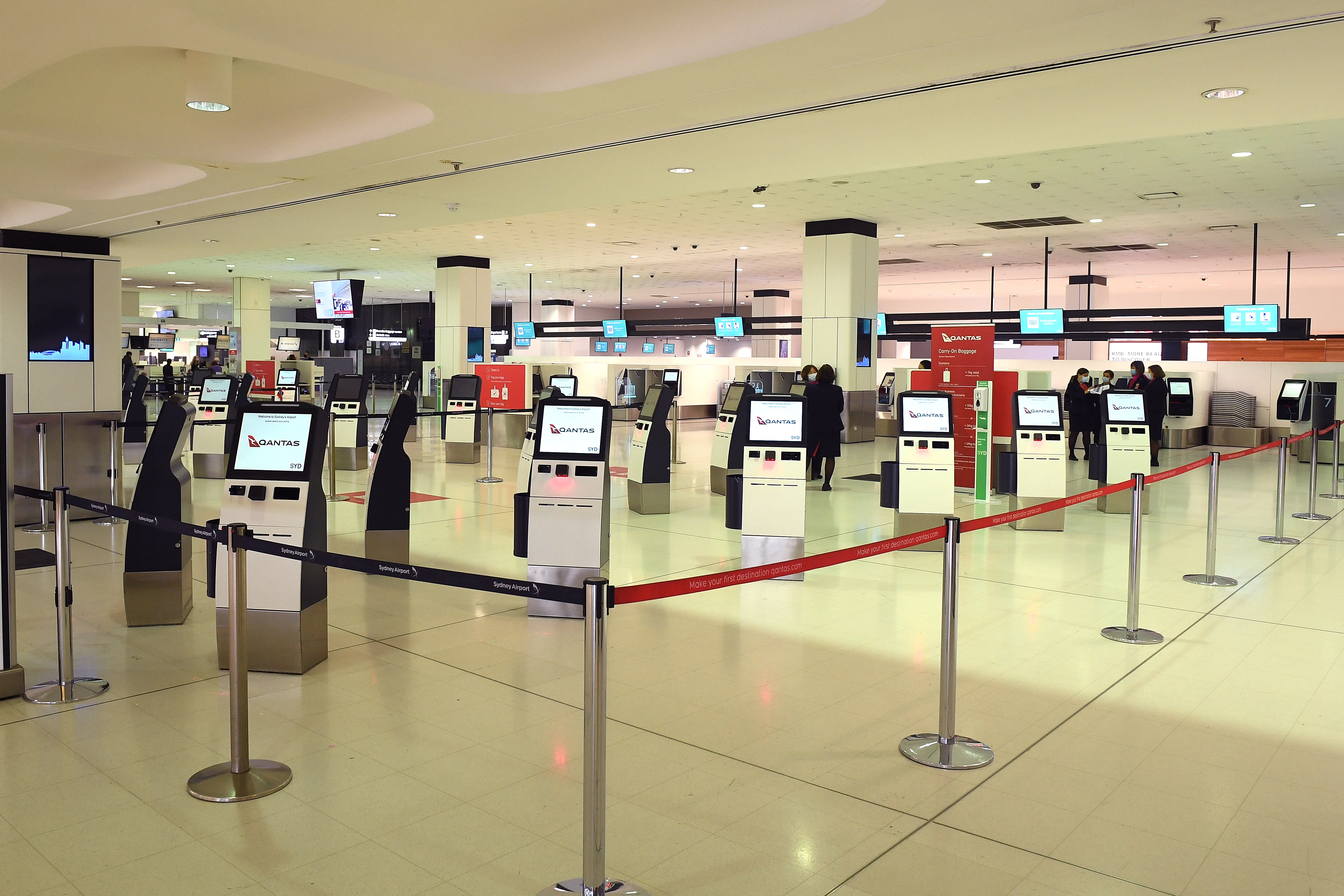 AFTA is calling on the federal government to provide ongoing financial support for travel agents until the end of 2021. Source: AAP
AAP

However, restrictions and lockdowns bounced back instead, not only across Australia but also in other parts of the world including Nepal, and the ongoing uncertainty has him extremely concerned.

“Many customers had held on to their tickets hoping the borders would reopen. But eventually, people started changing their minds.”

The peak body representing Australia’s retail travel industry, the Australian Federation of Travel Agents (AFTA), says the international travel ban has seen its members lose more than 95 per cent of their revenue.

According to AFTA, “an estimated 15,000 jobs have been lost… and an estimated $10 billion [worth of] of travel booked through Australia’s travel agents was impacted by COVID.” 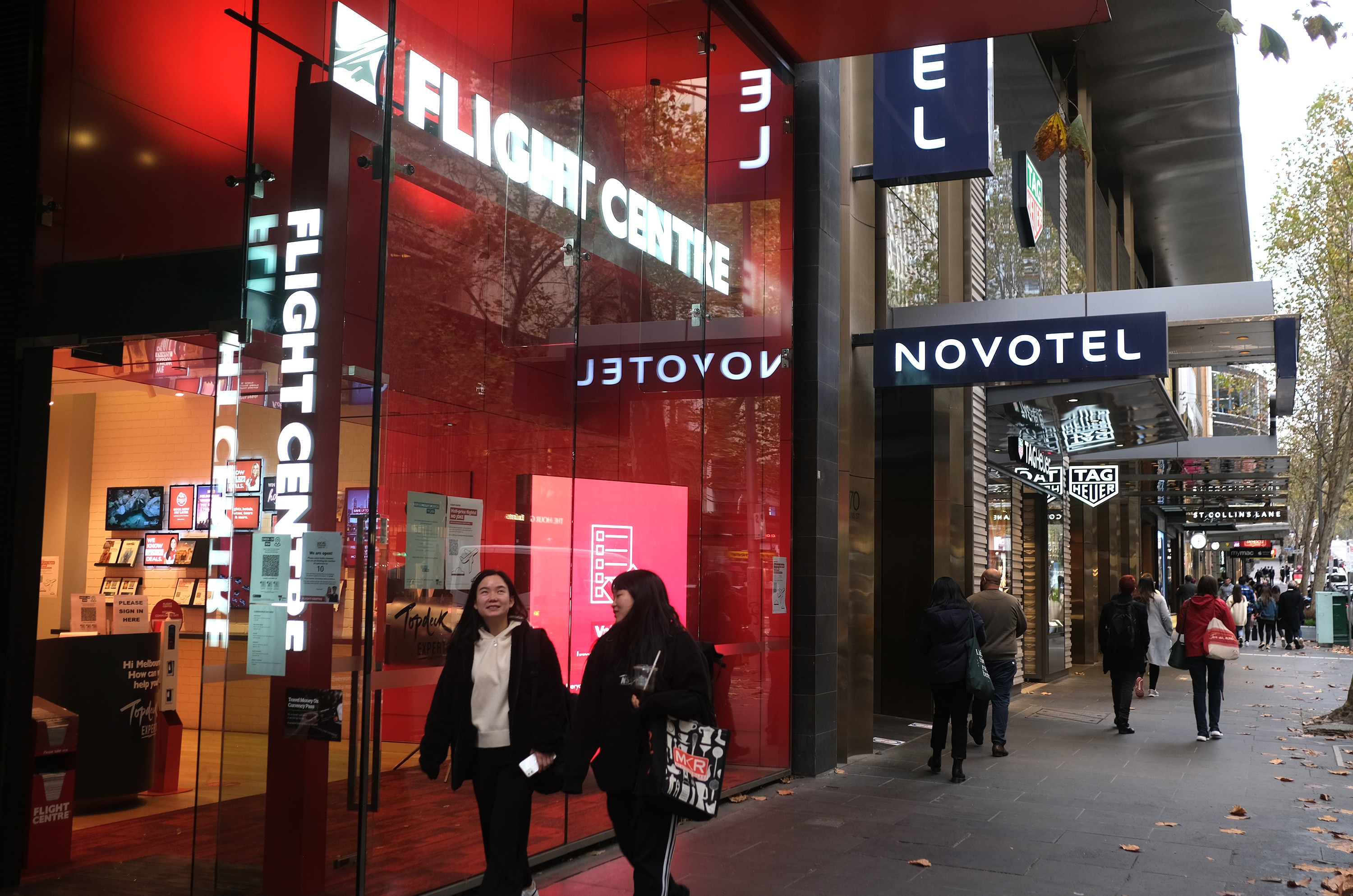 AFTA chair Tom Manwaring is calling on the federal government to provide ongoing financial support for travel agents until the end of 2021.

“That will take us to almost 22 months of lockdown for our industry and is a support that is very much needed,” Mr Manwaring told SBS Nepali.

“About a third of the jobs in our sector have now gone and we need ongoing support for the remaining 25,000 jobs and 3,000 travel agencies and businesses so we can keep supporting consumers.”

For its part, the Morrison government has so far provided up to $258 million in two rounds of funding to assist “eligible travel agents and tour arranging service operators” to help them stay afloat.

Mr Manwaring welcomed the financial support and says $128 million from the first round of grants “were shared amongst travel agents…that averaged out to about $30,000 per store”. 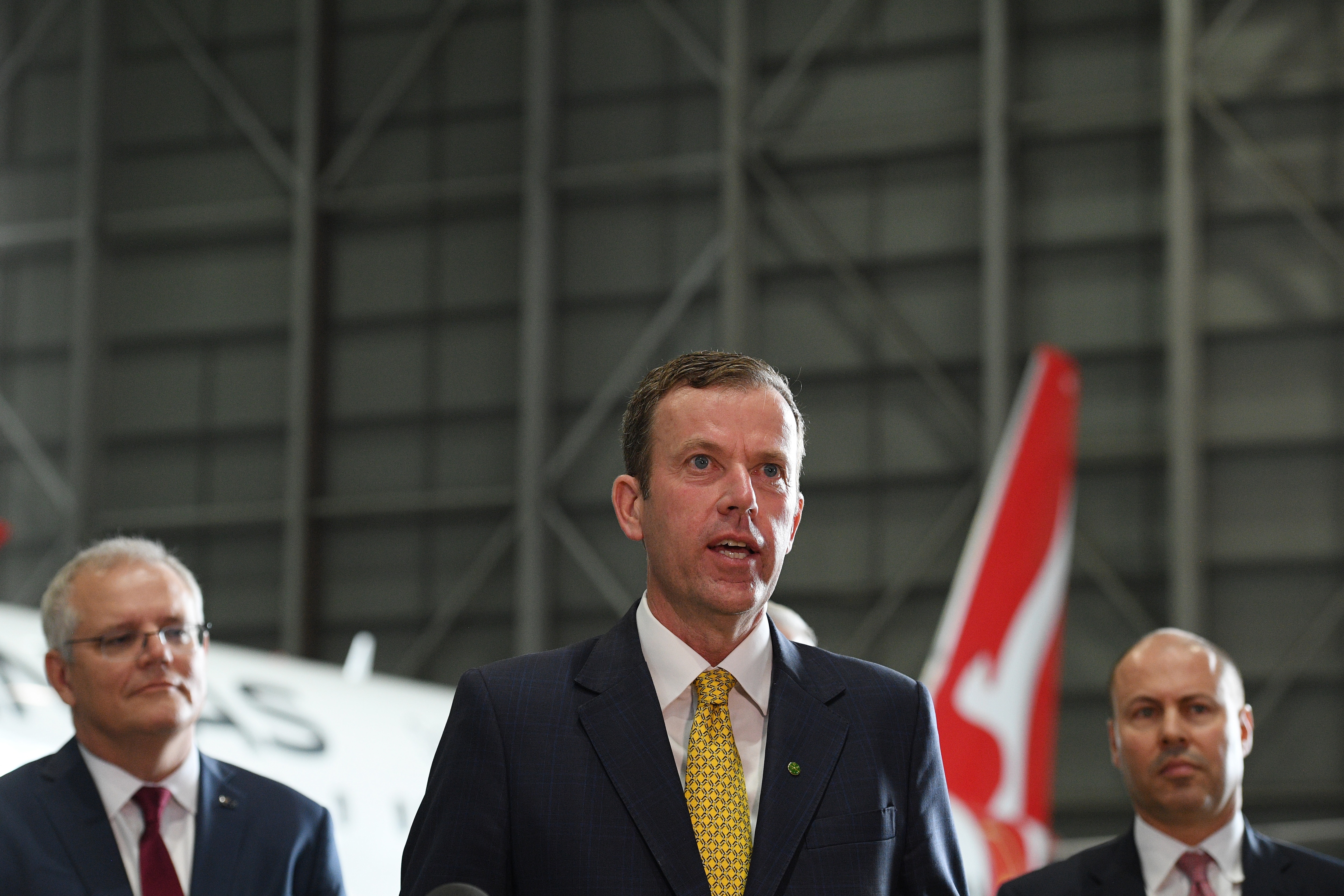 The Morrison government has so far provided up to $258 million in two rounds of funding to assist “eligible travel agents and tour arranging service operators” to help them stay afloat. Source: AAP

Announcing the second round of support in March this year, Minister for Trade, Tourism and Investment Dan Tehan said the payment will assist travel agents and tour operators to meet their “legal obligations to credit and refund Australian consumers who are unable to travel due to COVID-19.”

“Those monies are being dispersed as we speak with about 40 per cent already paid and with the majority [to] come in the last half of August,” says Mr Manwaring.

The federal government has also announced COVID-19 Disaster Payment for people “who have lost work or income” due to lockdowns announced by state and territory governments.