Coming Up Thu 3:00 PM  AEST
Coming Up Live in
Live
Serbian radio
More
Poppies to be projected on the Sydney Opera House to commemorate Remembrance Day Source: The Electric Canvas

The sails of the Sydney Opera House will be illuminated with a projection of a field of poppies at 8pm on November 11th thanks to Mascot RSL’s President Paul Graham.

The 77-year-old veteran was selling poppies at his local shopping centre, Eastgardens and to his surprise he learned that young people didn't know what the poppies represent.

"Young people were saying: ‘What are these for?’" Graham tells SBS. "I was appalled."

This inspired him to lobby Sydney Lord Mayor Clover Moore, the Sydney Opera House Trust and eventually Premier Mike Baird who wrote back and said he believed the idea of projecting bright red Flanders field poppies on the famous landmark on November 11th to mark the day guns fell silent on the Western Front, signalling the end of World War I, was an "excellent initiative".

Graham said he has also inspired a famous English author Frederick Forsyth. The former British spy and best-selling author (The Day of the Jackal) contacted Graham after reading the Southern Courier’s story about his idea to project poppies onto the Sydney Opera House for Remembrance Day. 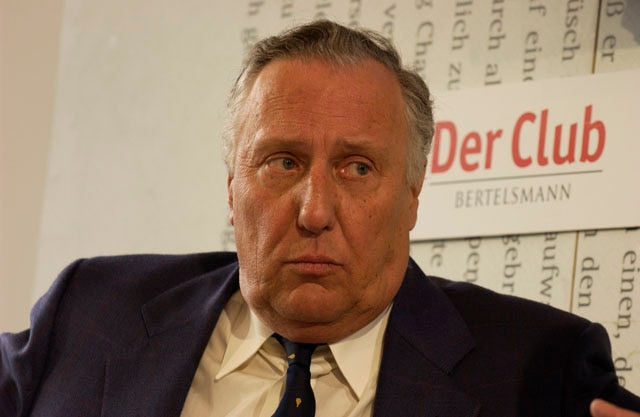 "I had a phone call from the man called Frederick Forsyth," Graham tells SBS. "He is a very famous author. He wrote The Day Of The Jackal and many other books."

"He lives in London. And he heard about my poppies on the field and he rang me and said he has been to France and seen all the graves and he was very moved, and he wrote a poem."

"When he got back to London he had a friend to put the poem to music. And then lady, a soprano from the Royal Opera in England recorded the song and is called 'Fallen Soldier'.

"He gave me the rights to use it in Australia for Remembrance Day. So I thought is lovely that the man over in England had seen that and allowed me to use his beautiful song," said Graham.

Sung by operatic soprano Melissa Adler, Forsyth has pushed for Fallen Soldier, which was released to high acclaim earlier this year, will be performed during the Opera House Remembrance Day ceremony:

"My attention was drawn to the events in Sydney by a picture in the press of the iconic Sydney Opera House decked in poppies, the emblem of the sacrifices our nations made in World War I," Forsyth told the Courier.

In an email to the Courier, Forsyth’s agent said the writer, who has sold 70 million copies of political spy thrillers including The Day Of The Jackal, The Dogs Of War and The Fourth Protocol, said he was “recently very moved” by the 77-year-old veteran’s idea.

During World War I, 416,809 Australians enlisted to fight while 60,000 were killed and 156,000 were wounded, gassed, or taken prisoner. The red poppy became a symbol of remembrance after the end of the war as they grew in their thousands on battlefields in Western Europe despite the carnage that had taken place.

NSW Deputy Premier and Minister for the Arts Troy Grant said in a statement today that, "Remembrance Day is a day of great significance to Australians and will be marked with services and events across NSW, and our most iconic building will be used to honour the bravery and sacrifice of so many."

"This year we mark the 98th anniversary of the end of the First World War, four years of conflict in which around 60,000 Australians lost their lives."

Minister for Veterans Affairs David Elliott said, "for those who served on the battlefields of France and Belgium, the poppies were a familiar sight and are strongly associated with 11 November 1918 – the day the guns fell silent on the Western Front.”
“I hope all those who see the spectacular sight of the illuminated sails will take the time to pause and remember the contribution of all our servicemen and women.”

Listen to the full interview (in English) with Mr Paul Graham from SBS Radio Serbian below: