Kulwinder Kaur's husband alleged his wife was shot dead after she rebuffed the advances of some friends of the groom. The horrifying moment was captured on camera by a wedding guest.

A 25-year-old woman dancer was killed while performing on stage during a marriage function in Punjab’s Bathinda district on Saturday. Kulwinder Kaur, who was performing with her dance troupe, was shot in the stomach. The whole incident was caught on a video.

The victim was taken to the local government hospital where she was pronounced dead on arrival.

Police said Kulwinder died as a result of "celebratory firing".

However, Kulwinder's husband, Harjinder Singh claimed his wife was shot dead because she had rebuffed the advances of a friend of the groom.

He said some friends of the groom had asked Kulwinder to dance with them, but she refused.

The senior Superintendent of Police of Bathinda told The Times of India that the man who pulled the trigger of the gun was drunk. He said a case had been registered against four people.

A video of the incident, recorded on a mobile phone, shows the victim dancing on the stage and then collapsing after being shot. A barrel of the gun can also be seen in the video before bullet is discharged from it.

The police, however, maintain that it was a case of celebratory firing gone wrong. "Details will be out after postmortem," Daljit Singh, a police officer told NDTV.

An eyewitness told NDTV that the shot was fired accidentally when a friend of the groom tried to unlock a bullet stuck in the gun.

Below shows the moments before the shooting happened, as captured on a phone camera by an attendee: 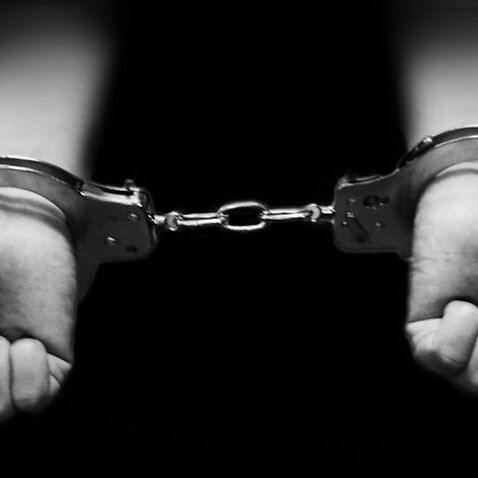