Premier Daniel Andrews has announced a raft of measures aimed at wooing Victorian voters of Indian origin with an infrastructure fund and an increased funding to community language schools.

He reiterated that if re-elected, he will establish Victoria’s first Indian Community Infrastructure Fund.

"Community infrastructure including temples, places of worship and community centres will be able to apply for this funding", said Mr Andrews.

This will be a $3 million fund, dedicated to Victoria's Indian communities.

Additionally, Mr Andrews announced that a new funding of $7.5 for community languages, with a particular emphasis to Punjabi and Hindi.

"Across our state, more than 1,200 students are enrolled at community language schools that teach Punjabi and Tamil. Our funding boost will help children remain connected to traditions and heritage, while also making sure they have the bright future they deserve."

Labor’s funding will also include $50,000 to kick-start the accreditation of Hindi schools.

There are more than 160 accredited community language schools across Victoria which deliver language education in over 40 languages to 36,000 school-aged children across the state.

Community language schools offer programs outside mainstream school hours, like after hours or on weekends, and help students to remain connected to their culture and heritage.

Premier Andrews also announced on-going funding for Diwali at Melbourne's iconic Federation Square. He promised to provide $500,000 over four years to Celebrate India for their annual Diwali Festival, "giving organisers the certainty they need to make Diwali celebrations bigger and better than ever."

SBS Punjabi also spoke to Liberal party leader in Victoria Matthew Guy on the occasion, who spoke about his vision for the state. 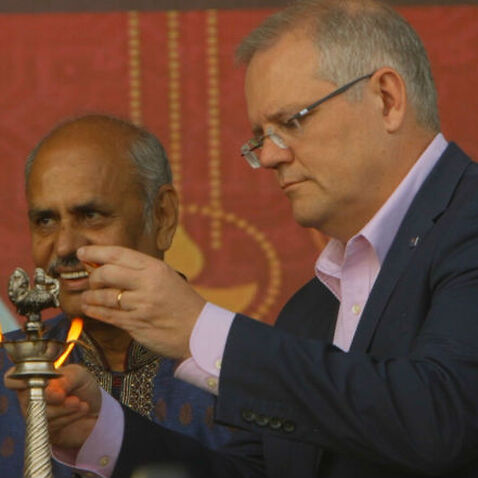 'This is what celebrating Diwali in Australia means to me'