‘If Senate rejects the citizenship bill, the department must start processing the applications immediately under current law’, Tony Burke said on Monday.

Even as Senate is yet to decide the fate of this bill, Labor today said that if the new changes to the citizenship law do not go through the Senate, the immigration department must start processing the applications immediately.

The new changes to Australian citizenship include tough English language test and the requirement where applicants have to spend four years as permanent residents before they can apply for citizenship.

On Monday, Tony Burke, Shadow Minister for Citizenship and Multicultural Australia, at the annual Federation of Ethnic Communities’ Council of Australia conference in Darwin, strongly condemned the new changes being introduced by the government.

He said, "The current changes proposed to Australian citizenship are the most direct attack on modern multicultural Australia since the abolition of the White Australia policy". Tony Burke: citizenship changes 'will change what sort of country Australia is'

The bill is scheduled before the Senate next week. However, the staunch opposition from Labor, the Greens and the Nick Xenophon Team indicate any changes are unlikely to be passed.

Without predicting the outcome of the bill, Burke, at the conference, demanded that if the bill does not go through, the immigration department process applicants under the existing protocols.

“If the Senate does reject the government’s bill, the immigration department must start processing the applications immediately under current law,” he said.

The legislation is yet to become law however the government has said that citizenship applications will be backdated to April 20, when the policy was announced.

"At the moment the department has adopted administrative processes as though the legislation had already passed. If the bill is defeated in the Senate, this must stop immediately," Mr Burke told the conference attendees.

The Indian community in Australia have strongly condemned and opposed the citizenship changes introduced by the government.

Many members of the community also made submissions to the Senate inquiry opposing the changes.

Atul Vidhata, a permanent resident yet to become a citizenship has called for banning of the bill.

“The bill should not go through. Ban the bill,” Vidhata, who works as a lawyer and has campaigned against these changes through the Strategic Campaign towards a Fair Go for Australian Citizenship forum, told SBS Hindi.

Vidhata says “despite the fact that the citizenship reforms are not yet law, they have retrospectively enforced it. A bill is a recommendation, ‘an idea’ which cannot be enforced till it is law. As migrants, we do not want an easy go, but we want a fair go.”

(With inputs from Christopher Mallet in Darwin)

Have you applied for Australian citizenship or affected by the changes to citizenship law? Write to us at Mosiqi.acharya@sbs.com.au 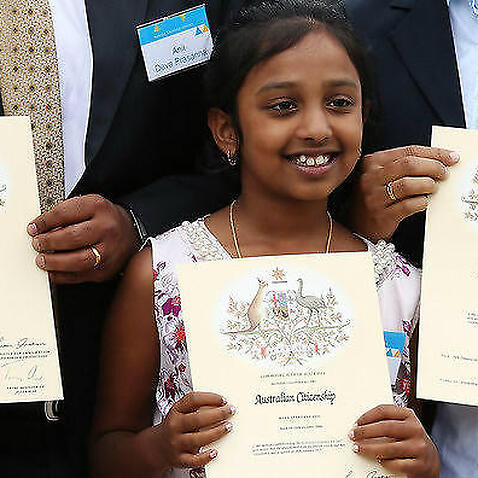