A group of high-profile Greek-Australians has issued a statement, supporting the ‘yes’ camp on the same-sex marriage postal survey debate, in the face of a very public and strong 'no' campaign being run by the Greek Orthodox church. Their stance has received both praise and condemnation in social media, underlining the divisive environment in the Greek-Australian community over marriage equality.

A group of 53 prominent Greek-Australians has publicly acknowledged their support for the “yes” vote in the current postal survey for the legislation of same-sex marriage. In their statement, they argued people in the wider community to vote for “fairness, respect, and diversity."

“The signatories come from all walks of life. We sought to demonstrate that there is diversity in the Greek Australian community and to the broader community as well”, Adam Rorris tells SBS Greek.

Before the public announcement, members of the group asked for the endorsement of the Greek-Gay community.  Theo Markou clarifies that the group would not proceed if it did not first fruitfully collaborate with them.

“Let’s be clear. There is a taboo about homosexuality in the Greek community," Theo Markos states.

“However, it was significant for us to show to the LGBTI community that are many Greek Australians that support them and include them in the declaration," he continues.

Although the group believes that such a survey is unnecessary, they wanted to publicly express their views, as so far there has been a one-sided response from the Greek-Australian community in the debate.

"The Greek Church was one of the few entities that took a side on the debate. However, it does not represent the whole Greek community. There are a lot Greek Australians that will vote 'yes' in the postal survey."

"For us, it is important for the community, in general, to be aware that there are alternative voices in the Greek community," Theo Markou says.

"The Greek Church was one of the few entities that took a side on the debate.

"However, it does not represent the whole Greek community.

"There are a lot Greek Australians that will vote 'yes' in the postal survey."

The Greek Orthodox Archdiocese of Australia is currently running a very deliberate campaign, dubbed 'Speak up for Marriage' for people to vote no, in the postal survey.

Announcements, reports, and comments are published regularly on its website and notably last Sunday more than 1,300 people attended a prayer service for the national postal vote in Sydney.

In an encyclical published last August, the Primate of the Greek Orthodox Church in Australia, Archbishop Stylianos stated that it "constitutes a sacred and inviolable obligation for all of us, excluding no one, to record ‘NO’ on the relative Postal Survey Form, and to express 'with one mouth and one heart' our absolute objection to such an unholy Legislation, which would put at risk the interests of the Family and Marriage for the whole society."

For Sydney University Professor of Modern Greek and Byzantine Studies Vrasidas Karalis though, the survey should not be related to religion.

“There should be no connection to the legislative proposal over marriage equality," he says. "And the ceremony of marriage in a church. It is up to each church to decide if they would want to practice a ceremony for same-sex couples.”

“It is a question of human rights,”, Adam Rorris adds. "Everybody should be allowed to marry the person they choose."

"Nobody should be discriminated about their life choices."

"There is a taboo about homosexuality in the Greek community. However, it was significant for us to show to the LGBTI community that are many Greek Australians that support them and include them in the declaration."

Professor Karalis also emphasises that everybody should be equal under Australian law.

“The laws of the country should include everyone," he says. "They should not exclude people depending on their partner preference and their life choices.”

The Greek church also argues that the legislation would "put at risk the interests of the Family and Marriage for the whole society.”

For Professor Karalis, though, the law should reflect the changes in the social fabric and the structure of a family.

"It is a taboo in the community to talk about changes in the definition of marriage," says Karalis. "However, there has been a transformation of what constitutes a family.

"There are a lot of single-parent families or same-sex couples that they have children.

"The laws of each country must include these changes."

The declaration of the 53 Greek Australians has received mixed response in social media.

There was a lot of praise, even from people that belong to the orthodox faith but there were also negative comments about the initiative with some Facebook users characterising the signatories as "traitors," "abnormal," "scum," "demonic," and "unfit to look after children."

For Adam Rorris, the behaviour of a lot of users is appalling and does not help in the debate.

"We should discuss openly, honestly, and with respect," he says.

"Let’s respect that tradition. And let’s not forget that this democratic tradition comes from a country that we could all call homeland. 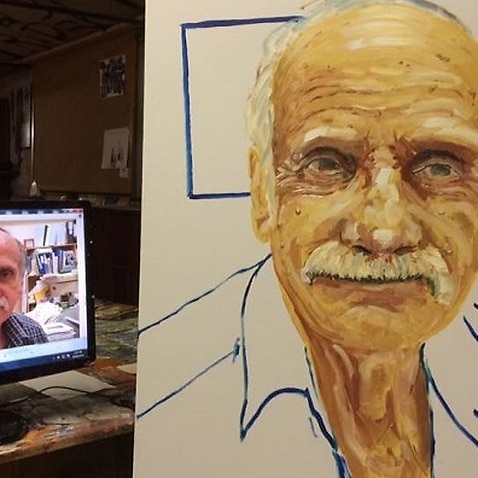 'We should integrate the Greek culture into the Australian' - Jack Condous, OAM 'We need young people of multicultural backgrounds in our theatres'