The Tug of War team of Woolgoolga’s hardworking Punjabi farmers has won many national championships in Australia.

Tug of war is a sport that directly puts two or more teams against each other in a sheer test of physical strength.

Known as the ‘Missing Piece of Paradise’, the town is regarded as a haven of Sikh culture in Australia.

For many generations, the thriving Sikh community of the area has been heavily involved in banana plantation and production.

Narinder Singh Bajwa is one of the pioneers who helped establish Woolgoolga’s TOW team.

“We used to practise outdoors in the open fields or near the sandy beach,” said Mr Singh.

“In 2004, we got a chance to attend a Tug of War championship at Newcastle, NSW.”

“For the first time, we realised that that the sport is also played indoors.”

“In fact, it was a great experience and we tried to learn the technique better.”

“In the indoor game, players wearing simple shoes use the friction between the rubber mats and their shoes.”

“We were quick to learnt the technique, and even conquered the Newcastle championship.” Jaswinder Singh Basra is one of the prominent banana cultivators of the region.

The Basra family has been involved in the farming business for the last four generations in Woolgoolga.

Jaswinder and his son Michael are the key members of Woolgoolga’s TOW team.

Jaswinder Singh Basra has been playing TOW for many years.

"Later, we took this to a professional level and started winning national titles."

“Our daily work in the banana fields helps as a natural exercise routine.”

“Our TOW team’s winning secret is the technique and the hard work that we do in our banana and blueberry fields.” Woolgoolga TOW team emerged overall champions by winning 5 out of the 10 weight divisions.

“In 2016, the national TOW championship was held at Woolgoolga,” said Mr Bajwa.

“Six teams participated in this competition and we emerged undisputed national winners by claiming both indoor and outdoor titles.”

“During the Woolgoolga competition, we got to know about the selection of the national team for international competitions.”

“Our Indian-origin Woolgoolga pullers competed against the rest of Australia for the selection.”

“We won this pull. But due to our farming commitments we were not able to represent Australia internationally.”

“We have won in all weight divisions and have been named overall champions numerous times.”

“Our next aim is to form a strong team represented by our young generation.”

“We invite everyone to come forward to form a team that could represent our community at the national as well as the international level.” 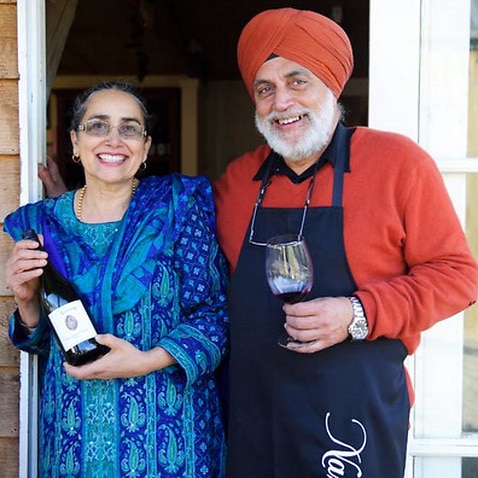 Farmers in Punjab being duped in name of immigration to Australia

Grewal Farms at Mildura: The story of a hard working Punjabi family