Traditional Owners are concerned about a proposed amendment to the Native Title Act which they believe will jeopardize Aboriginal owners’ rights and pave the way for developers and mining groups to plunder and pollute at will.

Traditional Owners say the Turnbull Government is attempting to rush the Native Title Amendment (Indigenous Land Use Agreements) Bill 2017 through Federal Parliament against the will and interests of Traditional Owners' rights across the country.

The Senate Standing Committee on Legal and Constitutional Affairs is due to report on the Bill this Friday, 17th of March. Traditional owners believe that if the bill is passed into law,  it will pave the way for the Adani Carmichael mining project to go ahead unimpeded.

W&J Traditional Owners believe the Government is hell bent on getting these amendments through to please the mining lobby and advantage miners like Indian conglomerate Adani.

"The amendments are inadequate, if not, detrimental to our Native Title and the way that the process runs…Never had a senate inquiry had such a short turnaround."

After wide ranging consultations with other Indigenous elders, W&J leaders concluded that the government did not allow enough time for all the stakeholders, mainly Traditional Owners, to consider the proposed amendments and express their concerns.

Ms Murrawah Johnson W&J youth spokesperson was part of the delegation that addressed the Senate this week. She says: “I was one of the family counsel and we were able to present some of the evidence of why we believe that the amendments are inadequate, if not, detrimental to our Native Title and the way that the process runs…Never had a senate inquiry had such a short turnaround;  a two weeks submission and one hearing across the whole continent, when we know that there have not been changes to the Native Title Act in the last twenty years and this is the first look at reform into the Act. So this change affects every Aboriginal person on the Australian continent. And they also affect every Aboriginal generation of people that comes after this.”

It is also noted that the proposed Adani Carmichael project will affect every Australian on the east coast seaboard. Murrawah explains: “This is the largest new coal mine industrial project in the world. Up in scale, it will be the third largest in the world. It will be the largest in Australian history and the history of the Southern Hemisphere. It is 14 kilometers by 13 kilometers. It is 10 kilometers away from our natural springs and the artesian basin. If you live on the east coast of Australia with climate change and everything else that is happening at the moment at some point you are going to need underground fresh water."

"The Great Artesian Basin is the underground water supply for the eastern side of the continent. So Adani wants to build their coal mine smack down on top of our river; smack down on top of the artesian basin and a few kilometers up the road from our natural spring. So it is high time we fight for our water supply, our livelihood so is our dreaming story.”

According to Traditional Owners and their counsel; the Attorney General, George Brandis, and his department had rushed the Bill through Parliament in one day and attempted to pass it through the Upper House the same day but the move was blocked by Labor and the Greens allowing some time for more consultations.

"They bused in 210 people, who had never previously identified as W & J people who, we know, belong to other clan groups and had them say yes on a deal that is not for them and is not on their country; to give a veneer of consent."

Senior spokesperson for the Wangan and Jagalingou (W&J) Traditional Owners counsel, Mr Adrian Burragubba says “the government has manufactured a false urgency so it can slip legislation through to defeat Aboriginal peoples’ rights without the necessary public scrutiny or Indigenous participation.”

The Indigenous Elder further argued that a key driver for the changes is pressure from the Queensland Resources Council and other pro-mining interests to protect Adani which fears, opposition from W&J to any land use agreement will topple the giant mining Carmichael project.

W&J people say that while dealing with the Adani group, they have experienced firsthand how the Native Title Act can allow reprehensible tactics from proponents. Owners say that, if passed into law, the amendment bill will provide miners and developers with powerful tools to divide and conquer Traditional Owners. 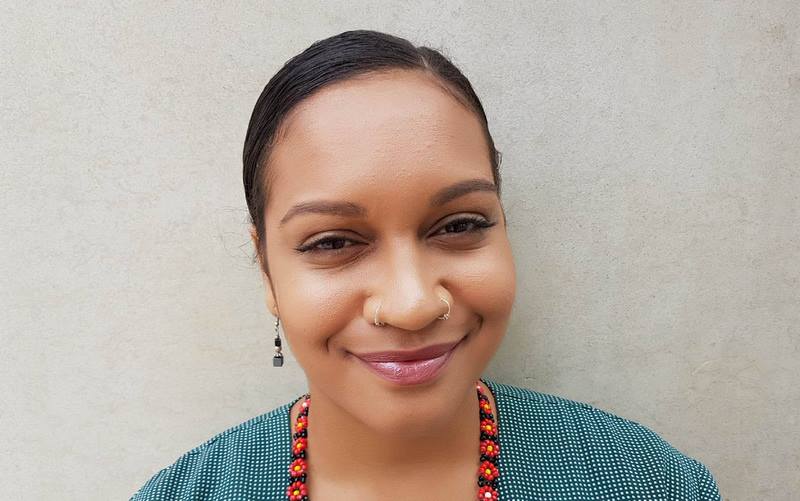 Ms Murrawah Johnson recalls how her people knocked back a deal proposed by Adani when it was first presented back in 2012. “I attended the meeting”, she says. “I was over 18 and was able to vote. The deal was voted down. In 2014 it was voted down a second time and again in March last year; 2016. So, in 5 years of so called negotiations Adani has never gotten the sort of response that they wanted from us. They want us to agree to their deal…. This whole time we’ve been saying no. No means no. But that is not the response that they want." She adds, “We know that the libs are calling on the QLD government to acquire compulsorily our land because they can’t get it…"

The youth spokesperson explains: "Now Adani, not being able to push Labor to do that, has engineered a yes where they bused in over 210 people in a meeting, supposedly by the W&J people. It was organized by Adani and facilitated by the Coordinator General of the QLD state government. They bused in 210 people, who had never previously identified as W & J people who, we know, belong to other clan groups and had them say yes on a deal that is not for them and is not on their country; to give a veneer of consent. And they are telling people that they now have an Indigenous agreement with the W&J people when that agreement is fraudulent”.

The Indigenous Land Use Agreement that Adani claims to have reached with W& J people is being challenged in two separate legal cases one of which is in the Native Title Tribunal and the other one in the Federal Court of Australia. W& J owners are also challenging the proposed amendments in the senate.

Ms Johnson elaborates that the amended bill "would alter the fundamentals of our traditional decision processes. The integrity of Traditional Owner decision making and rights to speak for Country must be protected. The inalienability of our rights in land must be respected. It is the ground on which we seek to protect our country and heritage from the mass destruction that would ensue from the Carmichael mine.”

"The terrible international track record of the Adani Group raises serious questions about whether they should be allowed to do business in Australia".

Traditional Owners say Adani is not the type of company that will take no for an answer and, a group of investigative environmental lawyers say Adani's record overseas show how far the group is prepared to go to advance its cases.

The investigative lawyers including Environment Justice Australia published a detailed legal research in which they claim Adani Group engaged in illegal dealings bribery, environmental and social devastation as well as allegations of corruption, fraud and money laundering.

EJA environmental lawyer and report author Ms Ariane Wilkinson said, “We have trough-ed though hundreds of court documents with lawyers from another firm called Earth Justice. And there were some extremely concerning findings…The terrible international track record of the Adani Group raises serious questions about whether they should be allowed to do business in Australia. Their mode of operation also suggests risks which State and Federal governments and potential financiers cannot afford to ignore”.

Ms Wilkinson also deplores an arguable ministerial approval: “The Information about Adani’s environmental devastation overseas  was on the Environment Minister’s desk and he still chose to give this group their Federal approval to develop the mine”.

The EJA report also depicts what it says is Adani's spaghetti-like corporate structure which, they claim, leans more towards opacity and further way from Australian norms of transparency. A quick summary of the Adani group's corporate structure reveals that there are at least 26 entities operating in Australia and from the investigators' understanding different parts of the company are going to operate the Carmichael coal mine and the related coal rail infrastructure.

The environmental lawyer tells about the difficulty they encountered untangling the complex company structure: “it is a pretty big exercise unpicking which allegation or court finding relates to which company; and which company is in some way connected to the Australian operation. But we’ve done that to,hopefully, assist regulators and decision makers understand this corporate history; and take it into account in their decision making.”

The Adani Report can be accessed online. Its authors also presented it to Federal and State authorities. The environmental lawyers put the Australian governments and potential financiers on notice that backing the Carmichael mine and rail project in Queensland’s Galilee Basin may expose them to financial and reputational risks.

Arianne Wilkinson says, “There is certainly always a consideration of the cost to the community and benefits to the community. But, based on the evidence available; and there is a lot of evidence about the extreme risks of this proposed coal mine; plus the rail and port infrastructure next to the Great Barrier Reef and the heritage area... When you compare that to the fact based evidence about the economic benefits and the number of jobs, it is pretty clear that the risk versus the reward; well, the risk isn’t just worth it with this particular project.”
Follow Nitv-radio on Social
Now Playing
Live
00:00 00:00
Now Playing
Live
COMING UP