Servant or Slave Director Steven McGregor and former Coota Girl Rita Wright discuss an unacknowledged part of our recent past.

Steven McGregor’s documentary Servant or Slave looks at the history and legacy of indentured servitude that was prevalent in Australia from the late 1800s until as recently as the mid-70s. Taken from their families, thousands of Aboriginal girls were forced into domestic slavery by the Australian Government, purportedly employed as servants, but denied wages, education and most significantly, their childhood.

Through testimonies and archival footage we now learn that Aboriginal and Torres Strait Islander wages were misappropriated by governments and used to fund this forcible removal of children, thereby unwittingly contributing to their own disenfranchisement.

Rita, Violet and the three Wenberg sisters were inmates of the Cootamundra Domestic Training Home for Aboriginal Girls in New South Wales. They tell their stories of adversity, first hand and unembellished. The film brings to life the tragic experiences that continue to shape their lives and those of their families, their children and grandchildren in what can only be described as living memory.

Director Steven McGregor knew that this story needed to be heard in Australia in order to acknowledge the past and to recognise the systemic injustices suffered by thousands of people.

“I hope this film starts a conversation that Australia was also entrenched in the slave trade and that it didn’t [only] happen in other parts of the world, but right here”. 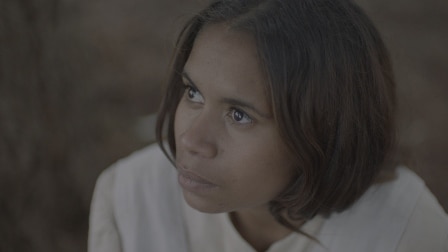 “I hope this film starts a conversation that Australia was also entrenched in the slave trade and that it didn’t [only] happen in other parts of the world, but right here”.

Rita Wright was removed from her family at the age of two and sent to Cootamundra Girls' Home. She was later sent to work on a property.

“We used to get up and make butter every morning and do the washing. My job was to get the coal to put in the fire and keep the heat going… We did odd jobs around and kept that farm going. Instead of playing like kids we worked – well, I call it slavery work.

“When I was in the bush I had a tree and because it was shaped like the top of a horse back I used to get on that tree and make like I was galloping away from the home. When you’re kids you just hide… you have to keep going. You have to do things that give you the strength to carry on”.

As Rita discovered, freedom comes in many forms. At the age of 15 she fled the home and found herself alone on the streets of Redfern without contacts or any information about her family.

“I went to sleep at the foundation, sneaking into the boys’ hostel just to get a bed… they just kept us girls safe.

“From the home, being locked away all that time, you think you’re right when you run away but you’re not – you have to watch your back all the time to survive. Now I know how all the homeless people go. I feel so sorry – my heart goes out to them.”

“The intention was to present the film as a poem, so we shot our drama recreations in a poetic, abstract way. I think if the visuals were really tough and gritty and ugly it would have turned the audience off – we had to allow the audience to breathe sometimes and have a sense of relief, and exhale while the story’s being told”.

Now through the recounting of their captivating stories, the five women have come together after so many years in their pursuit of justice and in celebration of their courage and determination.

“There’s a lot to do just to get the film out and it’s a credit to the men. My heart goes towards them for having the patience and the love and showing us how to go about it, because we didn’t know how to get the story out. We never had the education. We didn’t know how to talk. It took a lot of love and laughter and mucking around… now we can sit back and say we did it. It’s a credit to all of them.” 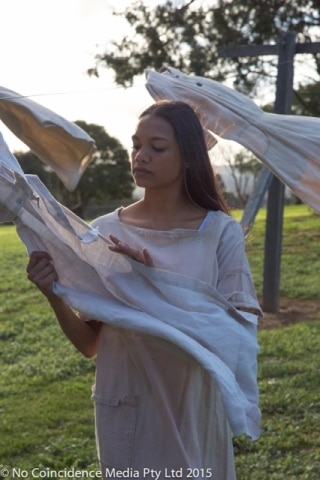 Servant or Slave will be screened at 9.30pm, Wednesday 30 November on NITV following the second episode of First Contact.

Over three consecutive nights beginning Tuesday 29 November, 8.30pm, broadcast simultaneously on SBS and NITV, is the return of Logie-award winning series First Contact. In this second season, six well-known Australians are immersed into Aboriginal Australia for the first time as they embark on a 28-day journey.