‘Tax time’ is when Australians complete their tax returns after the end of the financial year on 1 July. It’s the time to check if the correct amount of tax has been paid and if any deductions can be claimed. It can also mean money back in your pocket in a tax refund.

If you have a job in Australia and you earned more than $18200 during the past financial year, your employer provides you with a payment summary that shows the amount you earned and the amount of tax you paid to the ATO, the Australian Taxation Office. That means three things. Firstly, you already have a tax file number. Secondly, you need that number to lodge a tax return by October 31st, if you do it yourself, or if you go to an accountant, the deadline is May 15 of next year. Thirdly, you are not alone, almost all other Australian workers and employees have to do the same, says tax consultant, Peter Kannaris.

“Generally speaking, everyone should try and lodge a tax return at the end of the financial year, unless the income is very, very little or you’re on a pension or benefits.”

Tax returns can be lodged either with the help of a tax agent or through the ATO’s online tool, which is called: myTax.

“The benefit for people is that it actually pre-fills a lot of the information you need. We gather over three hundred million pieces of information from employers, banks, financial institutions, companies that pay dividends and also other information such as private health insurance and things like that.”

That sounds easy but Peter Kannaris warns that new arrivals or people lodging a tax return for the first time should seek guidance from experts.

“It does get complicated and I would suggest that you visit an accountant to do your tax return and the cost is tax deductible, so it’s not a big concern.”

For some migrants, one of the more complicated issues to deal with in filing a tax return is the question about income from overseas.

“You must disclose it. If you have bank accounts, or you own property, you must disclose the income. However, if you are paying taxes on the income overseas, you are allowed to claim tax credits for the tax you have paid overseas. The problem a lot of migrants who are coming here and who are not disclosing it in the tax return is, that one day when the money is being transferred into Australia, they will be in a big shock.”

The fines for making false declarations in a tax return are substantial and on top of the penalty, interest is being charged on the monies withheld. As tax offices around the world are getting digitalised and the transfer of tax data becomes easier with every day, the chances of getting away with not declaring income from overseas diminish rapidly. However, there are many legal ways of clawing back some of the tax that has been paid during the previous financial year. But before a deduction can be claimed, a record of the expenses has to be obtained and that record has to be kept for at least four years, in case the ATO wants to verify the claim at a later stage. Graham Whyte says, the ATO offers a lot of online assistance when it comes to tax deductions.

“We have an ATO app and that app can be downloaded on to virtually any device.  And within that app we have a tool called my deductions and what that does is it helps people record through a photo the receipt and they are also able to include the information about the expense.”

But what can be claimed as a tax deduction?

Tax deductions are strictly for work related expenses only and the ATO has a very detailed knowledge about what kind of expenses are typical for specific professions, says tax agent Peter Kannaris.

“You cannot claim just anything, it has to be directly associated with your work and anything of a private or personal nature is not allowable. If you buy a shirt and it has a logo on it and it’s part of a uniform than, yes, then it is deductible.”

The same strict rule applies to deductions when claiming expenses for a home office.

“That home office has to be solely and exclusively used as an office. If in that office you’re storing your ironing board and your ironing and other things that are of a personal nature that would be disallowed. So you’ve got to be very careful when claiming for a home office.”

As Australia’s economy is changing dramatically, traditional employment arrangements are increasingly supplemented by side jobs in the sharing economy, such as Uber, Deliveroo, Airbnb or Airtasker. However, in many second or third jobs, tax is not always deducted automatically form salary payments. What happens then is that when a tax return is lodged, the back tax from a casual job might easily wipe out a hoped for refund, or worse, show that there is actually money owing to the ATO. Senior Tax Agent, Liz Russell, says this could come as a shock to some migrants and new arrivals.

“They need to put some money aside if possible saying  I didn’t really get that, it belongs to the tax man and I have to put it in a separate little pocket somewhere,  so  when I get a bill at the end of the year, I don’t have to scrounge  around  trying to find the money to pay the tax.”

Once you are familiar with how to answer the questions in a tax return and you’re confident what deductions to claim, it’s easy to complete this annual task online.

On the other hand, says Liz Russell, working in several jobs offers opportunities for claiming various tax deductions which many taxpayers don’t know about.

“If a person has a couple of casual jobs each day and they are travelling between those jobs, they can certainly claim a tax deduction for the use of their vehicle for that purpose. So that’s one they miss out on because they are not aware of. The other one too, is, you know, if they are having to buy protective gear for their work – safety boots, safety glasses, safety gloves, sun screen for working outside….People don’t think of keeping their receipts or making a note of the things they are buying. When they get to the end of the financial year they don’t have any records and they cannot pop it down on their return.”

That’s another reason, says Liz Russell, for using a tax agent – at least in the beginning - who can look at specific occupations and guide a taxpayer who is new to Australia to what they are entitled to and what can legally be claimed.

Once you are familiar with how to answer the questions in a tax return and you’re confident what deductions to claim, it’s easy to complete this annual task online. 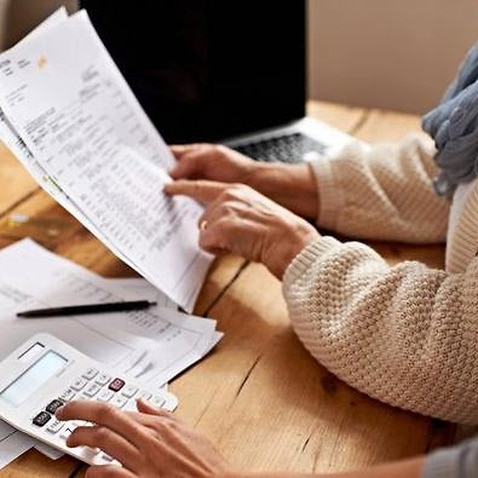 What is a tax return and how do I do one?