This summer Australia has witnessed unprecedented bushfire crisis all around the country, this has made many people feel the urge to lend a helping hand. Most charity organisations have been flooded with donations, and volunteers have rushed to help fire stricken communities in anyway they can. Many people, from all walks of life, have also put up their hands to become volunteer firefighters. However, most people are unclear about where and how they can join the volunteer firefighters' force.

By Amy Chien-Yu Wang
Share
Settlement Guide: How to become a volunteer firefighter?
Embed Download
00:00 00:00
Australia cannot fight through its worst bushfire season without the selfless sacrifice of its 260,000-strong volunteer firefighters. The National Council for Fire & Emergency Service is calling for volunteers of diverse backgrounds to sign up, to better serve our multicultural population.

“Firies” have always been an integral part of the Australian social fabric. Most are volunteers who selflessly donate their time to keep the community safe.

Volunteering to become a firefighter with your local brigade is straight-forward according to 40-year veteran firefighter Superintendent Wayne Waltisbuhl of Queensland Fire and Emergency Services, who manages the Brisbane regional Rural Fire Service. He says, "it’s important to live in or really close to the brigade’s area. Approach the brigade to give your expressions of interest that you want to join.”

The approval process involves background checks to assess a person’s suitability. Once approved, candidates undergo months of training before qualifying to attend incidents. 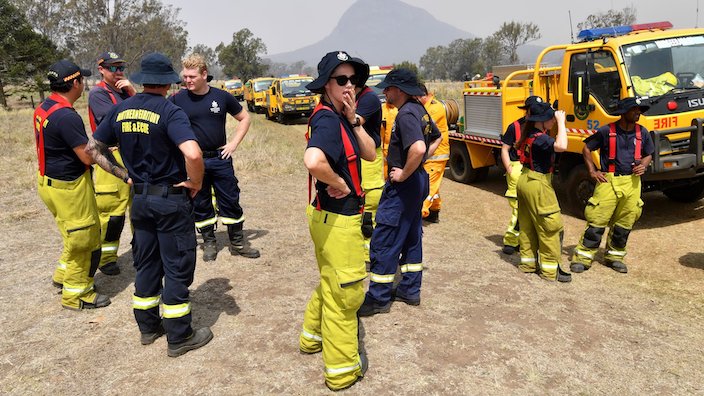 It's a serious decision to make

“It’s an arduous task. It’s tough and fire can be quite devastating and you will see things that aren’t normal.”

Superintendent Waltisbuhl encourages people to think through their decision before applying to join. He admits that not all new recruits stay for the long haul. “It’s not just a one-off thing that people will either come around and get their training and a bit of equipment and we never see them again so there’s some dedication involved in it,” says Superintendent Waltisbuhl.

“There’s a range of support and administration capacity, radio operators and coordination personnel that every volunteer fire brigade needs so it doesn’t just need people who are prepared to be operational firefighters.”

The last Census shows that 49 per cent of Australians were either born overseas or have at least one foreign-born parent. More than one-fifth of the population speak a language other than English at home.

According to the Male Champions of Change 2018 Fire and Emergency group report , there is a need for more gender and cultural diversity in brigades to better reflect multicultural Australia.

While women represent half of the population, they only form one-fifth of the paid and volunteer firefighting workforce.

Ellis is encouraging people from culturally and linguistically diverse communities to sign up. He explains that diversity promotes a healthy brigade culture; “there have been a number of studies which have highlighted that where we have a good cross-section of men and women, the volunteer brigade and the culture of the volunteer brigades is more healthy, decision-making is more balanced and appropriate, and so it really does aid the volunteer brigade where we get a good mixture of men, women and culturally-diverse people.” 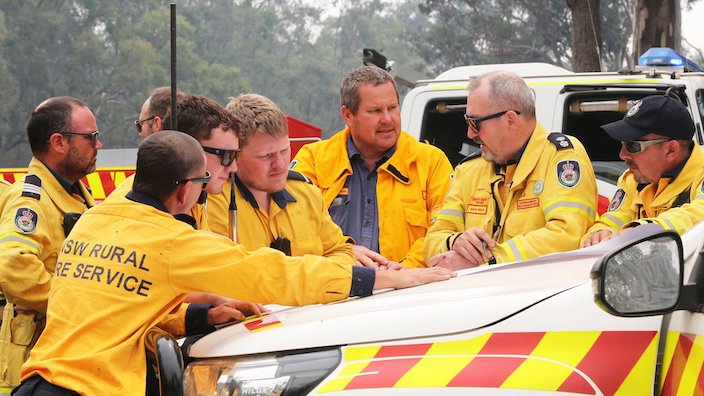 Superintendent Waltisbuhl agrees that having multilingual firefighters is a bonus when it comes to working in communities with a strong migrant representation. “In a lot of the fruit picking areas, there’s a lot of Asian people who migrate through those areas. Sometimes we need to be able to converse with them and deliver our safety messages particularly in bushfire season so that they understand the threat and the risks that are involved in working in those bushland areas,” he describes.

It's about helping your community

French-born FIFO worker Virginie Eastwood has been living in Australia for eleven years. She decided to become a volunteer rural firefighter with Queensland’s Mount Kilcoy-Sandy Creek rural fire brigade after her husband joined.

"I can help my community and be a part of it and meet some more people.”

Eastwood admits volunteering as a firefighter and being a working mother of two young children is a juggling act. Eastwood is thankful that she has family and community support whenever she needs to attend a call-out. “I’m living in the rural where you have no access to a babysitter so I always ask friends whether I can drop off the kids and if I can’t go, my husband will go,” says Virginie Eastwood. 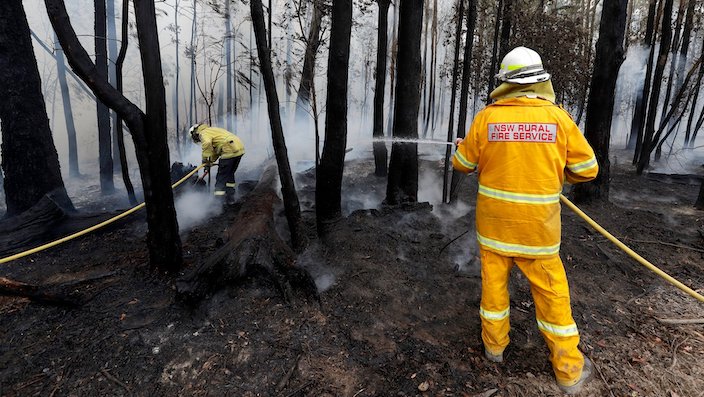 Firefighters manage a controlled burn near Tomerong, Australia, Wednesday, Jan. 8, 2020, in an effort to contain a larger fire nearby.
AP

Being a volunteer firefighter is rewarding

It’s been three years since Virginie Eastwood left Brisbane to live in rural Queensland and over a year since she volunteered with the local brigade.

“It’s so rewarding to be able to work with different people and to be in action and have adrenaline there, so it’s really exciting."

Although there are days where it can get really busy and tiring Eastwood admits, "...but I will go to sleep, and I say, ‘I feel I did something right and I feel like I did something good for Australia and for the people here.’” 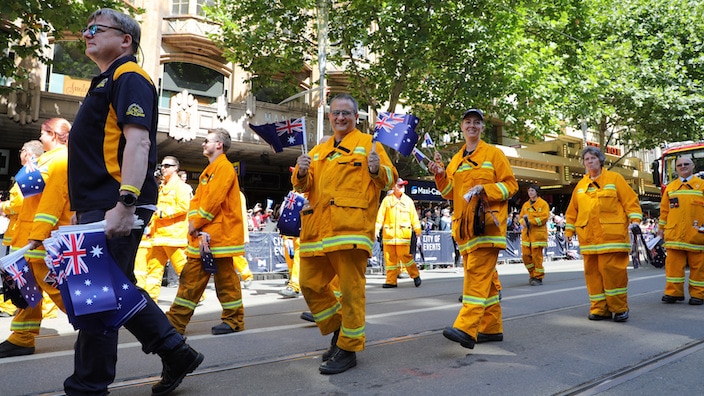 Meanwhile, brigades on the urban periphery generally receive fewer applications due to smaller populations. However Ellis encourages everyone who wish to lend a helping hand to take the initial step by getting in touch with their local fire brigade.

“I would encourage if people considering becoming a volunteer firefighter to contact their local brigade and they will be able to indicate whether they have a full complement of volunteers because there is a limit on the amount of equipment and personal protective clothing and just how many a brigade can sustain.”