Claude Muco is a student from the Democratic Republic of the Congo who came to Australia in 2014. He was afraid to return home because of ongoing ethnic violence in his homeland.

“Our people do not have any security, so most of the families have fled to Rwanda to seek protection.”

Depressed about his situation, Claude wanted to apply for asylum in Australia but he says that he had neither the knowledge nor the financial means to do so.

“I couldn’t afford myself to pay for legal services. I didn’t have any money on me.”

In his despair, Claude visited an asylum seeker center in the Sydney suburb of Newtown where he was told to apply for legal aid. Claude says this was the breakthrough he had hoped for.

“What actually Legal Aid helped me with, is filling in the forms, writing statements and assists me during the interviews. They worked towards my migration on my behalf. Even though I speak English, it can be a bit hard to understand what they are asking for. So through all this process, I have been helped by Legal Aid.”

“Our advice sessions go for 45 minutes and we provide free interpreters if people need it. So the message we’re trying to get out to people is, if you are thinking you are having a legal problem, even if you are not sure if it is a legal problem, call in and make an appointment because the advice is free anyway and it is completely confidential so nobody else will know that you have come to get legal advice.”

At Legal Aid free legal advice is provided for a wide range of issues, like, how to respond to a traffic fine, how to handle rental disputes, how to lodge a consumer complaint or what to do in a family crisis.

“So in terms of family law, where there is a family breakdown, we can assist where parents are trying to negotiate what will happen to the children, also, you know, if people want to apply for divorce and also in family violence matters.”

But Jeremie Quiohilag says Legal Aid is not only about helping new arrivals out of problems with the law; it’s also about raising awareness that legal regulations underpin every aspect of life in Australia.

“A big way that our service can make a difference is by helping newly arrived refugees learn what these rules are so that it makes the settlement process for them that much easier knowing that there is this legal framework that all these transactions happen in.”

It’s a lesson which Nena Yunus from Sudan had to learn the hard way. The 21-year-old came to Australia as a teenager and soon after had a run in with police.

“Just being silly as a young person, that’s all. Misunderstanding a lot of things and not having control over my emotions – that’s all.”

Legal Aid is not only about helping new arrivals out of problems with the law; it’s also about raising awareness that legal regulations underpin every aspect of life in Australia.

However, when charges were laid against her, Nena was looking for professional legal advice.

“I didn’t know but obviously once you have an encounter with police they do sort of suggest that you use Legal Aid.”

Eventually, Nena had to defend herself in court over the police charge, with a Legal Aid lawyer representing her during the proceedings. Denis Nelthorpe is the Chief Executive Officer of Wesjustice, a legal centre in the Western suburbs of Melbourne.

He says such court representation is means tested by Legal Aid and not always free.

“If you’re charged with a serious crime and you don’t have any resources for a lawyer you’re likely to qualify but the matter has to be sufficiently serious that you might go to jail. But, it’s fair to say, that people who are on Centrelink will always qualify for Legal Aid.”

Created in the 1920s Legal Aid was expanded in the 1970s by the then Whitlam-led federal government. Later governments established Legal Aid Commissions in all states and territories to provide access to justice for Australians.

Denis Nelthorpe says our Legal Aid scheme is one of the best in the world.

“If you committed a really serious crime in Australia and you were appearing in the Supreme Court, you would have an expert lawyer represent you. In a country like America you might actually be represented by someone a lot less experienced. The Australian legal aid system is I think regarded as a very good system.”

“They really helped me in all single steps with the migration system and it was really important to have them. Myself now, I have been granted permanent residency. I feel really wonderful, great and I’m grateful for that.”

Nena Yunus was relieved to be found not guilty of the charge against her. But she says the court case was an ordeal.

“It was a new experience and most people do get nervous – and I did get nervous – but I knew, I did nothing wrong. It was a relief to me that there was legal aid.”

She’s now inspired to want to join the police force and help other young people.

For more information on Legal Aid Commissions in your state or territory visit http://www.australia.gov.au/content/legal-aid 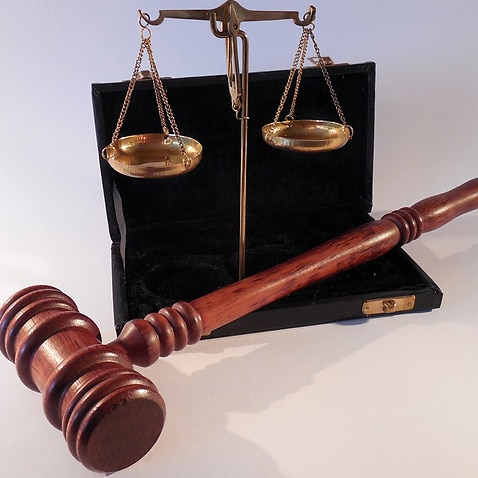 Settlement Guide: Did you know you can access free legal advice in Australia?