All workers in Australia need a bank account. But the different types on offer can be confusing for new migrants. So, what are the important things to consider before choosing a banking account?

For some migrants Australia’s advanced banks and cashless payment system require some getting used to. Robert, who came from Zambia, says, that he was used to paying in cash for routine purchases such as food, petrol, movie tickets and other daily expenses. He says he was surprised by the different way money is handled in Australia.

For some migrants Australia’s advanced banks and cashless payment system require some getting used to.

“I didn’t know you cannot be paid unless you have an account. I thought you could be paid by cash.”

The reluctance to leave funds in the hands of our financial institutions is often based on the poor performance of banks in the home countries of some of those who come here to start a new life. Olivia Nguy, Client Services Manager from the Liverpool Migrant Resources Centre, says that negative experiences with high inflation and banking failures have influenced the way some migrants manage their money.

“I guess what we notice is, there is a tendency for many people to withdraw large amounts at any given time and therefore have a preference to working with cash.”

Executive Director of the Australian Bankers’ Association Diane Tate says an everyday bank account is an important tool for a successful life in Australia.

She says from shopping to organising accommodation - not much gets done without quick and reliable access to money.

Diane Tate says Australia’s banks are among the world’s most advanced and reliable, making it easy to save and spend.

If you’re employed or you are receiving social security benefits from the government, you need to have a bank account.

“We know that overseas there have been problems with the banks and some banks had to be bailed out by governments or some banks have gone out of business. But in Australia banks are very safe and very secure, so a bank account is a very good place to keep your money.”

Banking in Australia is dominated by a group of large banks, called ‘the big four” – ANZ, Westpac, Commonwealth, NAB. However, Diana Tate says there are also other choices.

Opening a bank account is simple but you need valid identification.

“There are large banks, there are smaller banks which are regional banks, and then there are banks which we call mutual banks which are banks who put their profit back into their business and to their members, kind of like a credit union or a building society, ant we have those too in Australia, so there’s lots of choice of the type of banking institution. You don’t just have to go to the big banks.”

“When you go to a bank, the bank will want to make sure that the account that had been opened is in your name. If you need help opening a bank account you can bring a family member along but the bank has to make sure that you are the one who is opening the account so that things don’t happen like fraud and other security issues globally.”

An account can be opened online or on a smart phone, but in person a banking teller can assist.

In addition, all forms can be signed on the spot, making the process of opening an account an easy and speedy experience. Banks need to inform you about fees and conditions, including transaction and monthly account keeping fees, the need for a minimum balance and any penalty charges.

For some eligible customers, like pensioners, banks offer basic accounts without fees.

“If you got some savings and you want to put them away and you want to access them easily, there are savings accounts which pay a little bit more interest but if you got a lot of money and you don’t need to access it straight away, there’s an account called the term deposit and they are really good for people who have long-term savings strategies.”

There are some simple steps new migrants can take to keep their money and personal banking information safe.

Olivia Nguy from Liverpool Migrant Resources Centre says they advise new arrivals not to share the four-digit Personal Identification Number (PIN) which is needed to access their money.

She says it’s also wise not to let another person know the bank account number or the relevant access code for internet banking.

“I guess we noticed an increase of people coming through with intellectual disabilities and so those safety concerns might not be observed.  And so I guess people in caring roles should really ensure that that person is dealing with their own financial matters and their own banking details in a way that protects their own money and their own safety.”

Olivia Nguy from Liverpool Migrant Resources Centre says they advise new arrivals not to share the four-digit Personal Identification Number (PIN) which is needed to access their money.

Olivia Nguy says that some new arrivals do not understand the dangers of credit card debt and the required monthly repayments. She is urging banks to make it easier for migrants to understand how the credit card payment system works.

Robert from Zambia is happy with his banking arrangements.

“I think the terms and conditions are sometimes unclear. Some people might have a credit card and not understand the impact on credit history, for example if payments are not made on time. Also being clear around things like loans and supporting people to not fall in debt is probably something quite important to them to engage in and being more proactive in.”

Robert from Zambia is happy with his banking arrangements. He has found a job and his pay is regularly deposited into his account which he checks online.

Robert says his bank also assists him in transferring money back to his extended family in his old homeland, thus helping relatives make ends meet.

“I would say the banking system in Australia is good. It’s working well. It’s not bad, it’s good.”

The Australian Securities and Investment Commission (ASIC) offer tips on how to manage your bank accounts. 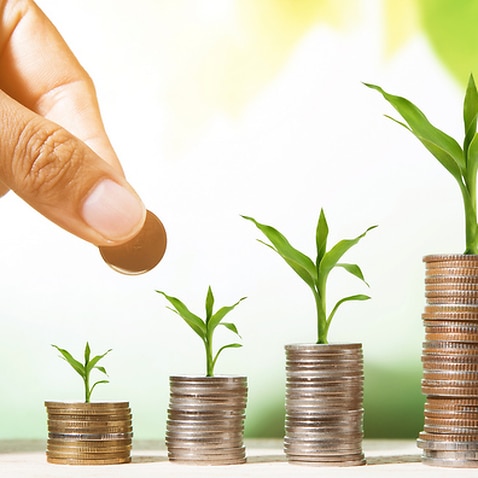 Settlement Guide: 5 tips on how to reduce banking fees