With just $80 and a few hundred Indian rupees, Pradyumna Kumar set upon a 6,000 km journey that would last five months, on a bicycle to meet his love.

An Indian man who cycled 27,000 kilometres across continents to meet his lady love in the 1970s will have his love story reproduced in the form of a movie soon.

Pradyumna Kumar Mahanandia, also known as PK, cycled for four months to reach Sweden to meet Charlotte Von Schedvin after they married in a village in the eastern state of Odisha.

Now her children are producing a movie to “immortalise” the epic love story of their parents, the PTI reported.

“A lot of producers—both and Hollywood and Europe—have evinced interest in a film on my parents,” Emelie Mahanandia Von Schedvin, the couple’s daughter, was quoted as saying. The family decided not to sell any rights in order to maintain the sanctity of the story.

Born in a poor family that was considered untouchable in India’s caste system, PK studied art in Delhi after facing many hardships during his childhood. He grew up to be an acclaimed artist who became famous and went on to draw sketches of many well-known Indians, such as Indira Gandhi and Fakruddin Ali Ahmed. When he was a child, his mother would tell him that according to his horoscope, he would someday marry a woman from a faraway land whose zodiac sign would be Taurus, who would be musical and would own a jungle.

When PK met his lady love Charlotte – born into Swedish nobility -  while she was visiting India and heard about PK’s ability to draw a sketch within minutes, he recounted his mother’s prophecy to her.

According to the BBC, Charlotte replied that she did own a forest and was not only musical but her zodiac sign was also Taurus.

"It was an inner voice that said to me that she was the one. During our first meeting, we were drawn to each other like magnets. It was love at first sight," PK told the BBC.

"I still don't know what made me ask her the questions and then invite her for tea. I thought she would complain to the police."

They both fell in love and got married according to tribal traditions.

When it was time for Charlotte to go back, PK decided to stay in India in order to establish himself.

Before PK decided to embark on his epic journey, he and Charlotte exchanged letters for a year.

“I wanted to go but did not have money to buy air tickets. So, I decided to sell everything and embark on a journey no one had thought before,” he says.

He then bought a bicycle and set upon a six thousand kilometre journey through Pakistan, Afghanistan, Iran and Turkey, that lasted five months, with just $80 and a few hundred rupees in his pocket.

“I didn’t just travel by bicycle. I got rides with trucks. I had a sleeping bag and slept under the stars. Sometimes people invited me into their homes and gave me food in exchange for sketches,” he told the National Geographic in an interview last year.

The story of PK’s epic journey has been documented in a book The Amazing Story of the Man Who Cycled From India to Europe for Love.

Recounting his struggles that were exacerbated by India’s caste system, he called caste discrimination “organised racism”.

“At home, as a child, I didn’t feel it, but when I came to school I came into contact with Hindus. There I felt I’m not the same as them. It’s like a skyscraper without the lift. You’re born on one floor and you die on the same floor,” he told the National Geographic.

PK currently works as an adviser of art and culture in the Swedish government. 'When love is in air' - Mohit and Felia’s love story Sammy and Naz: Love and laughter of a Melbourne comedy couple 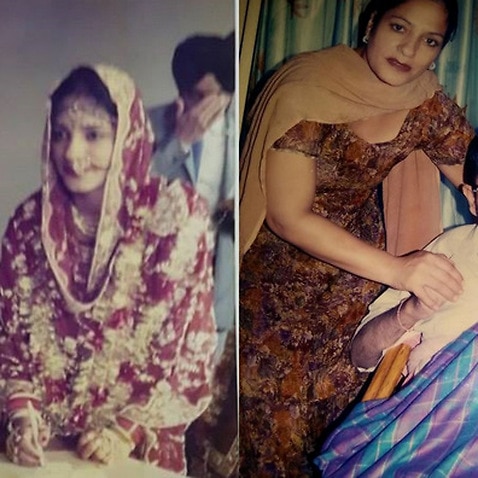 ‘My marriage was made in heaven’