The shoe-shine wallah's last wish was that his ashes should be scattered in India's holiest river - the Ganges.

Waugh is associated with Udayan Foundation in Kolkata.

In addition, he has an institute - the Steve Waugh Foundation - that supports children with rare diseases in Australia. Recently, Waugh visited Varanasi for a completely different cause - to fulfill the last wish of a well-known Sydney-based shoe-shiner.

He was a regular feature at Central Station, Martin Place and on the Pitt Street Mall in Sydney, Australia.

The shoe-shine wallah's last wish was that his ashes should be scattered in India's holiest river - the Ganges.

The wish was told to Melbourne's Father Bob Maguires.

“It was a lifetime opportunity for me and I really wanted to visit that city. It has a very spiritual feeling. To have the honour and privilege of scattering the remains of Brian (Rudd), I feel great about it. He had a very tough life and didn’t have a family. His last wish was to have ashes scattered in the Ganges. I am very glad to have done something for him and it was a celebration of his life,” Steve Waugh told Indian media.

He also shared a photo of Varanasi ghat on his Facebook page with hashtag #shoeshinebrian. 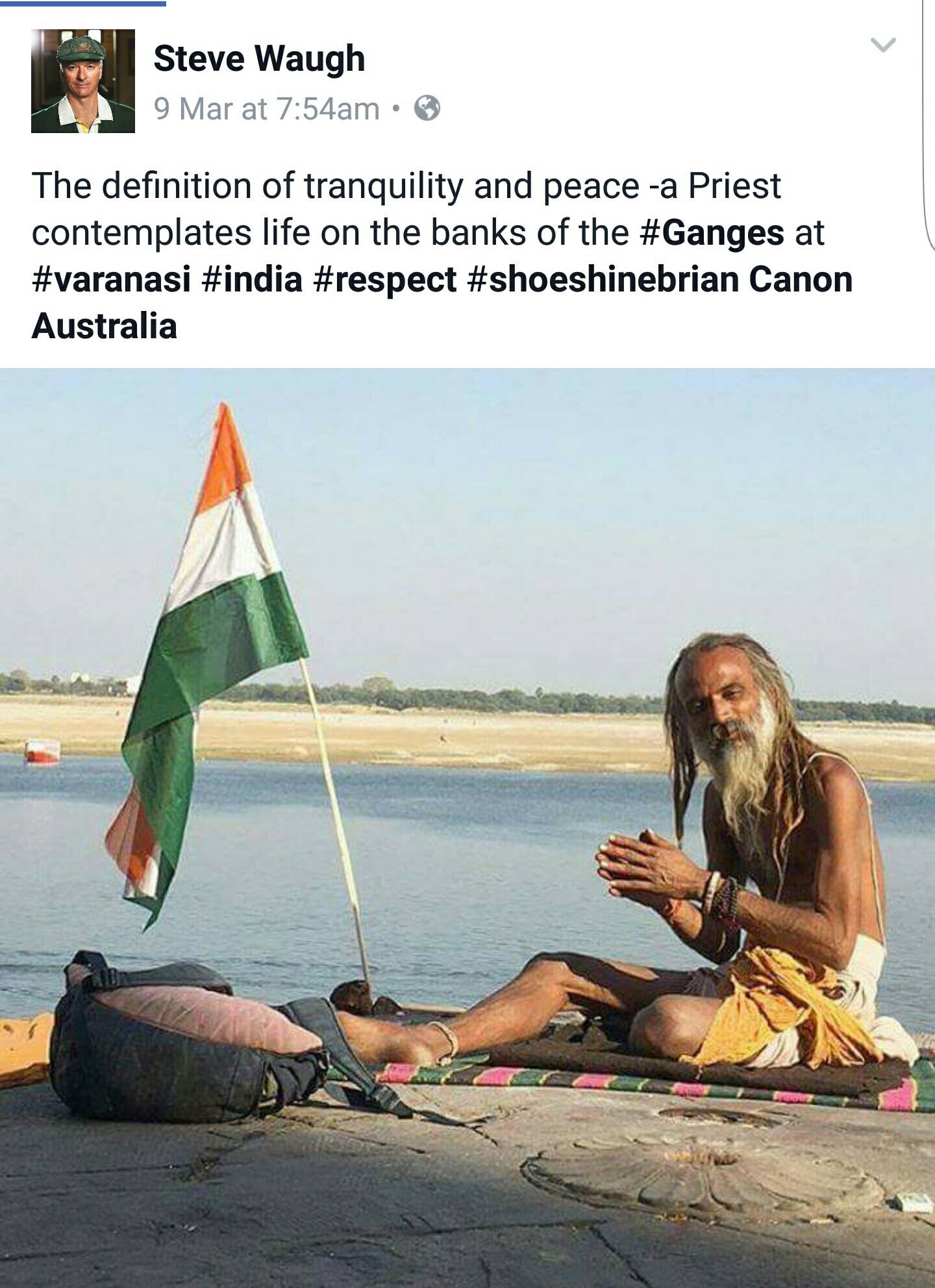