Members of the Kurdish community in Sydney gathered in front of Sydney Opera House to protest the Turkish military operation that started on the 20th of January on the Kurdish region of Afrin in north-western Syria-Rojava. They were joined by supporters from all over Sydney, among them New South Wales Green's MP Jamie Parker, and Australian politician and activist Hall Greenland.

Protesters chanted "Turkey - hands off Afrin," as they called on the Australian government as well as the international community to act, and pressure Turkey to halt its military operation on the Kurdish region in northern Syria.

One of the organisers, Ismet Tashtan from the Kurdish Democratic Community Centre of NSW (Nav-Dem), also addressed the crowd and called for unity among Kurds to defeat the "enemy."

"The enemy of the Kurdish people, the Turkish state and its supporters, ISIS and Al Nusra, must know, for as long as there's one Kurd alive, they cannot enter Kurdistan's land," he said.

Turkey began a military offensive on the Kurdish enclave of Afrin in north-west of Syria on 20th of January, with the help of pro-Ankakra Syrian opposition groups.

"The presence of all the terror lines in northern Syria will be removed," Turkish Defence Minister Nurettin Canikli told A Haber television. "There's no other way out,"

A military convoy of 20 buses carrying Syrian opposition rebels backed by Ankara also crossed over into Syria through the Oncupinar border crossing in the Kilis province, Turkish media reported.

Turkey claims many YPG positions have been targeted since the start of the assault. Journalist Mohemmed Billo from Afrin told SBS Kurdish that many villages surrounding the town have been targeted and the number of civilian casualties are growing, which include women and children.

Kadar Sheikhmous, Executive Director of Shar for Development NGO based in the Kurdish region of Jezira in north-east Syria (also known as Rojava), also told SBS Kurdish that there have been nearly 40 civilian casualties and at least 110 wounded.

"These are the numbers of reported casualties, there are also others that have not been registered," said Mr Sheikhmous, indicating that these numbers could be larger than what the Kurdish authorities have been able to record in Afrin. 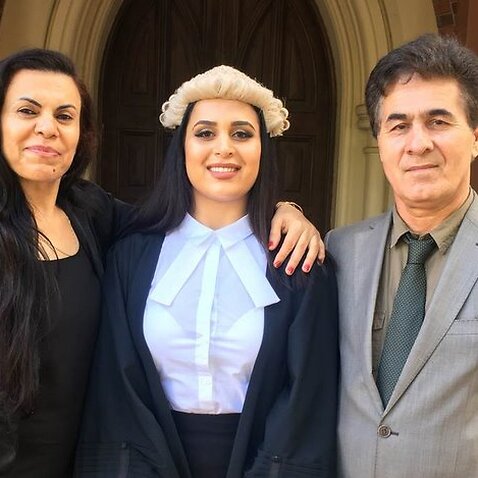