After two rejections, an Indian-origin family of Sydney on a temporary visa, finally has some hope after the Australian Border Force has offered to reconsider the travel exemption application of the grandparent of their child who has been stranded in India.

When the Australian government recently announced that permanent residents and citizens can travel to India to bring back their stranded children, temporary residents like Doney Jose and Ciciliamma Joseph felt sidelined as their four-year-old daughter remains stranded in India.

“Temporary visa holders are not getting the same treatment as permanent residents and Australian citizens, even in circumstances like these where children are stuck overseas,” Ciciliamma told SBS Malayalam.

She and her husband, Doney Jose, are healthcare workers in Orange, New South Wales.

One week ago, the family welcomed their second daughter, but they remain worried about their older daughter Evangeline, who they say is "getting to a stage of depression even though she is very young".

"It has been 16 months since we met her. Separation anxiety is now creeping into Evangeline," said Doney.

With the arrival of their new child, their older daughter is feeling insecure, he added.

Doney and Ciciliamma had left Evangeline in the care of her grandparents in Kerala, southern India, in March 2020. The grandparents had planned to bring her to Australia after a month.

Soon after, COVID-19 ushered in travel restrictions, and it has now been 16 months since the family has been separated.

“Every morning, my daughter asks my parents to take her to the airport so that she can fly to Sydney,” said an emotional Ciciliamma.

The family has applied twice for an inward exemption for Evangeline’s grandmother to accompany her to Australia.

The applications which cited health concerns for the child due to being stranded in India and also the need for support for her pregnant mother in Australia, were rejected both times.

Ciciliamma is unable to travel due to pregnancy-related complications.

“Due to my complications, my husband cannot leave me and our baby even if he gets an exemption to travel to India. We just want our daughter back with us safely,” she said.

Temporary visa holders are only allowed to travel overseas in certain circumstances for which a prior application for exemption is required.

“What we understand is that even if I am given an exemption to travel to India, due to my temporary visa, there is uncertainty about my return to Australia,” Doney told SBS Malayalam. 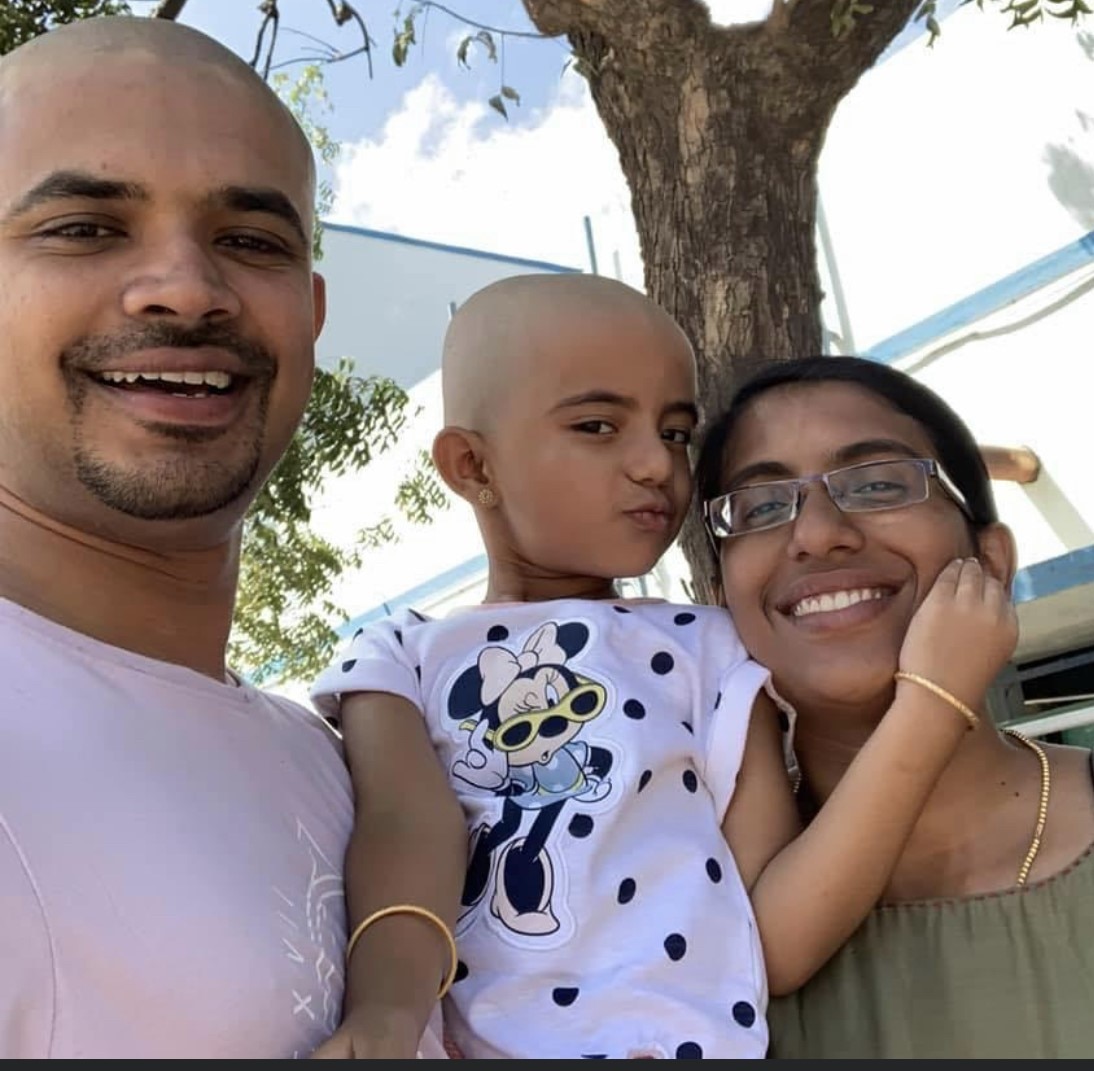 After receiving this query, Evangeline’s family has been contacted by the authorities for reopening their application for exemption, Doney told SBS Malayalam.

“After the authorities decided to reopen the application for exemption, we have hope and are now trying to get the paperwork ready for review,” he added.

SBS Malayalam has sought responses from the ABF and the Australian Human Rights Commission on this matter.

Australia’s National Children’s Commissioner, Anne Hollonds said, “children have a right to be with their parents.

“The Australian Human Rights Commission welcomes recent changes by the Australian government, allowing people to travel to India to escort a child who is a permanent resident or citizen back to Australia.

“This will give children the safety and security of travelling back to Australia with a family member or an adult who they know well.

“We encourage the Department of Home Affairs to consider whether this allowance should be extended to also benefit the children of parents who are in Australia on temporary visas,” she said in a statement to SBS Malayalam.

“To limit the spread of COVID-19 in the Australian community, from 20 March 2020, all foreign nationals who do not meet travel exemptions will not be allowed to enter Australia.

“The primary consideration for the grant of any exemptions is the public health advice provided by the Australian Health Protection Principal Committee (AHPPC) and the risk posed by overseas travellers.

“Information relating to family circumstances, welfare and support mechanisms, travel history and patterns are considered when making these decisions.

“Temporary visa holders currently outside Australia will still need to request an exemption to travel to Australia. Those without a valid visa will not generally be considered for a travel exemption.

“Travellers who are not in an exempt category and have a compassionate or compelling reason to travel to Australia will need to have an exemption from the Australian Border Force Commissioner.

More information about the Government’s travel restrictions and exemptions can be found on the Department of Home Affairs website.