Coming Up Sat 8:00 AM  AEDT
Coming Up Live in
Live
Italian radio
More

A new university-level language test targets migrants and spouses of Italians, unless they can prove their Italian ancestry “in their blood”.

Are you married to an Italian?

If so, you could have applied for Italian citizenship up until a couple of months ago, sat back and waited for your passport to arrive.

But now that's not enough.

If you aim to acquire Italian citizenship as a migrant in Italy or because you have an Italian partner, you now have to pass a thorough Italian language test, somewhat similar to the Australian citizenship test.

Where those two tests differ, however, is that the Italian test is more intensely focussed on language and grammar than culture.

"The applicant has to demonstrate no less than level B1 of the Common European Framework of Reference for Languages, which is an intermediate or low-intermediate score" says Italian Consul in Sydney Arturo Arcano.

It is a level of proficiency that is considered especially "ambitious" by Antonia Rubino, sociolinguist and Associate Professor at The University of Sydney.

According to Rubino, that level is "a good intermediate", the level achieved by students enrolling at Sydney University after five years of study of the language during high school. It is a level that implies a knowledge of complex grammar structures and technical terminology.

"I fear that there is a political will to exclude certain people from citizenship," she says, referring to migrants living in Italy who may hope to naturalise themselves as Italian citizens after years of working in the country. In particular the ones responsible to support their families.

"I cannot see how they can possibly prepare themselves to pass a test of this complexity." Meanwhile, the effect of the new law, which has been effective since December 4, 2018, can already be seen.

"In 2018 we received 58 [citizenship] applications. So far this year just we have received only a couple," says Mr Arcano with reference to applications made at the Sydney Consulate.

The law of blood

According to Consul Arcano, the new law only applies to "naturalisation" of residents or citizenships by conferral, particularly to non-Italian spouses or de-facto partners of Italian citizens.

But the bulk of people affected by the new law will be migrants already living in Italy.

However, if one can claim at least one paternal Italian ancestor that was alive after 17 March 1861 (the day Italy become a nation-state), they can obtain Italian citizenship without having to pass this test.

Therefore, an Australian citizen without any knowledge of the Italian language or strong connection to Italy can be granted citizenship if it can be demonstrated that one of their ancestors was Italian and alive some 150 years ago.

Yet, a person married for many years to an Italian with a family connection to modern Italy must demonstrate not only that they speak Italian, but also to be able to write long texts while being tested on their knowledge of complex grammatical rules. 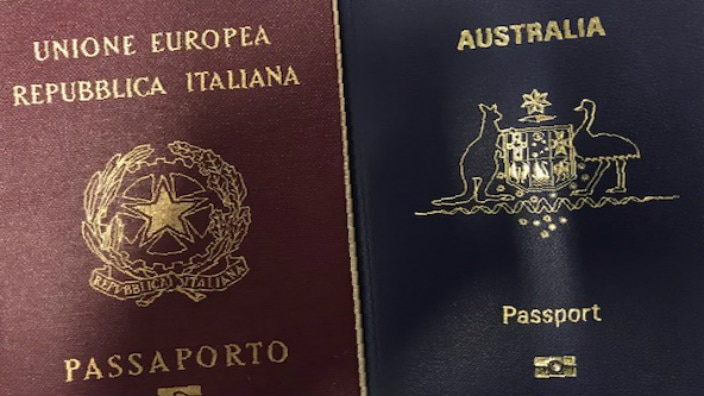 This double standard might surprise those who are not familiar with Italian citizenship law, which is based on the principle of jus sanguinis (Latin for "law of the blood").

Italian citizenship is granted by birth with no limit on the number of generations, or through the maternal line for individuals born after 1 January 1948.

"In this case you do not apply the Italian language knowledge criteria as the citizenship status is merely verified for a person who was already a citizen by birth," says Mr Arcano.

The debate around Italian citizenship law has been recently ignited by the story of Italy-born thirteen-year old Egyptian Ramy Shehata, praised as a hero for saving 51 children on board of a school bus that was hijacked near Milan and set on fire.

According to Italian law, in spite being born in Italy to Egyptian residents, he could not obtain Italian citizenship until he turns 18, at which time he would be able to apply without guarantee that the government will grant him a passport. Ramy Shehata (C), a middle school student who made an emergency call to the Carabinieri police from a bus with 51 schoolchildren.
AAP

Italy's government initially promised to award citizenship to the boy who saved the children with a phone call to police.

However, hard-line anti-immigration Interior Minister Matteo Salvini said at the beginning of this week that "at the moment the conditions to grant him Italian citizenship do not exist.", before engaging in a heated exchange with the 13-year-old boy, claiming that if the minor wants to change the citizenship law he must first be elected in parliament.

After having been labelled as a "bully" Salvini finally agreed on awarding citizenship to the boy, saying that he is "like a son to me".

According to leading Italian newspaper La Repubblica, there are more than 800,000 minors born in Italy to foreign parents or who had arrived at a young age in Italian schools.

The previous Italian government, led by centre-left Democratic Party Prime Minister Paolo Gentiloni unsuccessfully attempted to pass a new law on citizenship in late 2017, which would have seen the children of immigrants naturalised as Italian citizens. 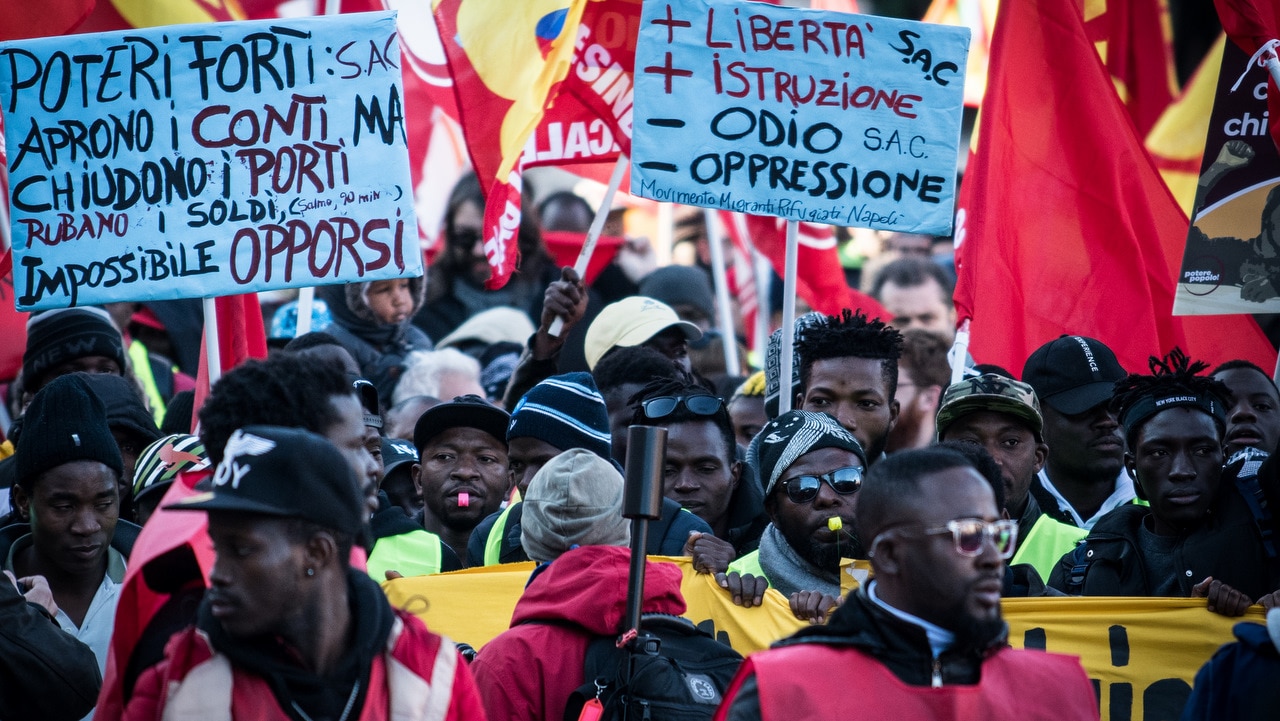 People demonstrate in Rome against the so-called Salvini decree on 15 December, 2018.
AAP