Pizza is arguably the best-known and most widely recognised Italian food in the world. A bid to include it on the lists of 'Intangible Cultural Heritage' has attracted over two million signatures.

Neapolitan pizza-making is at the centre of a world campaign to put it forward for Unesco’s Lists of Intangible Cultural Heritage.

The aim of the list is to protect and recognise the most significant cultural practices and expressions of intangible heritage from all over the world.

Since 2010, as promoted by Italy’s former Environment Minister Alfonso Pecoraro Scanio, over two million signatures have been collected as part of an online petition.

In an interview with SBS Italian in April 2016, Minister Scanio said the bid also received widespread support and “signatures in all the world capitals, from Argentina to Japan."

He also explained that "it initially obtained the support of pizzaioli (pizza-makers), of the Italian agricultural organisation Coldiretti and of Federazione Italiana Cuochi (Italian Cooks’ Federation)."

These two million signatures certainly represent a historical result for the world-renowned symbol of Italian cuisine and for the 'made in Italy' brand in general, a brand which often falls victim of agropirateria or agropiracy, a neologism by Pecoraro Scanio which indicates the widespread use of Italian-sounding names to sell non-Italian products.

UNESCO's Committee for the Safeguarding of Intangible Cultural Heritage will announce its final decision between December 4 and 8 in Seoul, South Korea.

If the bid proves successful, pizza will become the third Italian tradition included in the UNESCO lists, after the 'Mediterranean diet' and Pantelleria’s head-trained bush vines.

Meanwhile a few days ago, Italian astronaut Paolo Nespoli, currently orbiting around the Earth on the ISS, published an amusing video showing himself and his colleagues while preparing and eating pizza. While we wait for UNESCO’s decision, pizza has already conquered the outer space.

When you really, really miss pizza... you CASUALLY mention it to the International @Space_Station ​ Boss during a live public event 😉 Thank you Kirk for surprising us with unexpectedly delicious pizzas! #VITAmissionpic.twitter.com/WstvG3IKr1 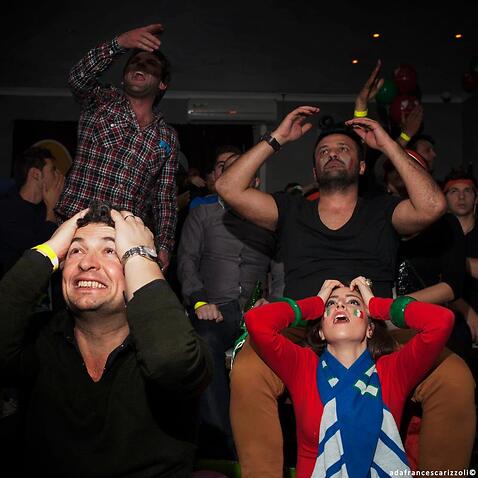 5 reasons for Italo-Australians to cheer up despite Italy's defeat The best tiramisù in the world? It’s not made by a chef