A Colombian woman who came to Australia as a refugee has set up an organisation teaching women the fundamentals of starting a business.

Luz Restrepo arrived in Australia in 2010 as a political refugee from Colombia. She didn't speak the language, didn't have any money and didn't have a job.

Her situation prompted her to begin to learn English at various Melbourne community centres.

It was at these seminars where she discovered other women who unlike her, did not learn English quickly and had difficulties integrating.

It was these experiences which motivated her to create SisterWorks, a unique social enterprise that helps migrant and refugee women gain independence and overcome exclusion by teaching business skills. 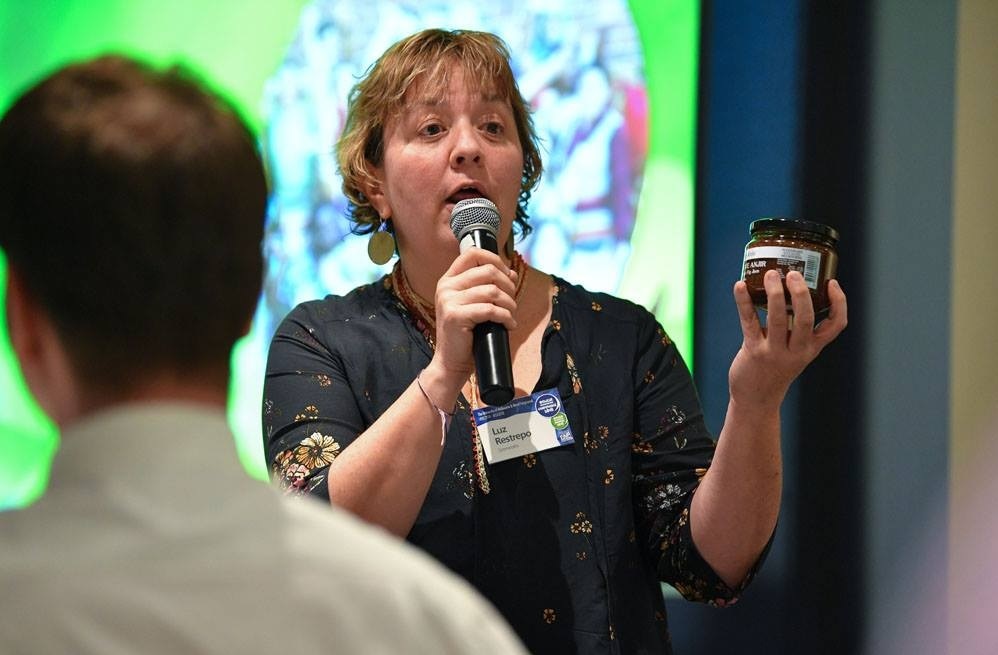 The organisation offers women the opportunity to create homemade goods, such as sauces, jewellery and homewares, and later sell the items at markets.

The workshops help them gain confidence, freedom and a sense of community.

Ms Restrepo said when she arrived in Australia, she discovered that there were barriers for women beyond learning English.

She said migrant and refugee women that she met were traumatised by conflict, experienced being mothers at an early age or had not been able to train for work due to the poverty in which they were immersed in.

"In Richmond, we have a headquarters where there is a warehouse and a workshop where they go to work and a commercial kitchen. Many migrants don't know how to cook or sew for business, and we teach them simple but high-quality products that they can repeat in a short time," Ms Restrepo said. She said in return, the women are paid for their work and considered as partners.

"At the end of the day they receive about $20 to $25 an hour for the work done without selling the product, but what we have to guarantee at the beginning before the product is sold, is that they are paid as partners," she said.

Also among these "entrepreneurs", there are other immigrant women who are mostly professionals who do not have work experience in Australia.

Ms Restrepo said these women usually stay around two, three or six months to gain the experience they need.

"It's about generating connections in the country where we live and generating opportunities with our Latino skills in Australia." This story was originally published in Spanish.