In her book 'You’re not Born Fat,' Gabrielle Deydier explains how it is to be an obese woman in France.

Obese people face discrimination pretty much everywhere in the world, but in France, where a slim frame is highly prized, the stigma is greater still.

In her book, On ne naît pas grosse (You’re not Born Fat), which has caused a sensation in her homeland, Gabrielle Deydier shares her own story.

"My goal was to prove to people that fatphobia is real," she tells SBS French. "When I used to talk to people about it, they didn’t understand.

"They thought I was being silly, that it was a kind of victimisation to justify my failures at work and in life," she says.

Fatphobia is a dislike of fat people, based on prejudices rather than facts, which often leads to discrimination.

It can be an employer refusing to hire an overweight or obese person because they assume they’re lazy; or a doctor not conducting proper tests and assuming their patient only needs to lose weight to feel better.

It also rears its head daily for obese people who can’t go to the cinema or sit in public transport because they don’t fit on the seat.

The fat acceptance movement is trying to change this bias, but are not there yet, particularly in France, where the epitome of beauty for women requires being thin.

“In France, people think it’s a question of willpower, that obese people are lazy,” says Deydier.

But the World Health Organisation clearly states that obesity is an illness.

“We shouldn’t be allowed to mistreat people because they are sick," says Deydier. "It’s intolerable."

Now 38-years-old, Gabrielle Deydier has been obese since she was 17. She went to the doctor as a teenager wanting to lose some weight, and he told her she needed to lose more and put her on hormonal treatment. It completely messed up her relationship with food and caused her to gain more weight. 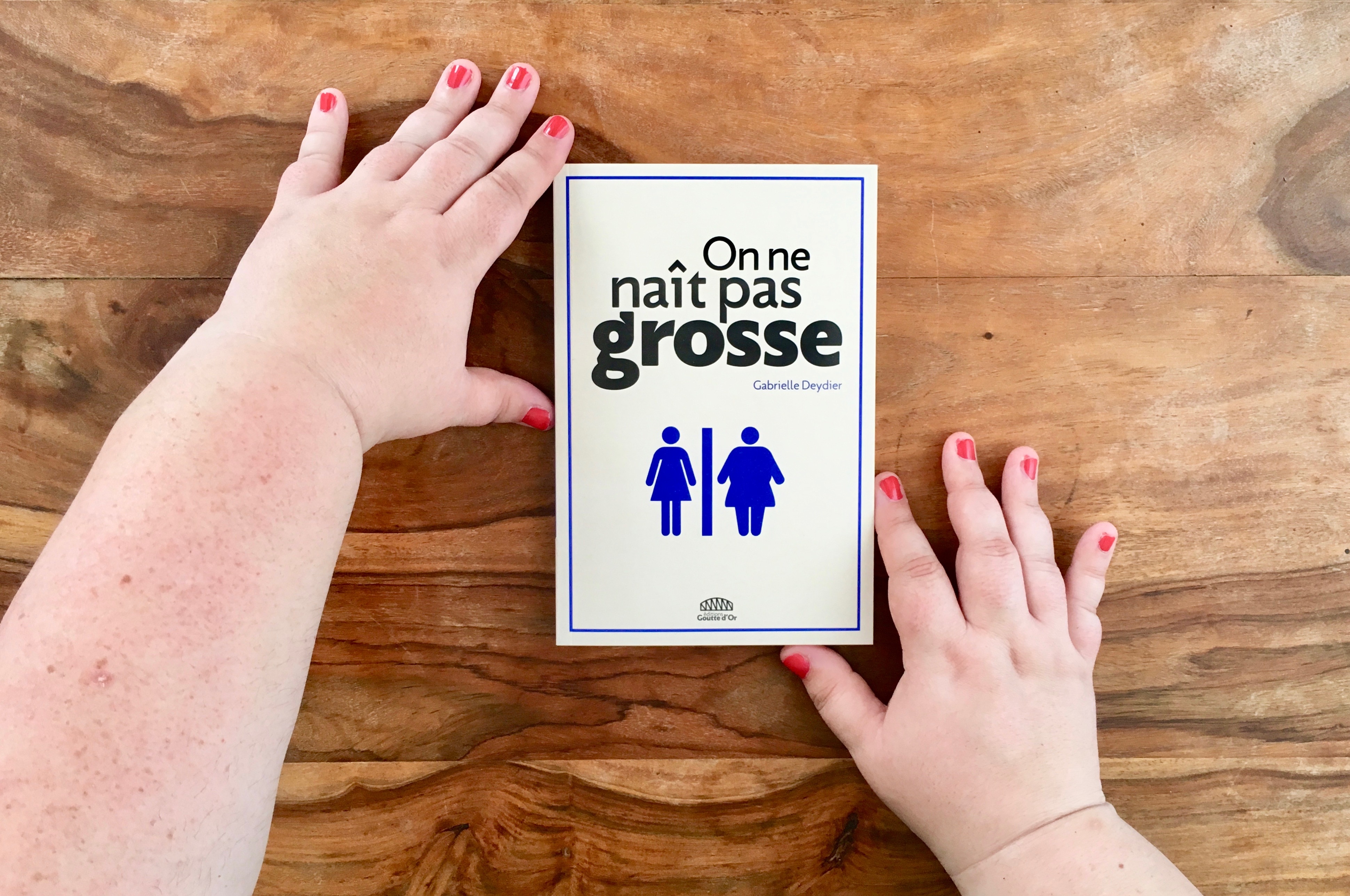 After her studies, Deydier suffered discrimination when trying to find a job.

“Employers told me they wouldn’t hire fat people," she says. "They said ‘no, you’re too fat’."

"I was told my IQ was inversely proportional to my BMI,” she recalls.

And it was not only employers. Doctors, colleagues and strangers behaved the same way.

"I was told my IQ was inversely proportional to my BMI."

Tired of the way she was treated, the French woman channeled her experiences and frustrations into the book, You’re not Born Fat, published through French publisher Goutte d’Or last June.

English-language publishing rights to the French-language book have not yet been sold, however Deydier recently hinted on Twitter that it could be on it's way in 2018 - and there's certainly no shortage of interest.

Thanks so much! For the English version my editors know better than I @edgouttedor but I hope in 2018!

As the subject matter resonates with many around the globe, interest is rife and the book is making waves internationally, particularly following a recent profile of Deydier by the Guardian - and people are sitting up and paying attention.

WOW fatphobia is so deep and so dark- even I'm kind of shocked by what this woman went through and I know fatphobia https://t.co/MVZxETep9D

So it turns out French women don't get fat... because they live in a wildly fat-phobic culture. (And here we all... https://t.co/rNb3mFJw6W

What it means to be large sized in France is being discussed for the 1st time. Shocking degree of fat shaming here. https://t.co/cU2tGw9AQi

The things Gabrielle Deydier recounts here show a much uglier side of France than we usually admit. https://t.co/nCO6jHCcQg

With almost a third of the world’s population being obese or overweight, Deydier says we need to change the way we see fat people  -and she hopes the book will have some impact.

"I hope that it will change people’s mindset," she says.

"Weight is very personal, and most people are only trying their best.

"We have to integrate those people into society, we can’t leave them aside."

Listen to a short interview with Gabrielle in English in the audio player above. Or listen to the full interview (in French) with SBS French below:

Is obesity the result of lifestyle choice or genetic disease?

#TheObesityMyth will challenge your preconceptions about this epidemic. Screening Monday nights 7.30pm on SBS and then streaming at SBS OnDemand.

Watch the first episode below: