The Australian community is rallying to help those affected in the southern Indian state of Kerala after heavy rain, flooding and landslides continue to ravage the region, with the death toll expected to raise well above 300.

The heaviest monsoon rains and floods in nearly a century continue to pour over India's southern Kerala state, with India's military involved in rescue operations.

Over 315,000 people are believed to have lost their homes, with over half currently living in government rescue shelters.  Others have moved to stay with relatives in higher, more hilly areas. "We're witnessing something that has never happened before in the history of Kerala," Chief Minister Pinarayi Vijayan told reporters.

"We have deployed our forces in seven districts. Those forces consist (of) our 14 teams plus, four teams were added to that recently. The 18 teams are there. These teams are engaged in, basically, rescue and evacuation works medical first response. Then, they are tackling the situations arising out of landslides, building collapse and also assisting the state administration distributing relief materials over there."

Melbourne resident Hiyas Valiyankode is in Malappuram visiting family. He told SBS Malayalam that they are stuck at home as authorities have warned them not to go outside.  His mother's house has been evacuated. "Those living there include my 80-year-old grandfather. They've been moved to a rescue shelter. I'm in a hilly area. So although flooding is not an issue, we're worried about landslides.

"We take turns and make sure one of us is awake throughout the night to be cautious as rainfall is heavy during the night. And as there is no electricity, we're charging our phones in the car and making sure our phones are fully charged at night."

The disaster happened when the state was just a few days away from its annual major festival - Onam, which falls on August 25th this year.

Many community groups and associations of the migrant Kerala community in Australia have decided to cancel their Onam celebrations and hand over the funds for relief operations instead.

"Our family members are in relief camps in Kerala. Then how do we celebrate here?" says Aparna Subhash, a member Malayalee Association of Perth (MAP).

"My family home in Kerala is submerged up to the second level and parents were evacuated from there. They are in a govt-run relief camp." 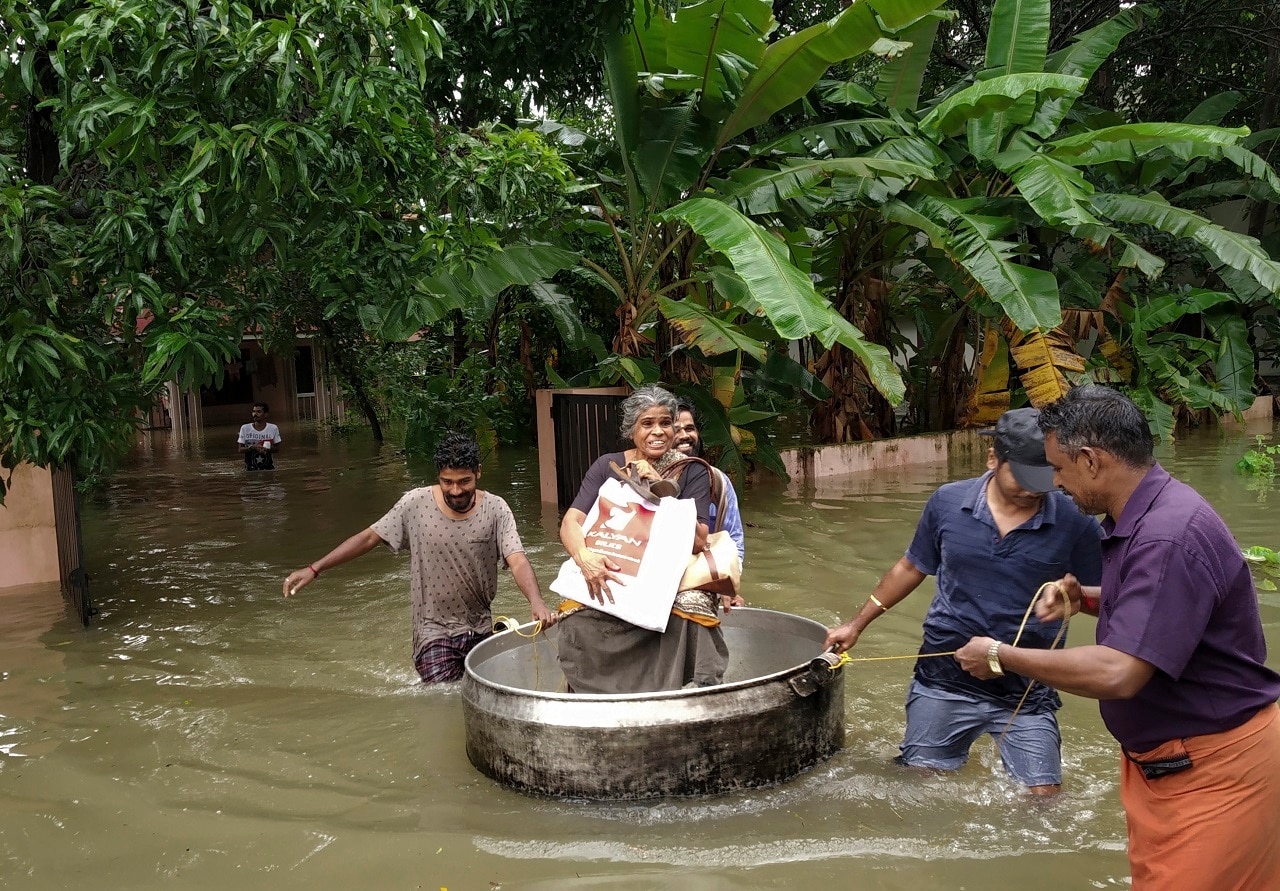 An elderly woman is rescued in a cooking utensil after her home was flooded in Thrissur, Kerala state, India, Thursday, Aug.16, 2018.
AAP

"We are transferring the money raised for the celebration, including the ticket price of around 1000 members, to the Chief Minister's Disaster Management Fund. We are even selling the food items that we cooked for the feast and collecting money for this purpose."

Soumya Jitto, a resident in Melbourne said they decided to cancel the friends and family get-together that was planned on Onam day but organise a fundraiser to help those affected in Kerala.

Many other associations and groups have also started fundraising activities.

The Indian Film Festival of Melbourne (IFFM) has also come out in support of flood-hit state, offering to donate its share of funds collected by ticket sales of two movies shown on August 18th and 19th.

The Department of Foreign Affairs and Trade says the Australian Consulate-General in Chennai has contacted registered Australians in the most affected flooded areas of Kerala and has confirmed their safety. 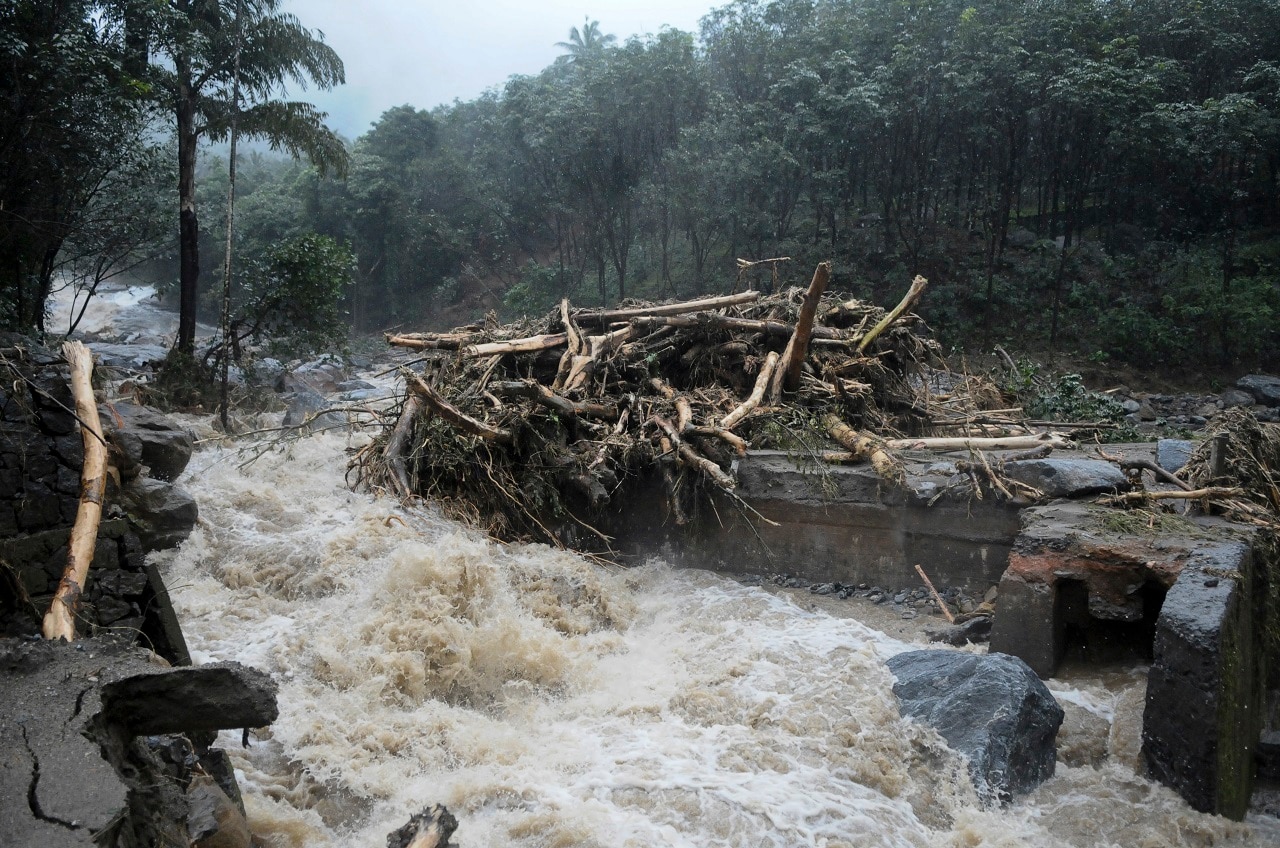 "The Consulate has not received any requests for assistance but is in close contact with local authorities to monitor the situation.

"DFAT’s travel advice for India has been updated with information on the flooding. We recommend Australians in the region follow the advice of local authorities and monitor local media. We also advise Australians to contact their travel providers following the temporary closure of the airport in Kochi. Australians in the affected area should contact their family or friends to let them know they are safe."