When asked by SBS Punjabi if he would be future Prime Minister again, Tony Abbott said, "let's see what the future holds."

Mr Abbott was in Wantirna (in Melbourne's south east), on Saturday February 17, to inaugurate an Indian restaurant chain. 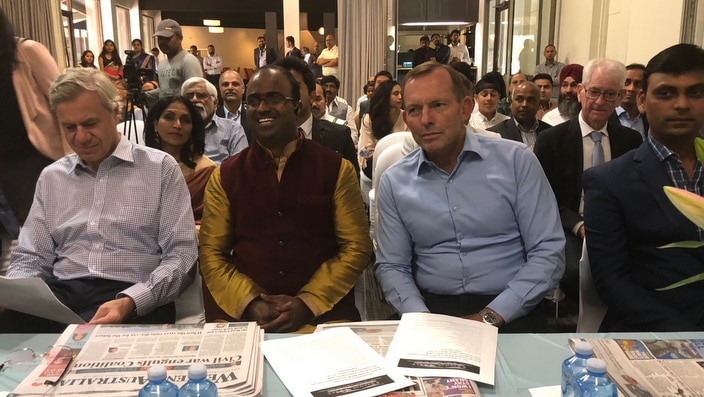 In a brief interview with SBS Punjabi, he reflected on the events that unfolded in Canberra last week, as the coalition begins to look shaky after Prime Minister Malcolm Turnbull and Deputy Prime Minister and National Party leader Barnaby Joyce both publicly criticised each other.

"This was a week that most people would have preferred had not happened," Mr Abbott said to SBS Punjabi. "But the important thing is for all of us to go on and trying to do the right thing by the people of Australia."

Earlier in the day, before Mr Abbott addressed the gathering at the restaurant opening, many admirers and supporters said he was not just "the former Prime Minister of Australia, but the future Prime Minister as well."

"So let's see what the future holds."

When asked again if he would rule out running for the top job, Mr Abbott smiled and said, "I'm here to serve as best as I can my electorate, my party and our country."

When asked about his recent utterances on scaling back immigration, Mr Abbott said," I'm completely in favour of immigration and Indian migrants make wonderful Australians. But we must serve the interests of all those people who are already here, including the Indian community, so that we have unclogged roads, increasing wages and lesser pressure on housing prices."

"So for a limited time, we must scale back immigration back, but what we will never do is do anything that makes immigrants feel like strangers in their own country."

"Immigrants have made this place, we are immigrant nation - always have and always will be, and that's what lends a heroic dimension to the Australian story."

Addressing the audience earlier, Mr Abbott said he was inaugurating the Indian restaurant to "pay tribute to all small businesses." He said, "Although we spend a lot of time lionising the work done by our nurses, doctors, teachers, police and the military, and so we should, but we must remember, they have jobs."

"Small businesses create jobs. They put their economic lives on the line to create jobs for others."

"We can't have a community without an economy and small businesses are the backbone of our economy." He added, "India is an emerging super power and will have a vast role to play globally."

There were many Abbott fans in the gathering, including young children who asked for autographs as well. 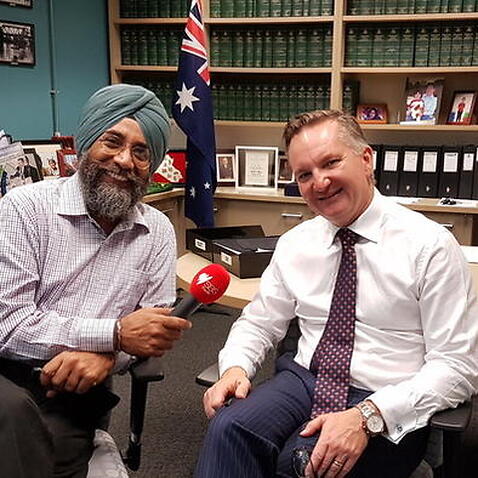 Top 10 professions for Punjabis in Australia