A Melbourne schoolgirl is the youngest contestant ever to perform at the popular reality TV show ‘The Voice’. As Janaki sang Billie Eilish’s ‘Lovely’, the performance made all the judges turn their chairs around during the blind audition.

“Getting on that stage and performing at the biggest singing show in Australia was a dream come true for me. I was hoping and praying for one of the coaches to turn their chair around, but when they all did, I was over the moon,” said an ecstatic Janaki Easwar, the youngest ever contestant to participate in the popular reality show The Voice.

The daughter of Indian migrants from the southern Indian state of Kerala, Janaki carried her Indian heritage to the stage with the kasavu (a traditional golden and cream fabric from Kerala).

In a blind audition, judges have their backs towards participants while they perform. At least one judge has to turn around for a participant to progress in the competition.

It didn’t take long for the judges – renowned singers Keith Urban, Jessica Mauboy, Rita Ora and Guy Sebastian – to press their buzzer and turn around after listening to Janaki’s rendition of Billie Eilish’s Lovely. 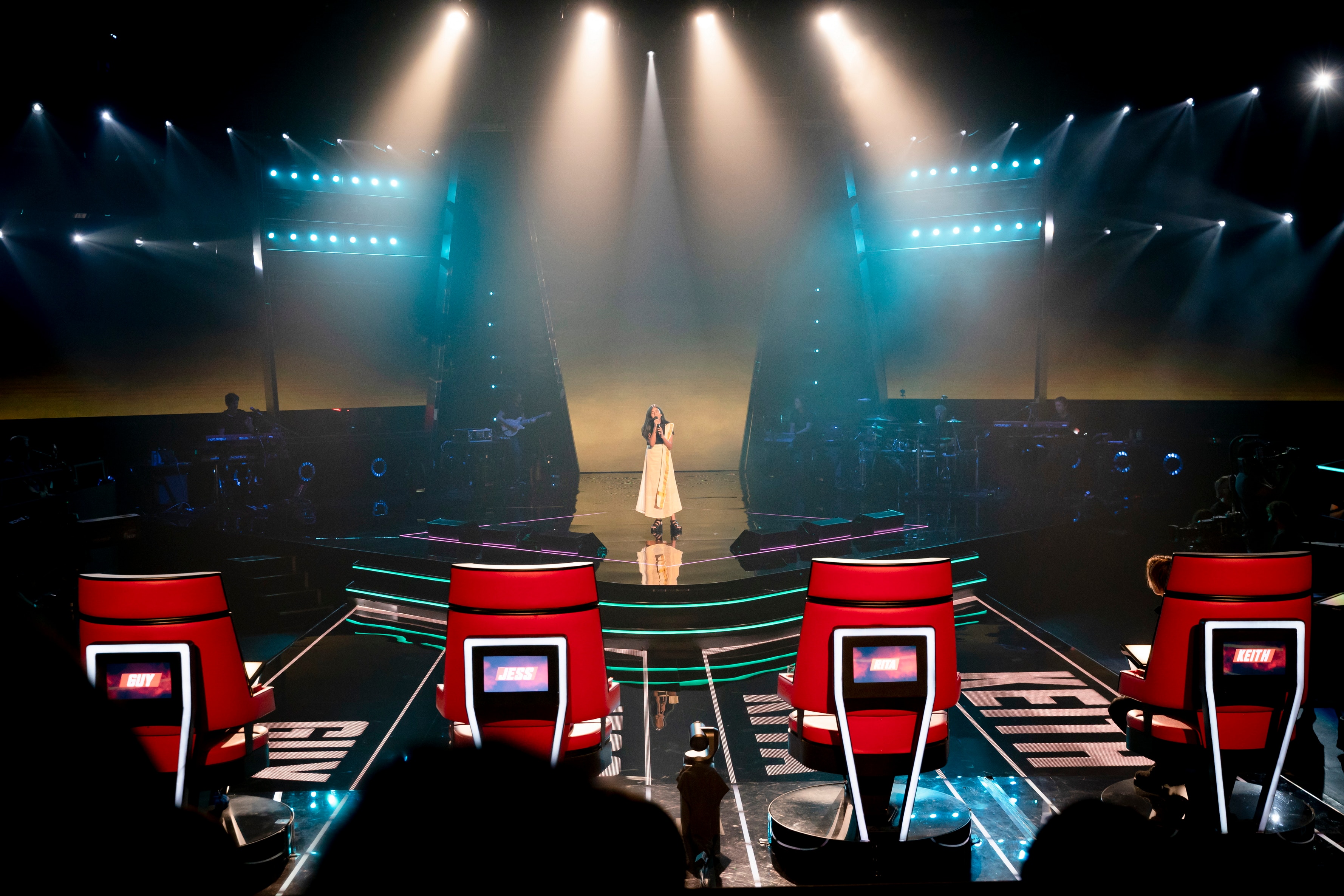 Janaki Easwar performing at the blind auditions on ‘The Voice’.
Supplied by Anoop Divakaran/Channel 7

Janaki was born in Australia after her parents migrated from Kerala in 2007.

She has been training in Carnatic music – a style of Indian classical music – and playing the violin when she was in pre-school before taking up Western music lessons in Year Four.

She is not new to performing on big stages. But the blind auditions in this reality show did make her parents a little nervous

“That experience is something that we can’t express in words. We have seen Janaki doing well on many stages, but to be honest, we were really nervous this time.

“We believed in her and wanted the world to see what our 12-year-old can do with her voice. She did make us very proud, as you can see from the blind audition videos,” Janaki’s parents Anoop Divakaran and Divya Ravindran told SBS Malayalam.

Well before the show, Janaki had set her heart on working with Jessica Mauboy if she got a chance. Now, she is in Team Jess.

Ms Mauboy had represented Australia at the 2014 Eurovision Song Contest and has won several music awards.

“My parents and I had decided that if Jessica turns around, I would go with her. All four coaches are exceptional artists and amazing humans, but Jessica is someone whom I can relate to,” Janaki said.

After her singing Lovely, the 12-year-old was requested an Indian song by the judges. Janaki sang Maathe, a Daru Varnam in Raaga Kamaas.

Music runs in the family

After several years of hard work and music lessons, this night under the spotlight was a moment of pride for both Janaki and her parents.

“After getting exposure to Western music and opportunities to compose my own work, my music coach, David at Jaanz Music Academy, said that I was ready to go on a big platform,” Janaki said.

But she adds that apart from a lot of hard work and learning, she owes a lot to her genes.

“My dad and uncle are excellent singers who perform at social programmes. My mother has an ear for music that helps me in my song choices,” she said.

Mr Divakaran is a familiar singer in Melbourne’s Malayalam-speaking community while his brother, Arun Gopan, is a playback singer in South Indian movies.

Interestingly, just like his niece, Mr Gopan also became popular in the community through a music reality TV show in Kerala.

“Music has always been a part of our family. It’s in the car, at home or at our weekend get-togethers, and that has helped Janaki a lot,” Mr Divakaran said.

Own signature in music

There are many singers whom Janaki admires, like Tori Kelly and Yebba, but the young artist wants to make her own mark.

“My aim is always to write and compose my own songs. I have already written many and want to release them,” she said.

“I do not want to be stuck to one style. I will explore different genres as I write more,” she added.

Violin and ukulele are amongst the musical instruments that Janaki is currently good at but wants to take up piano lessons soon. 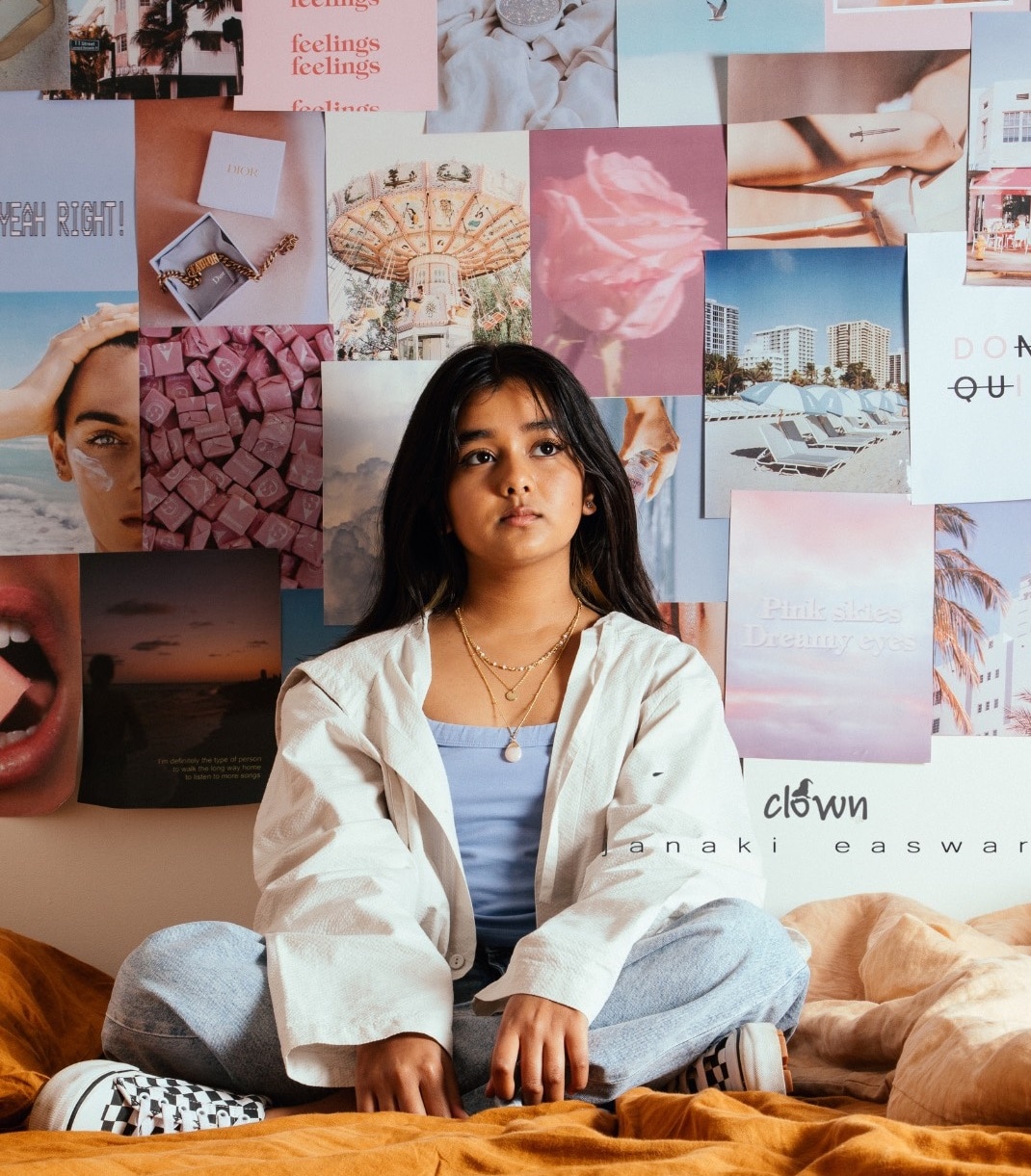