Victoria’s Australian of the Year and finalist for the national award, Paris Aristotle believes the US-Australia refugee deal will stand firm under President Trump, despite many political commentators suggesting that the resettlement plan is now in doubt.

Donald Trump may be reversing a lot of policies and deals made under the Obama administration, but Paris Aristotle predicts that the plan for the resettlement of people from the Manus Island and Nauru detention centres will remain under the new American President.

The prediction comes from a long-time advocate of refugees and asylum seekers, as Aristotle today stands as the chair of both the Settlement Services Advisory Council and the Minister's Council on Asylum Seekers and Detention.

Now he also stands among the eight finalists for 2017 Australian of the Year.

“We have to wait and see what happens with respect to President Trump,” Aristotle tells SBS Greek ahead of the Awards.

“I think our relationship with the US is multi-leveled and layered. It’s not just about one or two different things,” he says.

“It is long-term and we’re part of an alliance and the main issue that has been expressed by President Trump is that they wouldn’t want anyone coming to the US that they don’t have all the information about.”

Mr Aristotle says that the US therefore wouldn’t have grounds to turn back the Nauru and Manus detainees.

“In the case of the people in Nauru and PNG, there is more information about them than any other refugee group anywhere,” says Aristotle. Trump posted a tweet today reinforcing that his stance on refugees is as tough as ever:

Big day planned on NATIONAL SECURITY tomorrow. Among many other things, we will build the wall!

Australian Immigration Minister Peter Dutton seems unshaken by the remarks, reinforcing Aristotle's prediction and insisting that the government would continue working on the deal with the US.

"We look forward to working with President Trump on this issue," Dutton told the ABC.

"We will continue to work with our friends in the United States on the arrangement but will not provide a running commentary through the media."

Listen to the full interview with Paris Aristotle (in English) with SBS Greek:

The CEO and founder of the Victorian Foundation for Survivors of Torture, also known as Foundation House, made a plea to the Australian government, and PM Malcolm Turnbull, in September of 2016, to find a decent resolution for settlement for people identified as legitimate asylum seekers.

"I understand we need to deal with smuggling, but detention is not a deterrent anyway"

Voicing his concerns, Aristotle says, “I don’t think people should be detained anyway.”

“I understand we needed to deal with smuggling but detention is not a deterrent anyway, I had concerns about the conditions.

In addition to his concerns about the conditions, Aristotle says, “I was very concerned about the length of time that it had taken.”

“And that length of time had very severe psychological consequences for people -  including children.”

“So really what my plea was for the government to move more quickly to find permanent outcomes for people”, Mr Aristotle says.

"My plea was for the government to move more quickly to find permanent outcomes for people."

The son of Greek Cypriot migrants, Aristotle has dedicated the last 29 years of his life to the support of torture victims.  In 1987, he established the Foundation House, which has since grown to a national network of over 200 employees, providing care and healing for refugees who have arrived on our shores fleeing horrors of war and all kinds of traumatic prosecutions.

He tells SBS Greek that his inspiration was an autobiography of Guatemalan Rigoberta Menchu, who was also awarded with the Nobel Peace Prize.

“I was about to go on a big overseas trip when I was still young, and see the world,” he explains.

“And there was a job advertised for six months to get this organisation set up -  [six months] was all they had the money for - for one worker.”

“And I thought it would be interesting work to do and I had read a book by Rigoberta Menchu… and it was a story about what had happened to her and her family and her community in Guatemala, and it had quite a big impact on me.

“It made me decide that I would apply for the job, I would help them set up and then go on my overseas trip,” Aristotle revealed.

And the rest, as they say, is history.

“I would want to be respectful to the whole range of challenges the Australian community had been dealt,”

So what would be his priorities if indeed he was honoured as 2017’s Australian of the Year?

“I want to be careful not to just make these issues, the only issues that I think people should be thinking about.”

“I would want to be respectful to the whole range of challenges the Australian community had been dealt,” he says.

“I’d want to be able to promote a more balanced and sensible discussion in the political and wider community spheres about how to deal with these issues. Whether we’re prepared to examine all of the evidence and think about compromises that would help us manage this issue better”, Aristotle said. 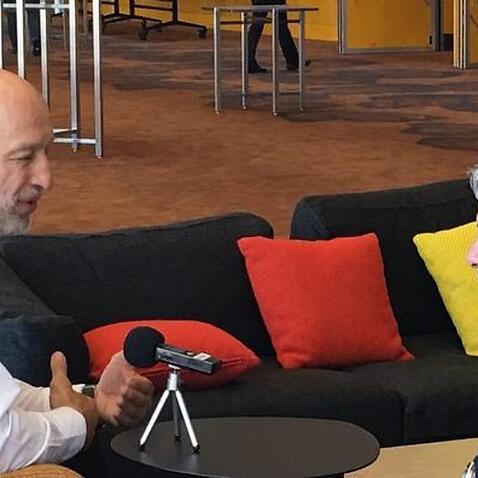 Paris Aristotle amongst the finalists for Australian of the Year Australian of the Year nominees strong on migrant, Indigenous work 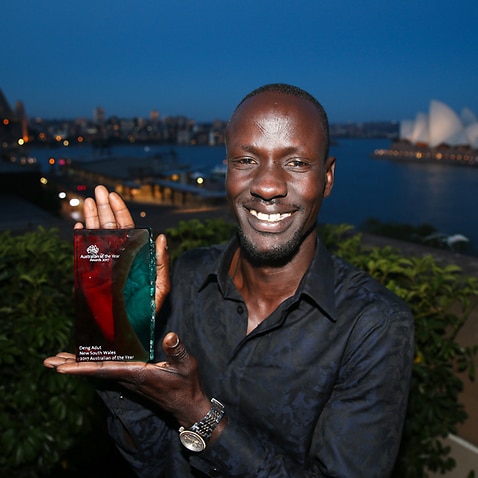 Deng Adut 'shocked' to be named NSW Australian of the Year 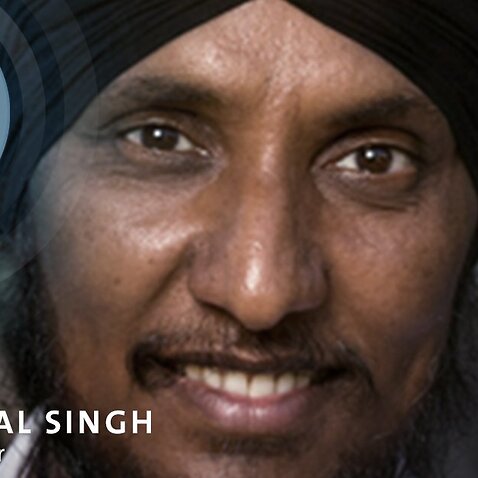