An attempt to cycle around Australia by three Argentinian tourists has been cut short at the halfway mark after their visa extension requests were denied.

Argentinian friends Daniel Recht, Maximo Cadel and Franco Recht have spent the past 10 months peddling more than 8500km along Australia's coastline from Perth to Cairns.

But with 7500km left to complete the journey, they were informed by the Department of Home Affairs last week that their one-year tourist visa was not going to be extended by six months.

The rejection, described by Mr Cadel as "very frustrating," meant that the group must leave the country within 30 days.

The group, which has been documenting its exploits on Instagram and in the process of making a film about the journey, said the extension was needed to ensure safe passage through Australia's northern regions during the wet season.

"The northern rains, which start now in the summer, make it impossible for us to continue the trip," Mr Cadel told SBS Spanish. 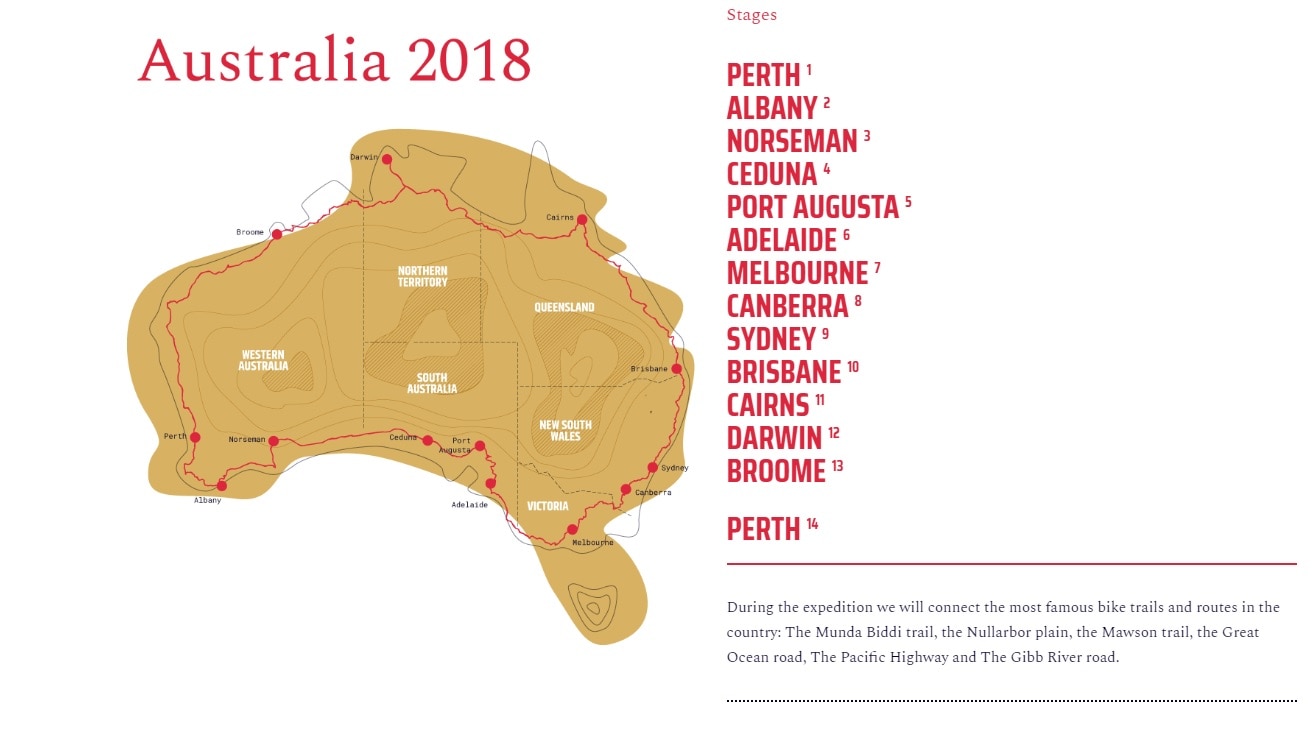 The stages of their journey. They are up to Cairns.
The Bikings Project

"We like the extreme and we like adventure, but this is now literally suicide. The streets are all closed. The roads are flooded. And in those floods throughout the north, it is full of crocodiles.

"It is very difficult to find places for camping and get provisions. We’ve already experienced the extreme conditions in Australia because Australia is a giant bush, but we don’t think it makes sense to throw ourselves towards suicide. We want to finish the round, but we do not want to kill ourselves."

The Home Affairs department deemed that they weren't "genuine tourists" despite providing proof that they had pedalled from Perth to Cairns, according to the group.

"We intended to renew our visas. This time, we did the same bureaucratic paperwork that we had done at the beginning, demonstrating the veracity of the project and all the reasons why we needed to extend (the visas)," Mr Cadel said.

In addition to providing testimonies from locals with whom they shared these months, Mr Cadel said their applications were accompanied by evidence that they still had the financial backing of an Argentine producer that had been funding the project from the beginning.

"It seems to me that it is an ambitious project that should have been taken a little bit different from what normal visas are for any person," he said.

In addition to the $3000 each member already paid for their unsuccessful visa applications, they have the option of paying $5400 to have the decision appealed.

Mr Cadel said the "bureaucratic process" did not assure them a positive response.

"Our biggest frustration is to have felt part of the culture of the Australian people and to have thought that the government was never going to tell the team that is going through their country – documenting and pedalling it – that they were going to say no," he said.

"We have it all. We have a GPS map on our website where you can see and follow all our tours. This is the truth of all the people we met, how we passed through the mountains of Australia, how we crossed the Australian desert, how the people received [us] and how we share our cultures."

SBS has contacted the Department of Home Affairs for comment.