The Victorian Government is pushing for changes to international education that may see English language requirements enhanced for international students in Australia.

The Victorian state government is pushing for a review of English language requirements for international students amid concerns they are falling behind due to a lack of English skills. It said the issue will be taken up with the Commonwealth Government as soon as possible.

Premier Daniel Andrews has written to the National Tertiary Education Union about it and the state government will also consult and engage with the Vice Chancellors of the Victorian universities.

"International students are a vital part of Victoria’s education system but it's concerning that some students are enrolled in courses without adequate English language skills to complete them,” Acting Minister for Higher Education James Merlino said.

"This isn’t fair to either those students or teaching staff, which is why we will look at raising this issue at a federal level." International students seeking to undertake study in Australia have to prove that they have the English skills required for relevant courses through internationally recognised English language tests, such as IELTS and PTE.

While these requirements are set independently by higher education providers, the minimum acceptable score on IELTS for an Australian student visa is 5.5 Bands out of a maximum of 9. 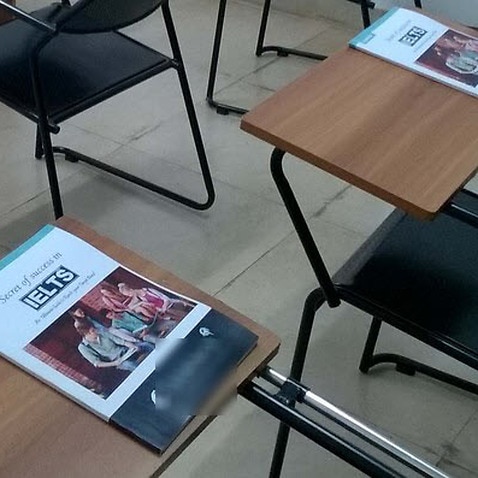 However, prospective students who fail to get the minimum score can still undertake educational courses provided by Australian providers by combining a 10-20 week English language course, known as ELICOS (English Language Intensive Courses for Overseas Students) with their studies.  Though these English courses are designed to enhance the English skills of students, they don’t have to take an IELTS test again before commencing the course they originally intended to undertake in Australia.

Sahil Puri worked closely with ELICOS students at the Victoria University in Melbourne when he was the vice-president of the International Students Association at VU. He says he saw them struggle due to their limited English.

“ELICOS students come through diploma courses and until then they have great support but the university environment is challenging for them. Some of them did reasonably well, but I saw many of them struggle, at least half of them,” Mr Puri told SBS Punjabi.

He said these students need more support throughout their university education. She said her attempts to rectify the issue were met with “superficial responses”. She said universities feared increasing English requirement would affect the huge revenue brought in by international students.

“I spoke to everybody.. I ran out of people I could speak with who were relevant to the issue. I was told this was being discussed in meetings, but I was never invited to those meetings,” she told SBS Punjabi.

“Whenever I see an international student who is struggling, I feel overwhelmed by guilt and shame. I can’t do it anymore,” she wrote in a blog after she quit her job. She said many students were experiencing stress and anxiety due to this.

"Universities are responsible for ensuring the students they enrol have the language skills to participate fully in their education and meeting the requirements of the Higher Education Standards Framework 2015.”