Salman Khan is currently in Hong Kong for the first leg of the 'Da Bang 2017' tour.

He shared a glimpse of his rehearsals on the social media – Twitter.

On Da-bang 2017 tour, Salman is accompanied by Bipasha Basu.

The dua can be seen dancing on one of the chartbuster hit of Salman, ‘Hangover’.

The photo shows him standing on the stage amidst bright spotlights. 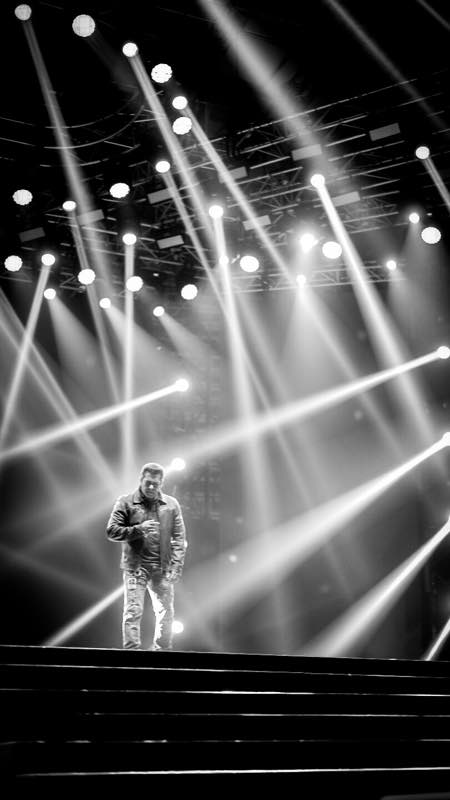