Multi-talented legend of stage and screen Paul Capsis caught up with SBS Greek recently, where he lamented the absence of younger and diverse audiences in Australian theatres.

Cabaret, singing, acting, theatre, TV and film: the iconic Paul Capsis has done it all - but 'not comedy!' he says.

Catching up with SBS Greek, the Australian star of Greek and Maltese descent talks about the old-fashioned Greek and soul music he listened to through childhood, 'Skyhooks', his obsession with makeup, feathers and he also laments the absence of young and diverse audiences in Australian theatres.

SBS Greek: What sort of music were you listening in young age and at home?

Paul: I was very lucky that I had a lot of mixed influences musically from my father side, it was obviously the Greek music which we played all the time; Every trip and on long drives, we listened always old Greek music. My dad also liked Andy Williams and soul music. My mother liked soul music; the Supremes, Otis Redding and Rod Stewart. My grandmother like Al Jolson and Mario Lanza.

When I was a child and I started being influenced by music shows on television, ’Countdown’ was very big when I was a kid. I discovered the Australian group ‘Skyhooks’ and I became obsessed with them because they were men wearing makeup and feathers in the 70s. I also became a big fan of Suzi Quatro.

From then I discovered other great artists - mainly from the 60s - and lots of different people - Janis Joplin, Jimi Hendrix, Billie Holiday, Bessie Smith, Edith Piath. Pretty much my music taste is still there.

Below: Listen to Paul Capsis' full interview (in Greek) with SBS Greek:

SBS Greek: Back in the days, were you trying to mimic these great voices?

Paul: When I was little, I used to pretend and to do voices in the schoolyard, which got me into trouble from the other kids.

Later on in my life, I paid homage to these people in a professional way. In my early work, I used to do a whole show doing lots of different people Diana Ross, Janis Joplin, Tina Turner.

Then I progressed from that into more the songs that I loved: the songs of Judy Garland, Janis Joplin, Billie Holiday and Amy Winehouse.

SBS Greek: Where does your heart belong to most? Theatre, cinema, music?

Paul: All that except comedy! Of course, there’s an element of comedy in my theatrical work. I’m definitely not a stand-up comedian.

"A lot of Australian audiences in the theatre, are old and white. If it wasn't for those people, there would be absolutely no theatre."

SBS Greek: How would you describe today’s theatre in Australia?

Paul:  I don't see enough young people in the theatre and I absolutely do not see enough multicultural representation in the audience. A lot of Australian audiences in the theatre, are old and white. If it wasn't for those people, there would be absolutely no theatre - because these are the people that spend the money and go to the theatre. 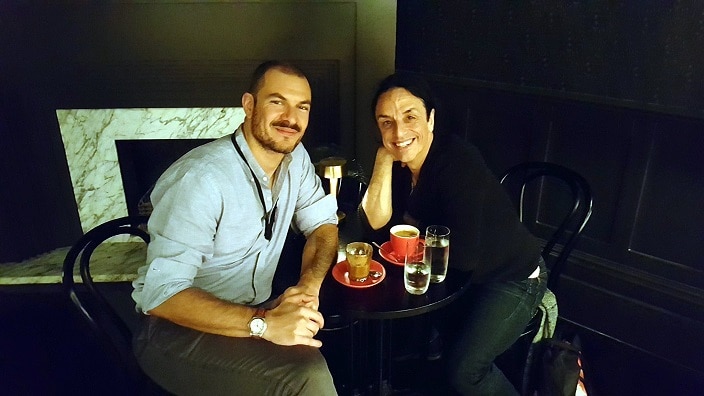 SBS Greek: How could we bring younger audiences in our country’s theatre?

Paul: I think the idea of getting young people to see the theatre is that they are introduced to the theatre when they're in school.

That's how I discovered and by accident. Our school was invited to do a mural for a production of the ancient Greek tragedy "Oresteia."

"I think the idea of getting young people to see the theatre is that they are introduced to the theatre when they're in school."

I'd never experienced theatre in my life and was completely flabbergasted by what was going on. That a group of adults was standing on a stage and saying all these words. The whole experience, the way they used their voices, the lighting, the text; it was one of the most exciting things.

I was a bit older when I saw a production at Nimrod Theatre in Darlinghurst, Syndey with Judy Davis, Colin Friels and Andy Byron. Three people were doing a production of ‘Miss Julie and the Bear’.

I was there with a group of school kids and it changed my life. There was a chemical reaction in my body as I later discovered that the Greeks created theatre and I felt like that with something in the blood in my blood.

For young people, if they are introduced to the theatre when they are young they have an understanding.  Hopefully when they leave school they are either involved or they continue to see it.

I think good theatre expresses what is going on in the world.

If people can identify themselves with television shows, it's a great connect. Like SBS’s ‘The Family Law’ with an Asian family life depicted there.

It’s like in the 80s when we had the shows like ‘Acropolis Now’ that reflected Greek characters because they tap into an audience that exists.

The full two seasons of The Family Law is streaming now at SBS On Demand in Chinese, Vietnamese and Korean as well as English. Watch the first episode now: 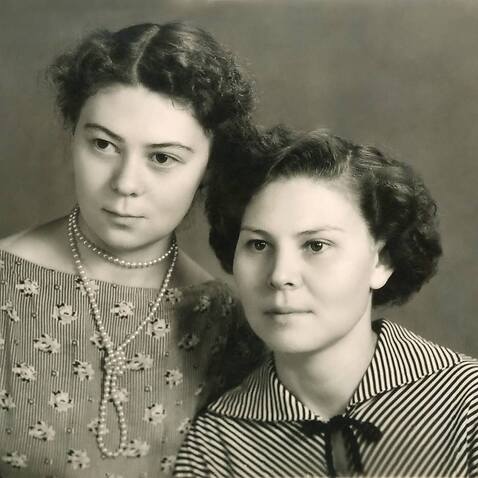 If you had just relocated to the other side of the world indefinitely, what would you do first? Remembering the 'Patris': the iconic ship that brought thousands of Greeks to Australia