Army reservist, Ramanpreet Singh Ahluwalia migrated to Australia in 2006. He came to Australia on a student visa and has served in many fields including hospitality management, security and taxi industry before joining Australian Army.

Born and raised in Mukatsar Sahib, Punjab, Raman always had a passion for Army.

Raman’s story is quite inspirational for all the young international students who come to Australia to pursue their dreams.

He is a turban wearing Sikh who came to Australia on a student visa and have done study course in hospitality management.

“My first few years in Australia was a great struggle! I remember the tough days when I had small scale jobs as a cook, a security supervisor and even I drove taxi and buses for few years” said Raman.

Talking about his passion for Army, he mentioned, “I am trying to follow footprints of my ancestors and try to do something for my country and community.”

While talking about his appearance and religious beliefs, he said, “the diversity is one of the key strengths of the Australian Army and I am proud to be part of it.”

“With dignity, my appearance as a "Sikh" also reminds me of the extra responsibilities that come my way. I am here to follow the footsteps of great Sikh soldiers who fought for noble causes with bravery and honesty.”

“I want to serve my country, and at the same time I have a deep down desire to remain true to my faith. In this regard, I am very thankful to Australian Army who helped me join forces with my full on appearance, with beard and turban!”

“I am immensely proud of my Army uniform as it gives me a sense of belonging – my uniform and my badge name as ‘Singh’ gives me an immense pleasure that I can’t describe.”

Raman also told SBS Punjabi why it is particularly important for Sikhs to serve in the military or police service.

“Sikhism has a long history of saint-soldier tradition. I was greatly influenced by my granddad who used to teach me that we can't have peace without justice. Moreover, I feel our religious and cultural values are directly in line with military values."

“Serving the nation and to have a sense of belonging when there are so many issues of ‘mistaken identity’ is quite crucial for me at a personal level. I always wished to be a front runner with my service, commitment and dignity.”

“My move to join Australian Army has earned me a lot of respect in friends, family and local community. And I will try to hold the flag high” said Raman in a telephonic conversation with SBS Radio’s Punjabi program. 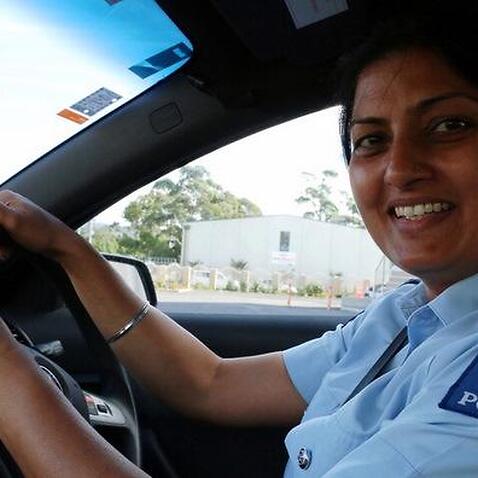