But it turned out a small typographical discrepancy landed him in a "scary situation" at an Indian airport. It was all to do with the difference between how Americans and Indians write their dates.

Kalanick told the story last week, when speaking at a public event hosted by Amitabh Kant, Indian tech-entrepreneur and the CEO of NITI Aayog (National Institution for Transforming India).

Kalanick explained how Kant had rescued him when he landed in India without a visa.

Kalanick arrived in New Delhi from Beijing only to discover that he did not have a visa to enter India.

"I had the dates on the visa. On the Indian visa, they go the opposite direction. If they were in the US, so November 12 would be 11/12 in the US and 12/11 here (in India). There was a misunderstanding and I flew from Beijing into Delhi without a visa and it was a scary situation," Kalanick told the audience.

The airport authorities were about to deport him and send him back to China before a high-level intervention saved him.

Kant explained, "And I had to wake up the Home Secretary and the Director of the Intelligence Bureau to get him in."

Kant was the Secretary of the Indian Department of Industrial Policy and Promotion at the time.

Clearly having learnt his lesson, Kalanick is now back in India again and began his tour on December 14.

Describing meeting Tendulkar in Mumbai as amazing, he said he loves cricket and for anybody to be "sitting next to an icon, somebody who is a champion at the highest level, is just an inspiring thing."

Learnt about a religion called cricket from the god himself! :) Thanks for having me over @sachin_rt pic.twitter.com/7mCRF8EmFI

A shared vision for serving India -- an inspiring visit with @RashtrapatiBhvn pic.twitter.com/nebty3bn4y 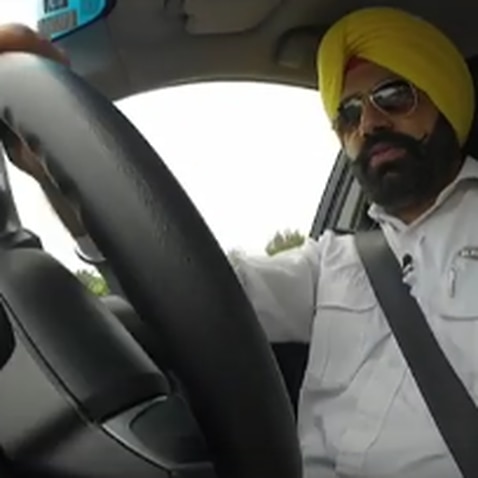