An Indian Navy ship is docked at Sydney port. And here’s what an Indian naval vessel is doing in Australia.

An Indian Navy ship is docked at Sydney port.

And here’s what an Indian naval vessel is doing in Australia.

INS Sumitra reached Sydney on Friday where it participated in the ongoing 'Festival of India' celebrations. INS Sumitra is an offshore patrol vessel under the command of K.P. Shreeshan and is on port call to Sydney in pursuance of India's Act East policy and outreach to friendly countries.

A report in the Financial Express states the ship will be berthed in Sydney from November 4 to 7 and take part in various activities like official calls, reception on board and professional interaction between personnel of the Indian and Australian navies. The visit is aimed at strengthening bilateral ties and maritime security cooperation.

The ship is open to visitors.

India has organised 'Confluence' festival in Australia from August to November. It was announced by Prime Minister Narendra Modi during his visit to Australia in November 2014.

PASSEX is conducted between the two navies to ensure they are capable of communicating with each other in times of war and humanitarian relief. Confluence Festival Of India In Australia 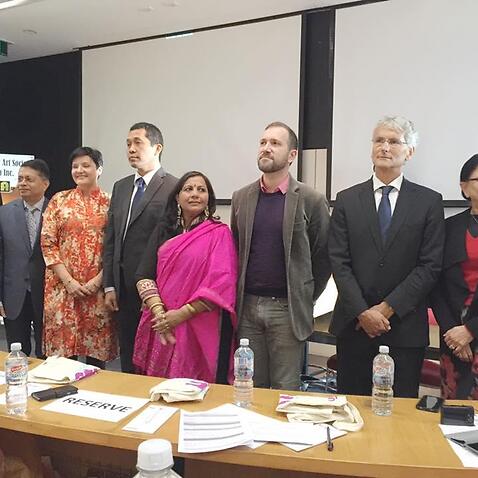 Watch the video: Yoga atop the Sydney Harbour Bridge