After a lull period, Australia’s mining industry is said to be gathering steam and potentially moving toward another boom.

With production ramping up and mineral exploration receiving fresh investment, mining companies across the country, especially in Western Australia and Queensland, are calling out for skilled and unskilled workers to join their workforce.

The latest data from job portal SEEK shows thousands of positions up for grabs, offering salaries paying well over $150,000 for experienced workers and an average of $80,000-100,000 for the entry-level workforce. An entry-level worker in the mines could earn about $28 per hour, says Mining People International’s General Manager of Workforce Operations in Kalgoorlie Shane Moore.

“Working two weeks on, one week off the roster that equates to about an $82,000 base salary,” Moore told Mining People International.

But while the hourly rate might be comparable to work outside of the mining industry, it is the number of hours available that enables a starter or an unskilled person to earn a hefty paycheck.

For skilled employees, the sector also provides a fly-in-fly-out or FIFO option, allowing workers to fly to a mine site and then fly back homes instead of relocating permanently to remote areas. 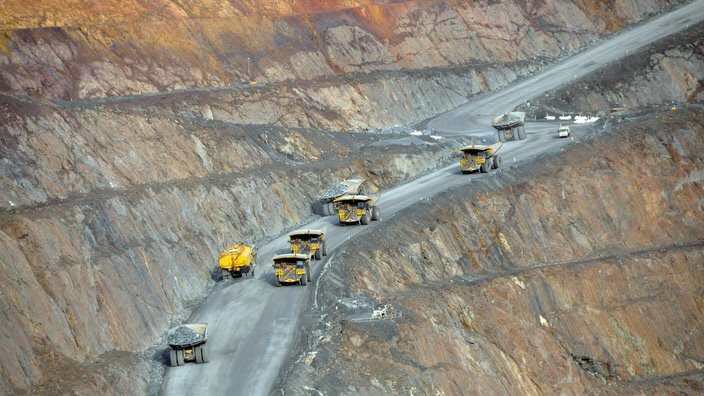 Yet while the incentives are rewarding, working conditions on the ground are particularly difficult, warns HeadUp, a Beyond Blue campaign providing businesses with advice on mental health in the workplace.

Workers must often pull long hours in harsh climate conditions, away from the family for months and often in remote areas with poor access to mental health support services.

Karalyn Brown, the founder of career marketing consultancy InterviewIQ, told SBS Punjabi that the reasons behind their reluctance stem from the feedback of workers who have previously worked in the industry.

“I think the word of mouth about the actual conditions people work in and the impact of isolation on family relationships has played a part in lessening demand,” Ms Brown said.

As a result, industry recruiters are in a quandary and experts agree that it’s going to be harder to engage workers than in previous years. Christmas Creek mine in Pilbara in Western Australia
Supplied

Where will the workers come from?

Recruiters will have to look at overseas workers from South East Asia and the Middle East and India, said Romano Sala Tenna, a Corporate Adviser at Katana Asset Management, to ABC News.

For those who are thinking of applying despite these challenges, the good news is that the mining industry is reputedly ready to grow and a lot is up for grabs - as long as you are ready for the conditions on the ground.

Here are some tips Recruitment consultant Richard Howe wrote in his blog posted on InterviewIQ for those who are looking to apply for mining jobs in the near future: