Billionaire Sanjeev Gupta has committed to a range of large-scale renewable energy projects in South Australia.

Sanjeev Gupta is an Indian-born businessman who studies at Cambridge and is said to be an environment-minded billionaire. He is the executive chairman of a London-based Liberty House Group.

Earlier this year, Sanjeev Gupta had saved the struggling Arrium steelworks in Whyalla when it went into voluntary administration due to a huge debt of four billion dollars. Now, according to The Advertiser, the British billionaire has committed to a range of large-scale renewable energy projects in South Australia, including a 100MWh lithium-ion battery that will be built in Port Augusta nearby the now closed Northern power station, and will be plugged into the 275kV Davenport connection. The battery itself is said to cost somewhere around $100 million and would be operational in the first quarter of 2019. 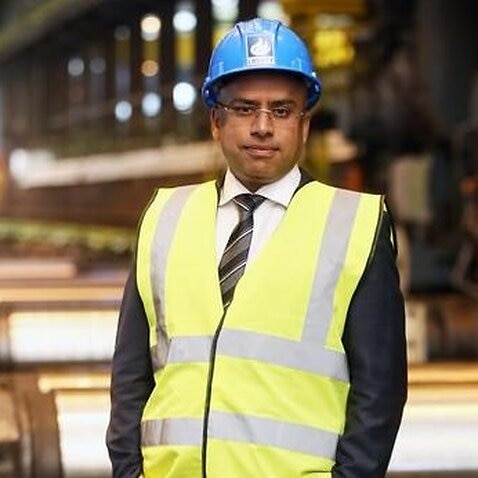 The plan, understood to be worth up to $700 million, was revealed by Mr Gupta yesterday after ZEN’s first board meeting since GFG took a controlling stake last month.

Outgoing ZEN chairman Ross Garnaut said that the battery was “very similar in size” to the one being built by Elon Musk and his Tesla company at Jamestown as part of the State Government’s energy plan. ZEN energy board meeting regarding renewable projects in Whyalla.
Twitter

The other projects endorsed by ZEN’s board are 200MW of solar PV in Whyalla in which 80MW will be within Whyalla Council’s industrial area and the remainder on the adjacent land owned by GFG – and 100MW of “demand response” at the Whyalla steelworks and other industrial sites.

These projects are expected to be up and running by early 2019.

The development of 120MW/600MWh of pumped hydro at a disused iron ore mine pit in the Middleback Ranges is expected to be completed by the end of 2020. An additional 480MW of solar capacity will be installed “in due course” to support the expansion of industrial capacity in Whyalla and industrial loads elsewhere in SA.

These first steps in SA will improve reliability and greatly reduce costs of electricity in our own steelworks at Whyalla, and provide competitive sources of power for other industrial and commercial users,” Mr Gupta said.