Sydney based tech consultancy, Mobiddiction, has been awarded the Excellence in Innovation Award at the 2018 India Australia Business & Community Awards held at Brisbane City Hall.

The award celebrates the Australian-Indian relationship that honours migrant entrepreneurship and community leadership, with the aim of forging strong ties between the residents of both countries.

Mobiddiction, led by Mrudul Vasavada, beat 37 other nominations for the award; it was the first time this category had been included.

The company develops applications which have been used by various Australian government sectors for many years.

From call centre to boss, Mrudul has come a long way

Mrudul's journey in Australia is no different from any other migrant's journey. He came to Australia in 1999 on a student visa. Initially, he worked in a call centre where he developed his customer marketing skills before becoming a successful entrepreneur.

After completing a Masters Degree in Design and in Business Administrations, Mrudul worked for Telstra for five years. Then, he started his own venture.

"Once, I was talking to my friend about the future of the mobile phone world and I realized that our habits are going to change," he says.

"In 2003-04, I registered the name "Mobiddiction" as I was an addict myself with my mobile phone." "Our mobile applications are used by government organizations which provide insights and gives detailed information in order to streamline their strategies on any particular issue," he said.

"We also manage "SharkSmart" which is one of programs part of NSW Shark Management Strategy and a statewide Department of Primary Industries (DPI-NSW) initiative to help swimmers, surfers and other water users in NSW to be aware of how to minimise the risk of being in waters where Sharks may be present. The SharkSmart App sends out real-time notifications through the aerial surveillance team to a mobile when tagged sharks are detected via listening stations in NSW waters."

"The idea about the application is not to scare people but to educate them."

Another app, Wild About Whales, is used by the National Parks of New South Wales, gathers the data about the location of whales in order to encourage tourism.

By downloading the application, tourist can find the location of whales. Previously, it was difficult to find a whale's exact location, and so far this season, the application has reached 7000 sightings.

The organization is working closely with various government departments to make useful applications and spends time researching issues before taking on any project.

Networking the key to success

According to Mrudul, communicating effectively and networking is important. 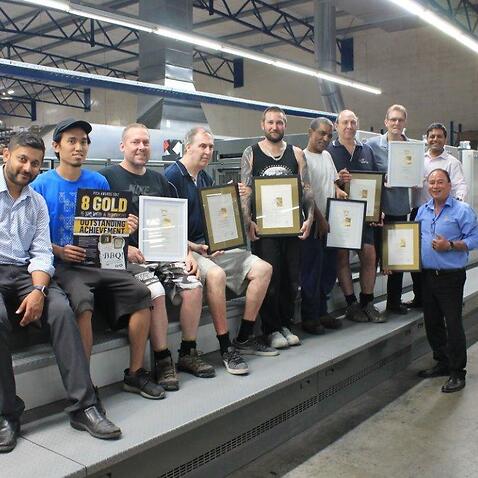 Mrudul says he started his company from humble beginnings.

"It was my dream to have an office in the CBD. Initially, I started the office with one table and two chairs, but now we have a big office with a nice view of the city."

Mrudul says he believes that automation will play a crucial role in human life in the future - technology will increase production capacity in factories while at the same time reducing the need for human effort.  He believes that many small companies and brands will need to be innovative to stay in the market.

“Our consumption trends are changing and the younger generation will come with great ideas,“

Every person has different knowledge and has a different background.

"Having the right people for the project is very important. I have a diverse team of people with various talents from Indonesia, Korea, Australia, Britain, and China who come in with various skill sets and with innovative ideas”.