Census 2016 data reveals Indians form one of the top five sources of migrants in Australia, with hindi-speaking population and those identifying as Hindus going up in last five years.

The results of our latest national Census reveal are in and it reveals who we are, where we live, what we do, how we work and how we lead our lives.

The majority of Australians continue to live in the eastern mainland states. Almost 80% lived in New South Wales, Victoria, Queensland and the Australian Capital Territory in 2016.

One of the most significant outcomes of Census 2016 is the amount of people born overseas has gone up by almost 1 million people in last five years.

While England and New Zealand remained the most common countries of birth after Australia, the proportion of people born in China and India has increased since 2011.

Today, people born in India are 1.9% of the Australian population. 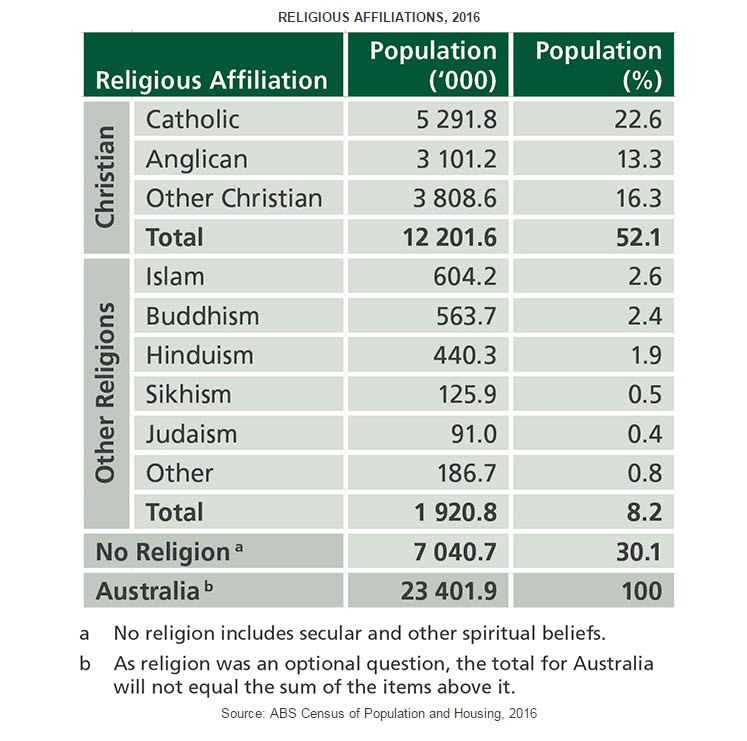 Hindi came out as top Indian language spoken at home in Australia.

While English remained the main language spoken, Census data showed that more than one-fifth (21%) of Australians spoke a language other than English at home. Mandarin remained the next most commonly spoken language (2.5% of the total population), but there have been increases in the proportion of the population speaking Hindi (from 0.5% to 0.7%) and Punjabi (from 0.3% to 0.6%).