When Western pop was preoccupied with the Spice Girls, in 90s India it was all about Indipop, and Daler Mehndi was the most iconic of the bunch.

The decade of the 1990s is known for bringing Indipop to India. It was also the first time India heard Punjabi folk in a whole new form, thanks to the iconic Daler Mehndi.

Mehndi's new Indipop style, that fused the traditional, with the pop, helped create an alternative Indian music industry to the Bollywood film music and songs that dominated the charts.

Apart from his energetic dance songs, Mehndi brought a very distinctive voice quality that was equally matched by his colourful turban and long flowing robes.

Listen to Pandit's full interview with SBS Hindi below:

Mohit Pandit notes that Daler Mehndi’s “recipe for creating successful Indipop music was that he was grounded in his roots for inspiration. In addition, he created a formula for lyrics used in his dance numbers. This was based on repetition of certain words that people liked to croon.”

“Daler Mehndi was the first artist to take centre stage in a Bollywood film, alongside Amitabh Bachchan, rather than stay as a background singer like most of his contemporaries,” adds Mohit Pandit.

But, it was Mehndi’s ‘Tunak Tunak Tun’ (1998) with it's legendary colourful music video that brought him international acclaim.

In 2014, iconic EDM artist Deadmau5 remixed ‘Tunak Tunak Tun’ and performed along with Mehndi at the Sunburn festival in Delhi.

Various YouTubers soon began impersonating him and a video game company also incorporated this dance number in their game ‘World of Warcraft’.

And then there was this video that immortalized Daler Mehndi for a whole new generation and genre.

And then this viral video of Chinese baby eating food took 'Tunak Tunak Tun' to a whole new level.

Today, Indian Indipop is known as pre- and post-Daler Mehndi era of music. 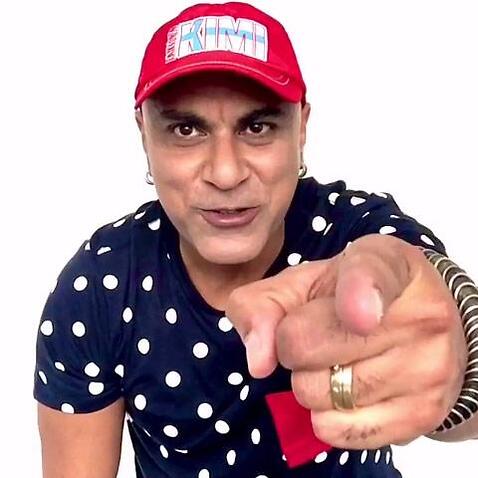