A new visa will make it easier for migrants to have their parents visit them in Australia.

"Aged parents are also an asset to their families…families are the fundamental building blocks to their society."

The legislation would be informed by community leaders making submissions about the policy's features.

"Today I'm announcing that the Turnbull government will consult widely so that the setting for this visa enables the most options."

Members of Indian community in Australia have been urging the political parties over a year to create an alternative to the current parent visa streams. The issue picked up steam before the federal elections following which the political parties had made announcements to cater to need of family reunion. 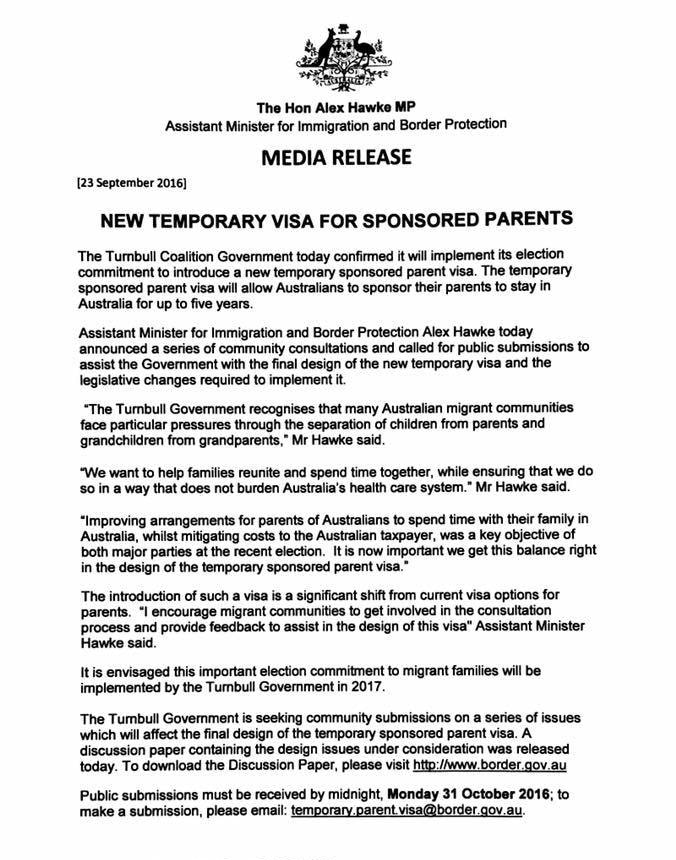