Masked thieves have threatened to kill witnesses who watched them make their way into a supermarket in Melbourne’s west. Nearly $50,000 worth of cigarettes were stolen during the robbery.

A CCTV video shown by 7 News Melbourne shows the thieves use extreme and desperate measures to break into Melton West Foodworks supermarket. The masked thieves tried to use bolt cutters and a knife to break in to the supermarket before tying the door with a strap to the back of the car and pulling the supermarket door open.

Even while the security alarm was going off, one thief targeted the cigarette locker while one kept watch outside who also threatened to kill a couple who called the police.

“The guy turned around with a gun and sort of pointed at him and said I’ve got a gun and I know where you live” said witness Terecia Page.

It took the thieves six minutes to ransack the shop and they ran back and forth from the ute filling the tray with $45,000 worth of cigarettes and the till.

“They had no regard that they had been seen or were being watched.” Terecia said.

Harman Dhillon told & News that he had worked hard to set up his business and that the thieves should try to live a good life too.

“We work hard to get to here. If they want to live a good life, they should work hard rather than just trying to steal from people” he said.

“A short pursuit has taken place and has been terminated and the vehicles were last seen near Plumpton road,” said Det snr constable Justin Watkins from Victoria police. 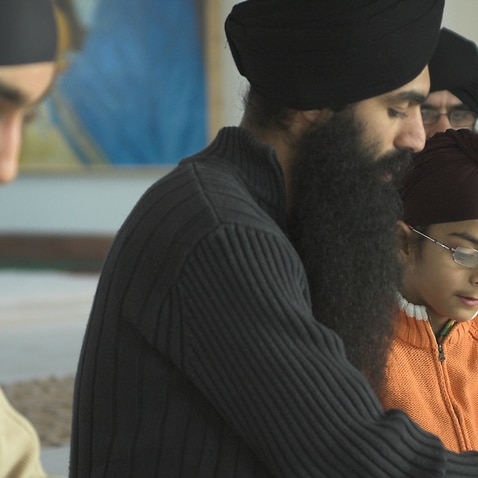