To say it was a rocky year in global politics would be an understatement, but the past 12 months in domestic politics have also been a wild ride.

If you’ve forgotten all about what happened in Australian politics in 2016, or simply (and understandably), have blocked it from your memory, prepare for a recap.

So sit back, relax while we go over the highs, and many, many lows, that Australians witnessed in 2016.

It began with Malcolm Turnbull on a smooth trajectory - public optimism opinion polls had voter support for the prime minister at 53 per cent. It was really looking like his year to lose, until, well, he nearly did. Mr Turnbull – the man who highlighted the government’s consistent failing in Newspolls as justification for toppling Tony Abbott – went on to lose eight of his own, in a row, and now ends his year with voter support at its lowest level since he seized power in September 2015.

As part of the Turnbull Government’s promised tax reform package, the prime minister confirmed that changes to the GST were “on the table”, however, he then quickly decided against that idea. Perhaps sensing the Opposition may be able to execute an effective scare campaign, the proposal was killed off. But the concept of raising consumption tax wouldn’t die.

With GST changes now out of the picture, the Turnbull Government needed to find a new way to raise revenue – the states and territories were crying poor, and wanted more for health and education. So the prime minister flagged a new idea. One morning in March, standing on a rugby league field with the Penrith Panthers, Mr Turnbull announced a “once in a generation” reform which would allow the states and territories to gain their own income tax powers. Two days later the prime minister met with premiers and chief ministers who rejected the idea. So, that was that.

After announcing changes to Senate voting at the start of 2016, the government’s reforms passed through both houses of parliament in March. After a marathon sitting which lasted more than 28 hours straight, the prime minister’s early election plan was set.

A snap press conference was called where it was announced that both the House of Representatives and the Senate were to be recalled where they’d be asked to pass two industrial relations bills which had already been rejected.

“(If) the Senate does not pass the ABCC bills and the registered organisations bill, in the very considerable time that have now been allotted to them, then we will be heading towards a double dissolution,” Prime Minister Turnbull said.

As a result of the special sitting Malcolm Turnbull announced the Federal Budget was to be brought forward by a week, as the government needed to get legislation through before any election.

The vital industrial relations legislation was, as expected, rejected and Mr Turnbull used Mother’s Day to announce Australians were going to the polls.

So it began. A marathon eight-week election campaign in which the government had a 90 seat buffer to Labor’s 55. The election saw the Opposition propose to tax people more in order to spend extra on services, and the Government try to sell its plan to cut company taxes. There was a little more to it than that:

The Coalition won the election, however, did so with a disastrous one-seat majority, meaning it’ll be a very tough three years of governing. It proved just how difficult when the Turnbull Government became the first government to lose a vote in the House of Representatives in 50 years.

Mr Turnbull’s plan to clear out the Senate by sending Australians to the polls early also backfired spectacularly with the crossbench expanding from eight to 11. Now larger, and more feisty, the new Senate has already proved difficult for the Government. Nick Xenophon gained two extra senators and one MP in the House of Representatives; former broadcaster Derryn Hinch was voted in; and Pauline Hanson returned with three team members along for the ride. 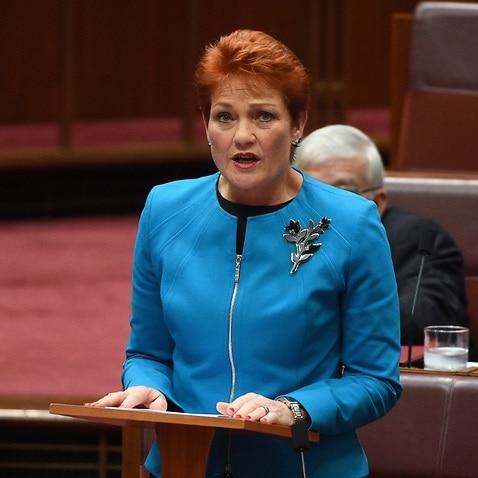 The Abbott Government decided in late 2015 that same-sex marriage should be an issue decided by the people of Australia, rather than elected individuals, and decided to hold a plebiscite. While Malcolm Turnbull personally supports the idea of legalising same-sex marriage, many in his party do not, and he decided to stick to the status quo.

Prime Minister Turnbull’s cabinet signed off on the proposal for a plebiscite to be held on 11 February 2017, however, the policy still needed to be legislated.

While the bill passed the lower house it failed in the Senate 33 votes to 29, after Labor, the Greens and the Nick Xenophon Team voted in a bloc against the policy.

It was estimated to cost $160 million, with Australians to have been asked “Do you support a change in the law to allow same-sex couples to marry?”

2016 was the year of resignations with Federal Trade Minister Andrew Robb, Nationals Leader Warren Truss and Father of the House Philip Ruddock all announcing their retirement.

Former Speaker Bronwyn Bishop lost in a pre-selection battle to keep her northern Sydney seat of Mackellar, which she’d held for 22 years. She didn’t say much on the night except that it was, "an honour to serve the people of Mackellar."

In February, after weeks of pressure, then Human Services Minister Stuart Robert resigned from the Turnbull Ministry. He came under fire for a private trip to China in 2014 where it appeared he used his position as an assistant minister to help a friend and Liberal Party donor.

It wasn’t all smooth sailing for Labor, though, with high profile frontbencher Sam Dastyari stepping down after getting a Chinese-linked company to pay his $1,600 travel debt. Bill Shorten took a hit for defending his ally right until the end, believing he deserved a second chance. No second chances though, not yet, with Senator Dastyari back to the backbench.

Malcolm Turnbull ended his parliamentary year on a high with the 45th Parliament passing those industrial relations bills (the same ones we went to an election for) as well as providing farmers certainty by lowering the backpacker tax to 15 per cent.

But 2017 is going to be an interesting year with the prime minister under mounting pressure to appease those conservative right factions of the Liberal and National parties. Former Prime Minister Tony Abbott already made multiple appearances this year, recently offered his opinion that his successor has shifted more to the “centre-right”, and no doubt he’ll be back with some New Year resolutions.

Donald Trump’s victory in the US has also emboldened those who until now may have remained quiet about Malcolm Turnbull’s direction, and with only a one-seat majority to cling to, expect those voices to get louder in 2017.